A BABY girl found dead at a recycling plant eight months ago will be buried with her teddy – as her mum remains missing.

The tragic tot, named Daisy, was discovered wrapped in a pink beach towel by workers in Bradford, West Yorks, in August. 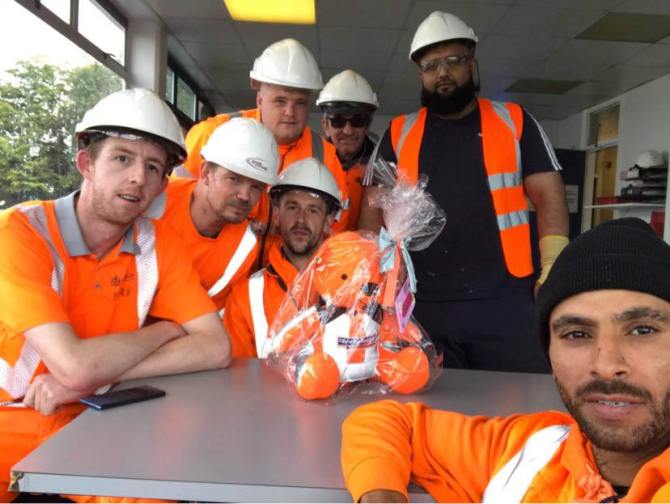 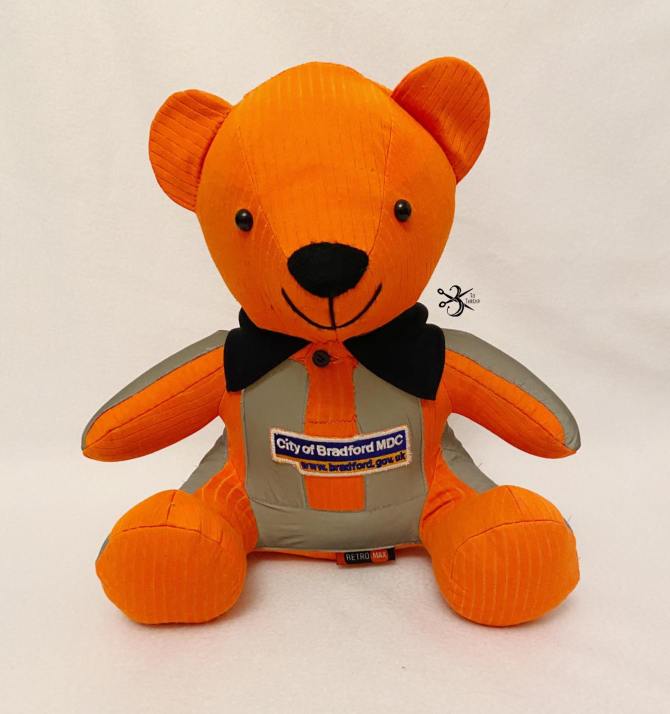 A frantic search was launched for the baby's mum but she has never been found.

Now baby Daisy will be laid to rest on Tuesday with a teddy made using the hi-vis jacket of one of the workers who found and named her.

Her body was released earlier this month following an inquest with Bradford City Council confirming the details today.

They said a service will take place at midday on Tuesday at Bradford Cathedral attended by the workers who found her and police.

Co-op Funeral Directors have agreed to organise the funeral for free with flowers being donated by a local florist, Bloom.

Cllr Susan Hinchcliffe, Leader of Bradford Council, said: “We thought that this was the least we could do to make sure the little girl whose physical existence was so fleeting on this planet, will have the opportunity to live on in our memories with this service.

“We may not know who her natural family is, but all of us in Bradford district are now her family. Having a funeral service organised by the Council, demonstrates that the city considers her one of our own. We are all so sorry that she has been lost to us.”

Craftswoman Tarah Finlay, who made the bear, said she was "heartbroken" over the baby's death.

The mum-of-two, from Leeds, said: "A couple of days later, I was contacted on Facebook asking if I could help.

"I was incredibly busy at the time but there was no way I could turn the job down, it was so sad and I wanted to help if I could.

"I got it done in about two days because I was told it needed to be in time for the baby's funeral." 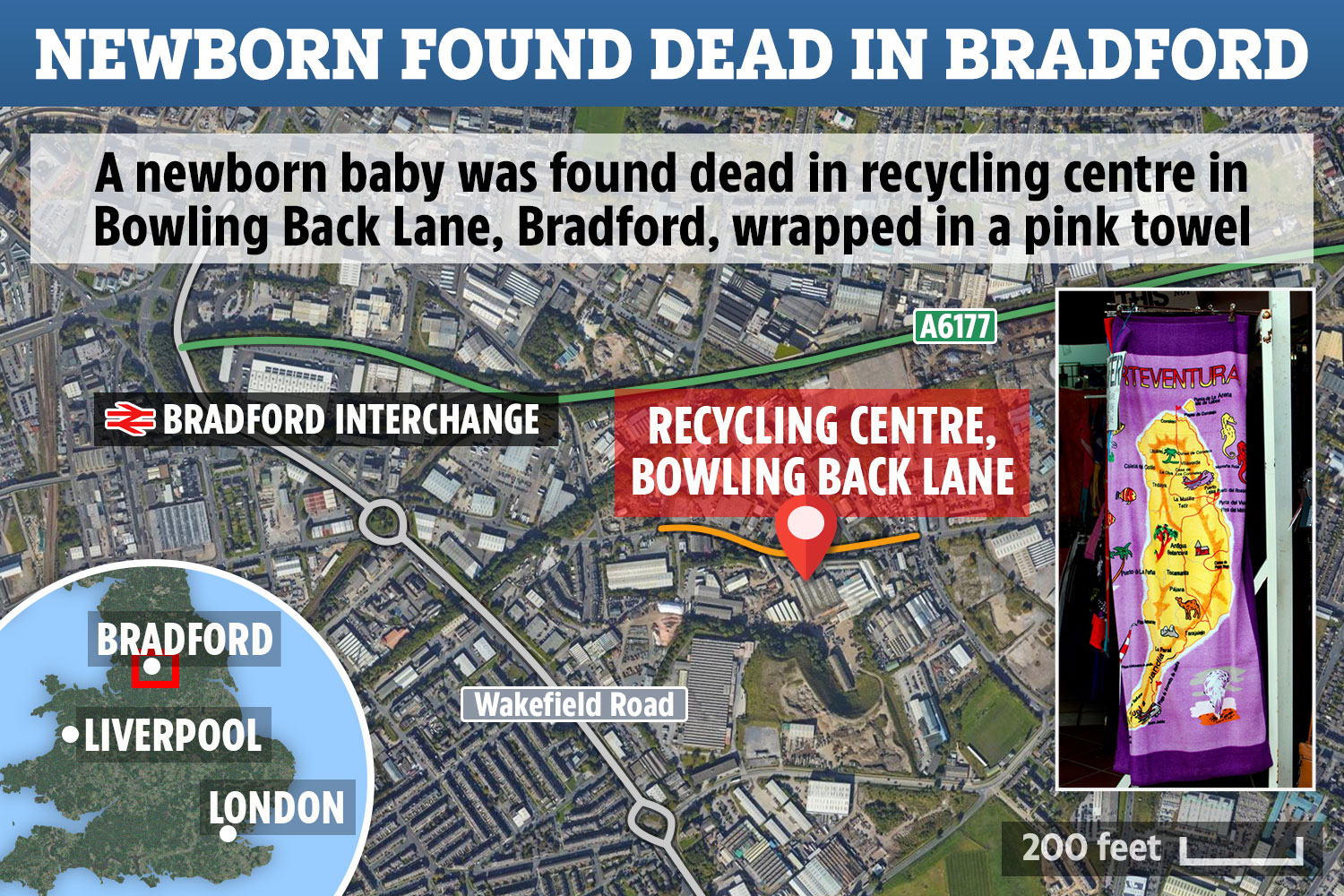 Tarah runs 3tothread, an independent business that makes memorial items such as bears and blankets.

She added: "I definitely thought about the meaning behind the bear as I was making it and that really spurred me on to do a good job.

"It was definitely the first and only time I've ever used high-vis as a material. In this case it made a lot of sense and was a really nice gesture."

The inquest heard how officers launched a search for the baby's mum over fears she needed urgent medical attention.

But months on, no one has come forward – and the baby remains unidentified. 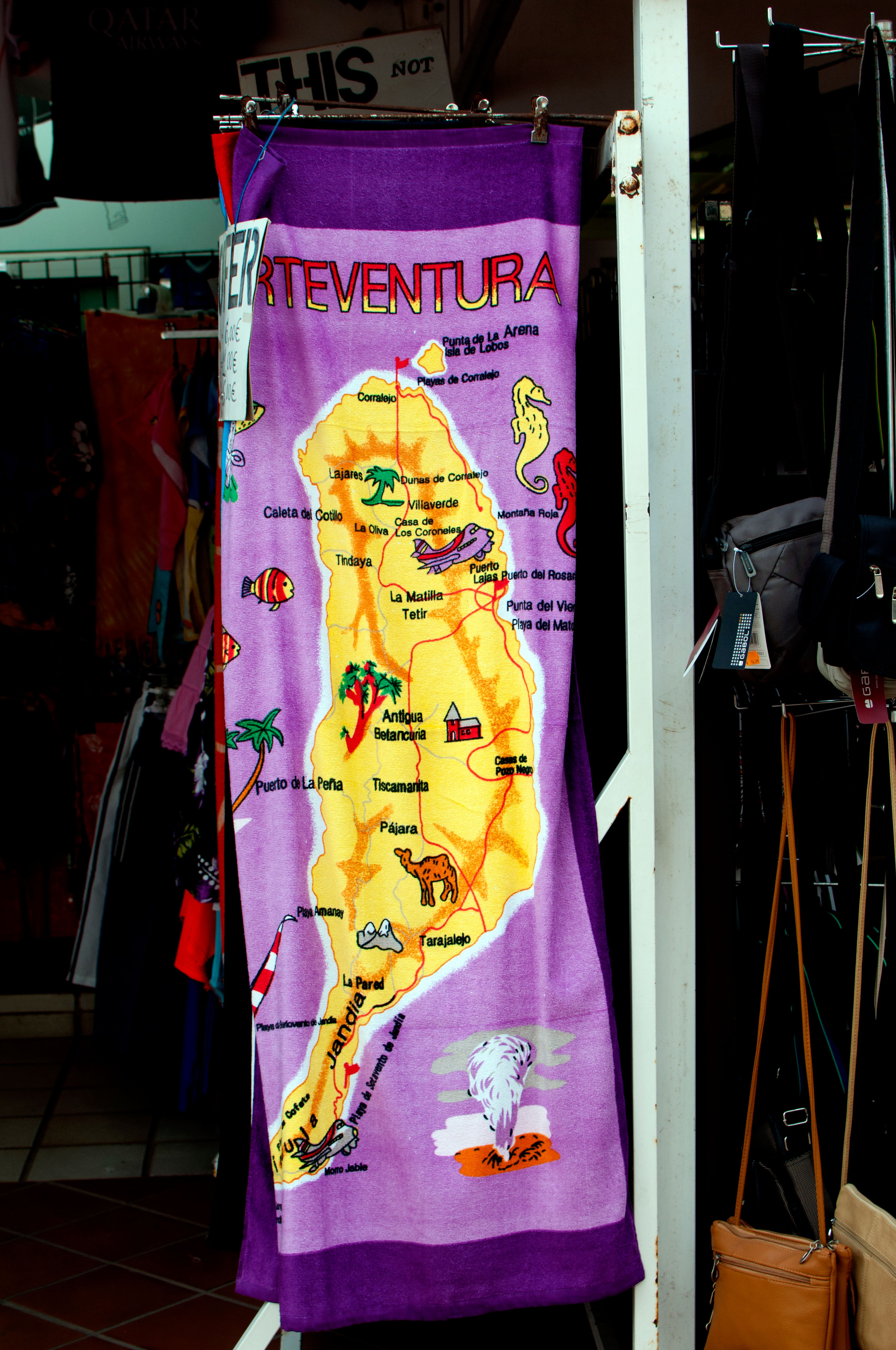 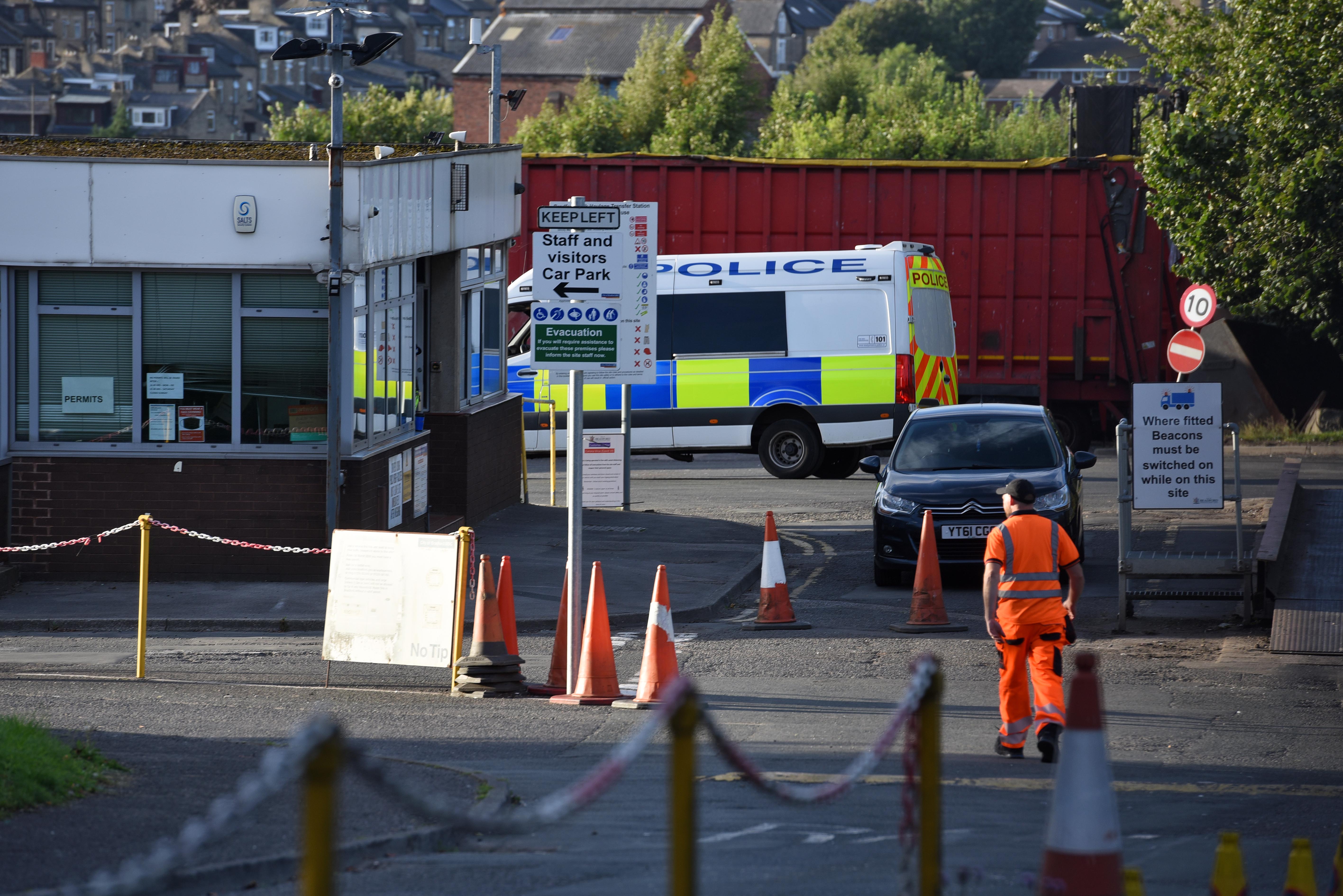 Lionel Mairs, 31, was one of the crew who found the tiny girl at Household Waste Recycling Centre in Bowling Back Lane.

His partner Laura Pratt, 26, who commissioned the bear, said: "Lionel was really upset and devastated about what happened, but this bear has helped him.

"Originally, the baby was going to have nothing, so it has brought all the team comfort knowing that Daisy will have this bear with her.

"The bear is orange and wearing the work uniform, so it's sort of like they will always be with her and she won't be on her own."

Cops had released an image of a striking towel similar to the one the little girl was found wrapped in.

The towel features a large yellow map of Fuerteventura in the Canary Islands as well as small images of fish, sea horses and a palm tree.

Bradford Council Chief Executive Kersten England said: “Our thoughts and prayers go out to the mother and we hope she receives solace from our efforts to provide the most compassionate service for her daughter.

“We want her to know that she too has not been forgotten and we would encourage her to come forward to get help with her bereavement so she does not have to face it alone.”

In a statement released in August, police said: "A post-mortem examination has been conducted and it believed the baby was stillborn.

"It is likely that this may have been a concealed pregnancy and the baby was not born in a hospital setting, so the mum of the baby may need urgent medical attention.

"Police and partner agencies are extremely concerned about the mum of the baby and are urging her or any friends or family members to come forward to help us give her the help and support she may need." 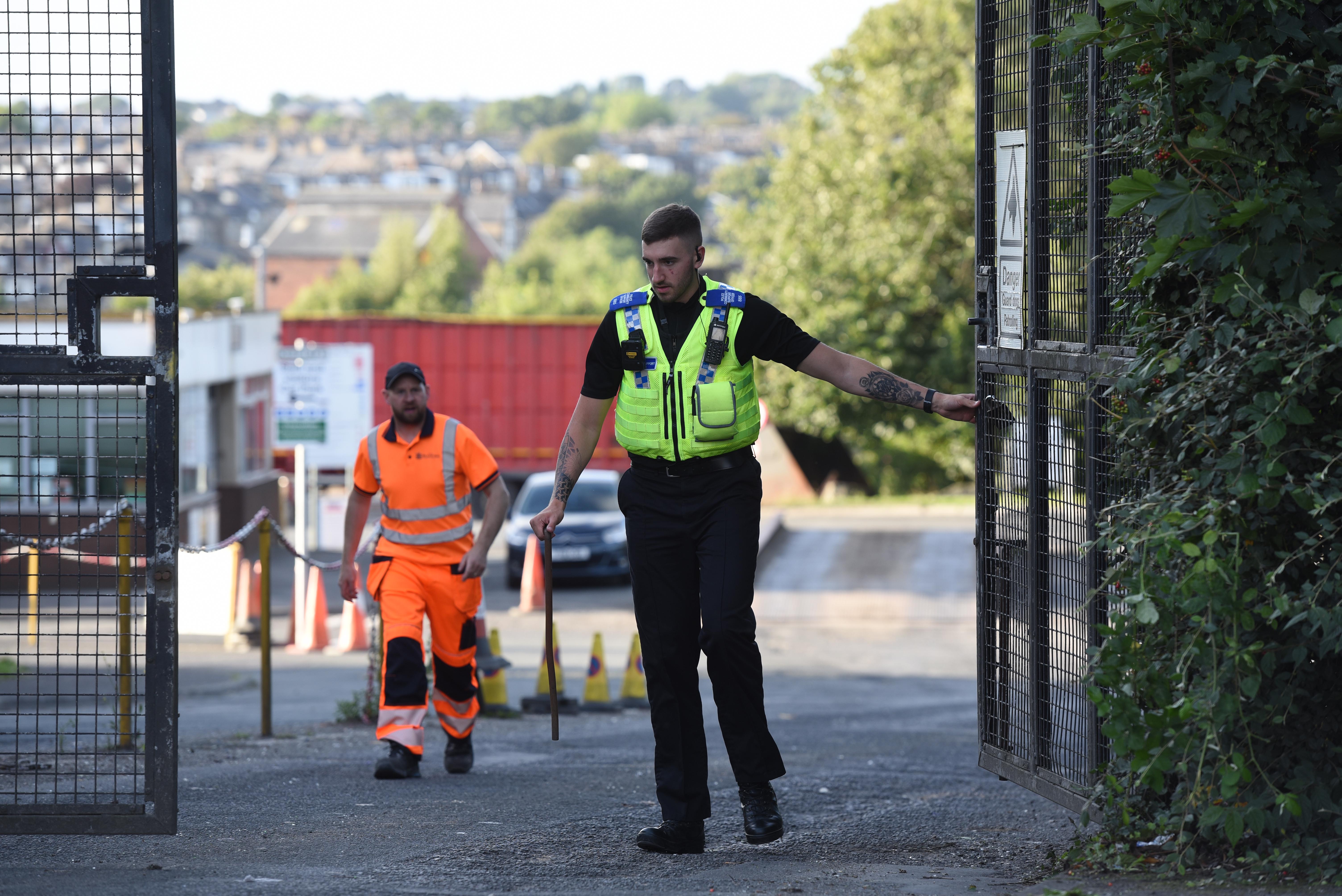 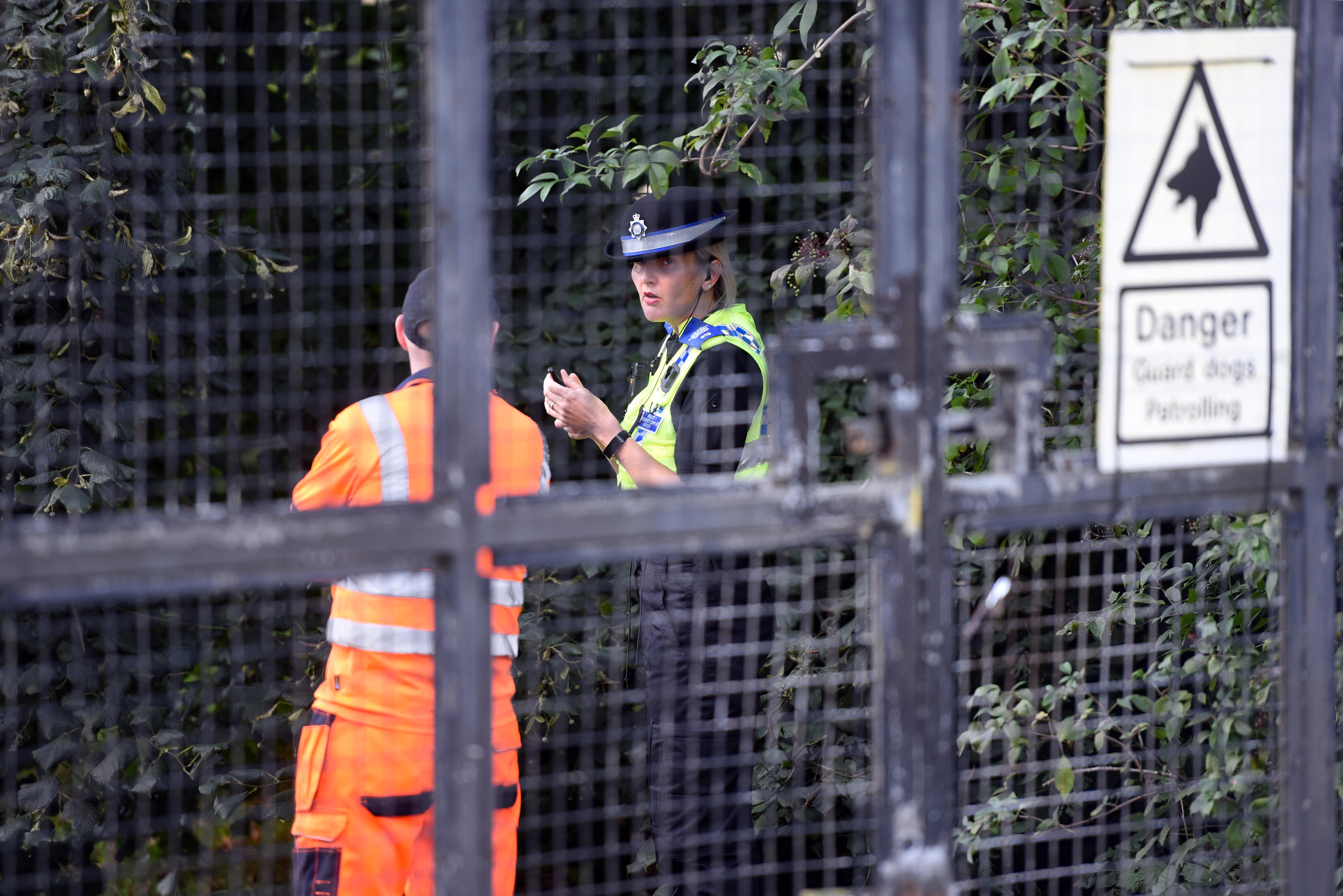 Scientists identify the smallest unit of time ever measured

How I Save: The 26-year-old in London who's had therapy for her money anxiety