Attention now turns to Meghan's "new role", and how she will carry it out. But how will we, the public, respond as the Duchess of Sussex steps into her royal shoes? And how long will it be before our applause for the former Ms Markle's grace and composure – the cry that "she's a natural" – give way to a lament that she's "such an actress"? Because make no mistake, for all the rapturous post-wedding praise, the backlash, if it hasn't already started rumbling, is certainly about to begin. 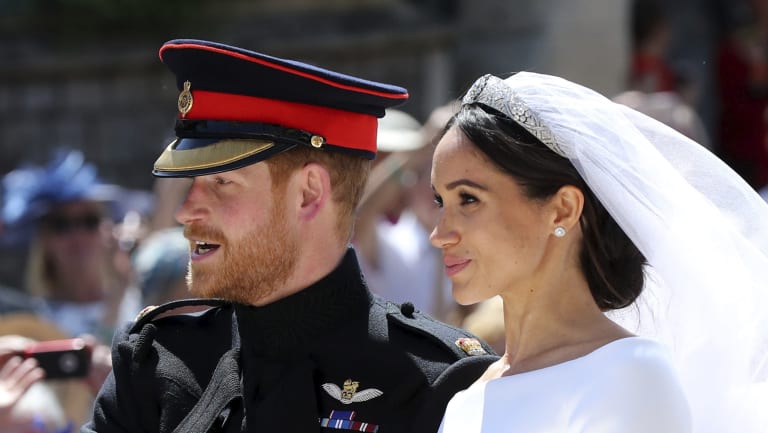 Even those of us who view the new duchess as a good thing – a feminist, who had a job and has been around the block – can see where the fault lines may start to appear.

History suggests we have form here. At the outset, Diana, Princess of Wales, was deemed a suitably innocent future Queen. Before long she became a naive maniac. Sarah, Duchess of York was great fun – until she was rebranded as too much of it. Catherine, Duchess of Cambridge was a picture-perfect bride but later dismissed as a "jointed doll" by the writer Hilary Mantel, and no-one even spares a thought for Sophie, Countess of Wessex, praised for being an ordinary middle-class girl, before being ignored for being one.

Even those of us who view the new duchess as a good thing – a feminist, who had a job and has been around the block – can see where the fault lines may start to appear.

Actress is top of the list – for the Duchess of Sussex is always acting, that's what makes her so good at it all. Consider the occasion when the "Fab Four" – William, Kate, Harry and Meghan – talked about mental health. The less fabulous three were frequently caught looking bored. Ms Markle's face was never other than rapturous with angelic interest. It was an incredible performance, but a performance nonetheless.

Then there's the suggestion that perhaps, she is every bit as socially ambitious as the roundly ridiculed "Wisteria Sister" Kate Cambridge, albeit in a less anachronistic guise. I'm still haunted by the Becky Sharp aspect of her arranging a date with television presenter Piers Morgan on her first arrival in Blighty. It was a friendship she then dropped, like so many of her former relationships; her side of the chapel on Saturday comprised Toronto's flashier upwardly-mobile rather than lifelong allies.

And let's not also forget the lifestyle website, "The Tig", named after her favourite wine, Tiganello – not an "I heart booze" statement, rather an index of loving the high life at $250 a pop. Perhaps most disingenuous was the claim not to have known anything about Prince Harry, when she is said by unkinder acquaintances to have been a froth-mouthed Diana acolyte.

It can't be long, then, before Meghan's poise is interpreted as pretence. After all, there will be mistakes: even the sainted Sophie had misadventures.

However, in the face of potential teething problems we need to keep our heads, resist the backlash and cling onto why we first liked Ms Markle: namely for her sass, modernity and that fairy-dust sprinkling of La La Land fabulousness.

Small bookstores are booming after nearly being wiped out