A newly released ballistics report from the Kentucky State Police calls into question Daniel Cameron’s statements on what happened the tragic night Breonna Taylor was shot and killed.

At a press conference last Wednesday, the Kentucky AG told reporters that Lousiville Metro Police officer Myles Cosgrove and Sgt. Jonathan Mattingly were not charged in the death of Breonna Taylor because their findings showed that authorities were returning fire after a bullet from Taylor’s boyfriend, Kenneth Walker, tore through Mattingly’s thigh. However, according to the Kentucky State Police (KSP) report obtained by The Louisville Courier Journal, that information is inconclusive.

“Due to limited markings of comparative value,” the KSP report concludes, in part, the 9-mm bullet that struck Mattingly could not be “identified nor eliminated as having been fired” from Walker’s gun.

Cameron noted that “friendly fire” from former Louisville Metro Police officer Brett Hankison was ruled out because they determined Mattingly was hit by a 9-mm bullet, and Hankison, as well as the other officers, were carrying .40 caliber handguns. However, during a CNN appearance last week, Walker’s attorney shared that Hankison had been issued a 9-mm weapon by the department. 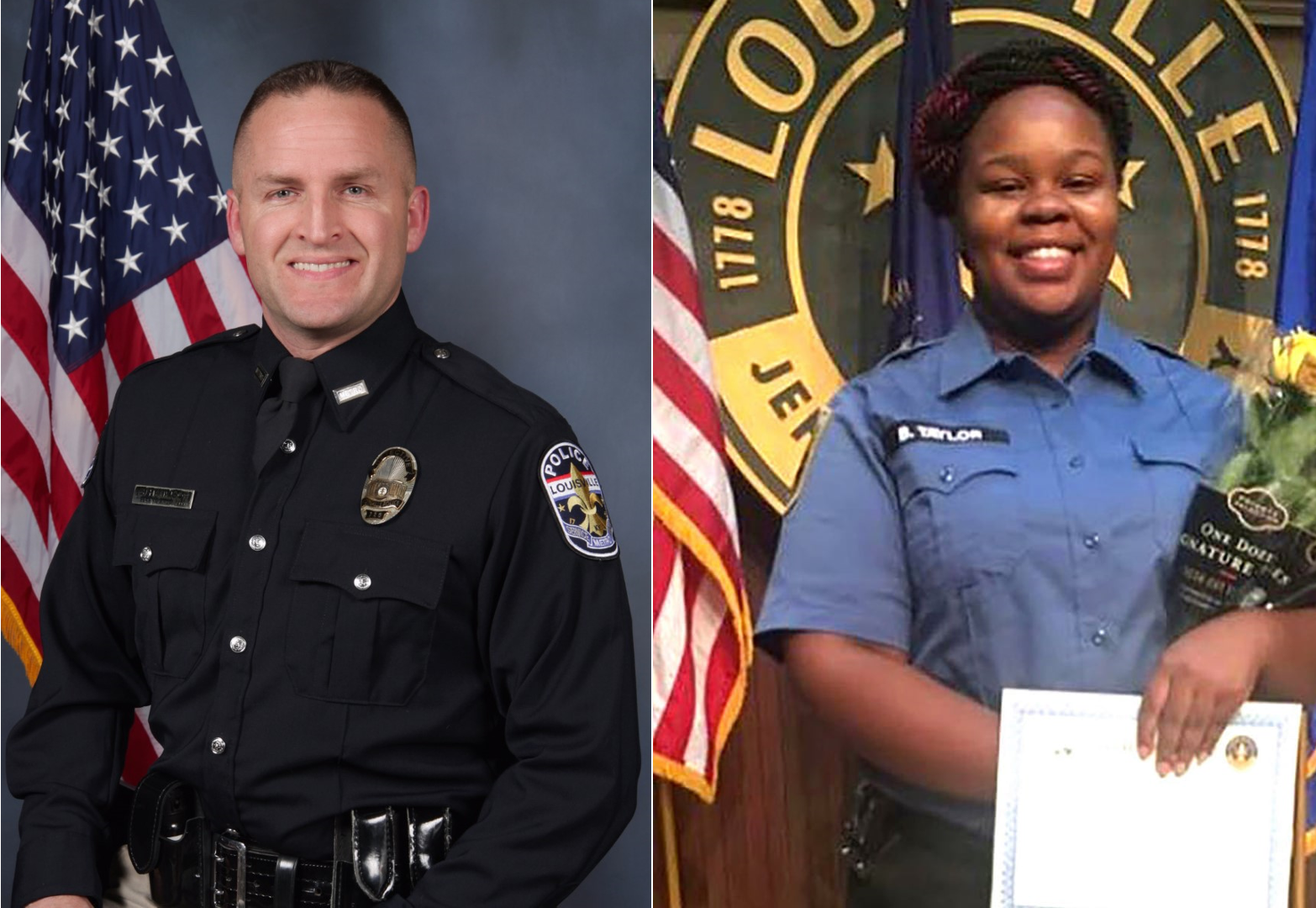 Walker, from the onset of the case, has maintained that he did fire a shot while officers were present, but he has described it as a warning shot to ward off whom he believed at the time to be intruders attempting to break into his girlfriend’s home. An earlier New York Times report suggested Walker carried the registered gun for protection against Taylor’s ex-boyfriend whom he said had tried to enter the home at a time when he was present.

Walker’s attorneys have filed a court motion asking that the grand jury transcript, including the ballistics report, and the full report on the investigation by the Metro Police’s Public Integrity Unit be made public. Taylor’s family and political leaders have also demanded that the findings from the investigation be released.

A grand jury determined that Sgt. Mattingly and Cosgrove should not be charged at all in the death of Breonna Taylor. They remain on administrative reassignment while an internal investigation is conducted in their involvement, as well as others, for possible department policy violations.

Inside The Friendship Of Meghan Markle and Serena Williams

Will Smith Bungee Jumps Over Grand Canyon on 50th Birthday