Barry Chuckle was ‘secretly battling bone cancer which spread to his lungs’ says his brother, 86, who married a 26-year-old ChuckleVision fan last year

Barry Chuckle died after battling bone cancer which spread to his lungs, one of his brothers has claimed.

Jimmy Patton, from Rotherham, said the 73-year-old had been fighting cancer in secret and died two days after the pair had last met.

Mr Patton, 86, who married 26-year-old Amy Phillips in 2017, said the family was ‘devastated’ and ‘hurting’ after Barry’s death on Sunday, The Sun Online reported.

It came after the fourth brother, Brian Elliot, said Barry had known for a year he had months to live but didn’t tell anyone outside his immediate family. 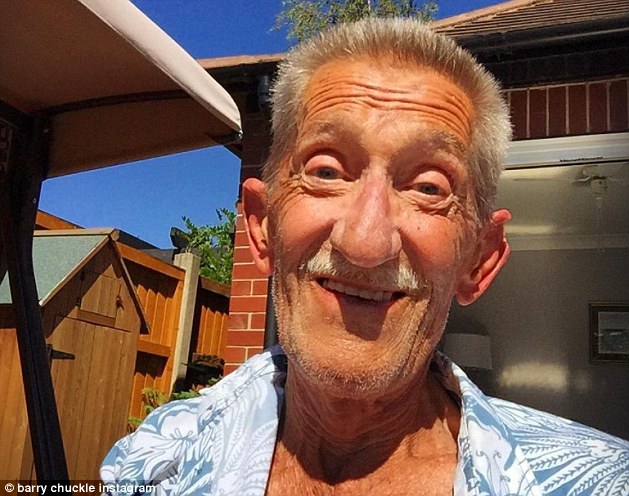 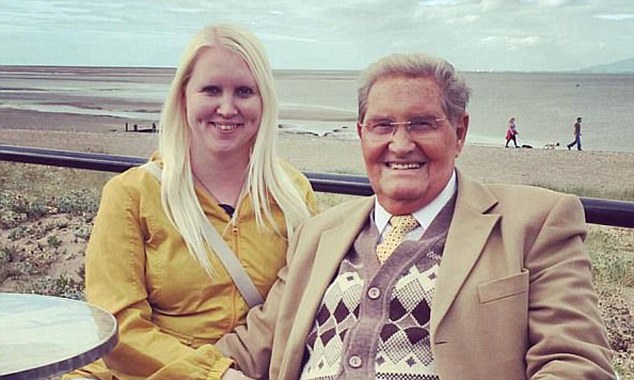 Barry leaves behind younger brother Paul, 70, who starred alongside him in Britain’s favourite children’s comedy duo, and older brothers Jimmy, 86, and Brian, 83.

Jimmy Patton and Brian Elliot performed together as the Patton Brothers including appearances in their siblings’ show ChuckleVision.

Mr Patton said: ‘We are all devastated. Barry had bone cancer which had spread to his lungs.

‘He was ill for years, but kept it hidden. We knew about it, but kept it quiet, and all the family are really hurting right now.’

He said Barry Chuckle had ‘loved being on stage’ and was just like the character he played in real life.

Paul and Barry had watched the Patton Brothers perform on stage early in their careers and ‘got a taste for it’, he said.

Barry peacefully at his home surrounded by his loved ones, his manager Phil Dale said.

He had been so ill last year that he was unable to go to older brother Jimmy’s wedding to Amy Phillips, a 26-year-old fan of ChuckleVision.

The couple, who live together in his £255,000 detached home in Maltby, South Yorkshire, married in the Southport Theatre and Convention Centre last year and are had their honeymoon in Gran Canaria. 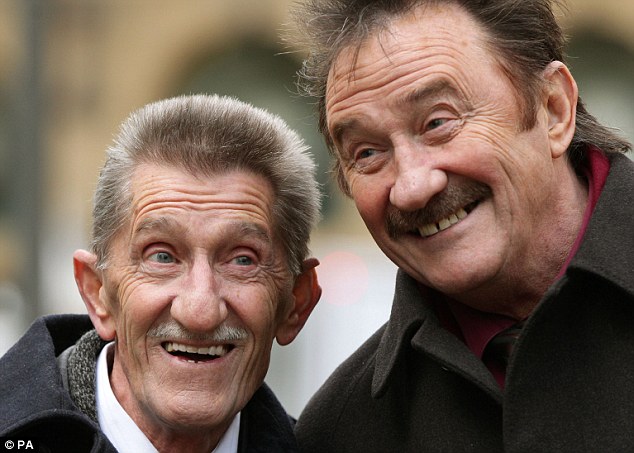 Barry’s brother and comedy partner Paul (right, with Barry) said he had lost his best friend 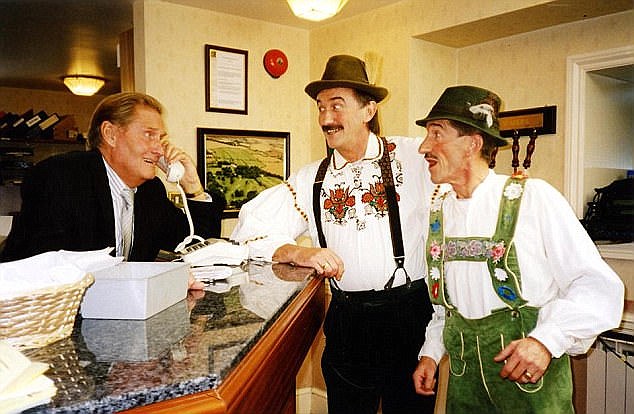 Though he is now retired, Jimmy appeared more than 40 times on ChuckleVision with Chuckle Brothers Barry, 70, and Paul, 67, and his younger brother, Brian, 81.

He often appeared as some sort of boss character on the show.

His character was known as ‘No Slacking’, so-called because of his catchphrase, ‘And remember, no slacking’. 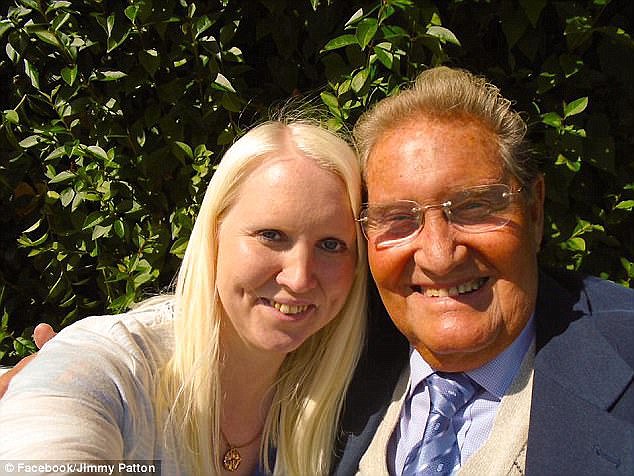 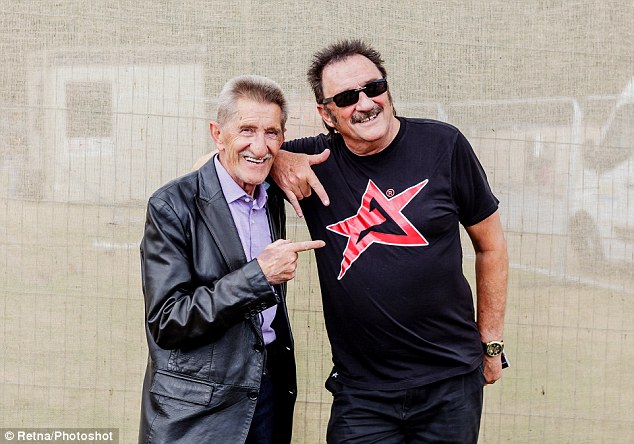 ‘I’ve not just lost my brother, I’ve lost my theatrical partner of many, many years and my very best friend,’ Paul (right, with Barry in 2016) said

Barry and Paul had recently filmed a new series titled Chuckle Time, which is currently airing on Channel 5.

Barry’s brother and comedy partner Paul paid a touching tribute, saying: ‘I’ve not just lost my brother, I’ve lost my theatrical partner of many, many years and my very best friend.’

The family’s statement added that the TV and theatre star ‘leaves 50 years of laughter as his legacy which is something very special.’

Comedian and Britain’s Got Talent star David Walliams said he felt lucky to have worked with the duo. 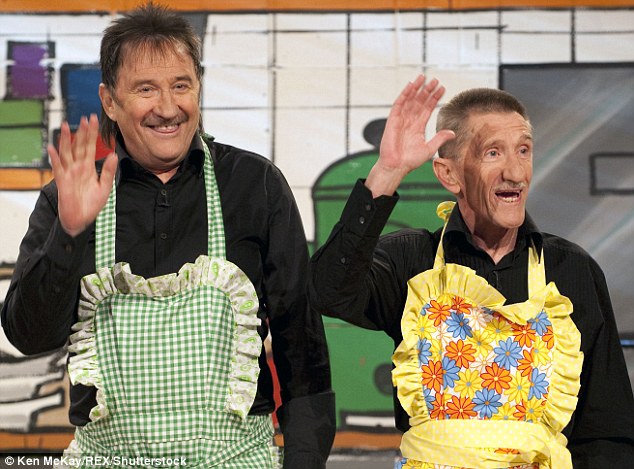 ‘I always thought he & his brothers were really special performers, not just because of their dazzling talents but also because they are the last link to the British Musical Hall tradition that gave us Stan Laurel & Charlie Chaplin.

‘I was lucky to work with the Chuckle Brothers many times over the past 20 years. I never got over being completely starstruck at seeing them, but always found them to be generous, kind and most of all FUNNY. Barry had funny bones. He could have you in hysterics with just a look.’

Jack Whitehall said he was a huge fan of the comedy duo as a child.

‘Really sad about the passing of Barry Chuckle, as you may know I was obsessed with the Chuckle Brothers as a kid. Legends,’ wrote the actor and comedian.

Singer Dua Lipa posted: ‘To me. To you. So sad to hear about the passing of Barry Chuckle. Thank you for being a part of my childhood and for the hours spent in laughter. #Chucklevision.’