BBC Four is facing the axe, with corporation bosses instead focusing efforts towards attracting more of a younger audience on BBC Three.

Executives are looking to reassign its budget after conceding this will be the last year that BBC Four will be featured as a broadcast channel, The Telegraph reports.

TV chiefs want to draw in more viewers between 16 and 34, with the average BBC Four viewer aged at 64. 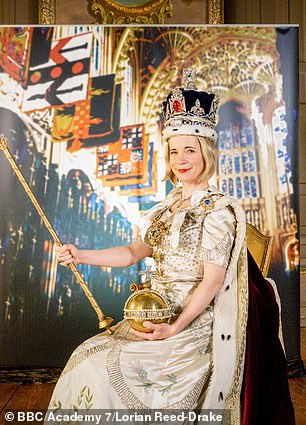 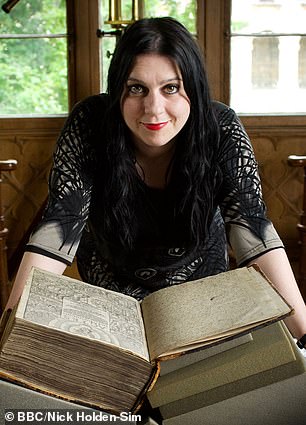 Historical series hosted by Lucy Worsley, pictured, are among BBC Four’s most popular programmes, while fellow presenter Dr Janina Ramirez, pictured right, is campaigning to save it, describing as ‘the most amazing channel, unlike any other’

It spends £44 million on content for the highbrow channel, but that accounts for less than two per cent of the nation’s viewing, according to the newspaper.

The BBC also has to make up a £125m financial hole as a result of the coronavirus crisis.

The pandemic has meant bosses have had to suspend licence fee enforcement, payments from over-75s, due to begin next month, have been suspended and revenue from the commercial BBC Studios arm of the corporation is also down.

The BBC has formally denied the closure of the channel but it is suggested director-general Lord Hall of Birkenhead wants to avoid announcing the cancellation of its most highbrow channel to be one of his last acts before leaving the corporation later this year. 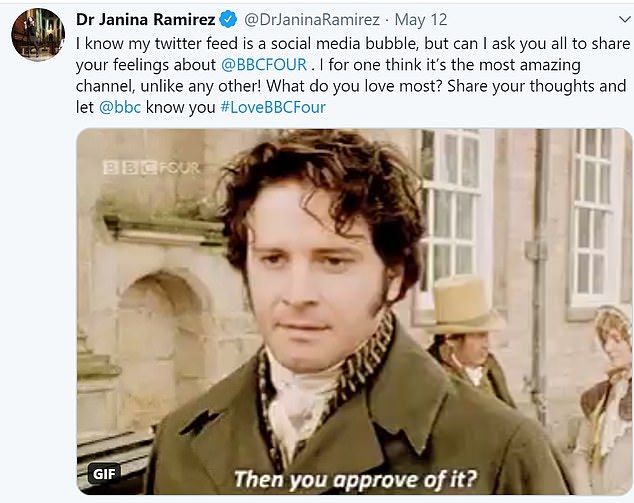 Dr Janina Ramirez, an Oxford historian and documentary host, described it as ‘the most amazing channel, unlike any other’ on Twitter this week

Fearing the axe, BBC Four presenters have rallied to keep the channel going.

Dr Janina Ramirez, an Oxford historian and documentary host, described it as ‘the most amazing channel, unlike any other’ on Twitter this week.

She added: ‘Word on the street is we NEED to let @bbc know we want @BBCFOUR to STAY!!!! Use the hashtag #LoveBBCFour. Spread it, share it, shout about it or we lose it.’

Reports suggest executives are ‘obsessed’ with chasing a younger demographic with less attention given to the arts.

As part of that drive, the decision to make BBC Three an online-only channel could be reversed. 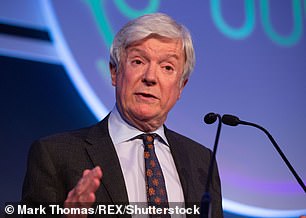 Director-general Lord Hall of Birkenhead, pictured, wants to avoid announcing the cancellation of its most highbrow channel to be one of his last acts before leaving the corporation later this year

Classicist and presenter Mary Beard told the Telegraph: ‘It is totally understandable that, when people see a threat to a part of the BBC that they are very attached to, they want to protect it.’

‘[After the pandemic] there is going to be no money around, and what kind of choices do you have to make?

‘I want to see a flourishing BBC with arts and culture alongside all the things I don’t watch. I don’t watch sport or children’s telly but I think it’s important that it’s there.’

The most watched programme ever on BBC Four was The Jeremy Thorpe Scandal in 2018, which drew nearly 2.4 million viewers as it investigated the trial of the former Liberal MP.

Quiz show Only Connect, presented by Victoria Coren Mitchell, is also among its popular offerings as are the historical series led by Lucy Worsley.

Bachelorette’s Tyler Gwozdz suffered from ‘opioid abuse’ for over a decade before heroin overdose death, autopsy claims – The Sun