The Radio 4’s Today programme presenter, 47, has taken part in at least 10 functions and just last week appeared at the Oslo Energy Forum.

Ms Husain moderated the event – which she has also been apart of at least five times previously – but it is not known how much she was paid, reports The Times.

However other BBC stars are listed on speaking agency websites as being able to charge between £10,000 and £25,000 to attend corporate events. 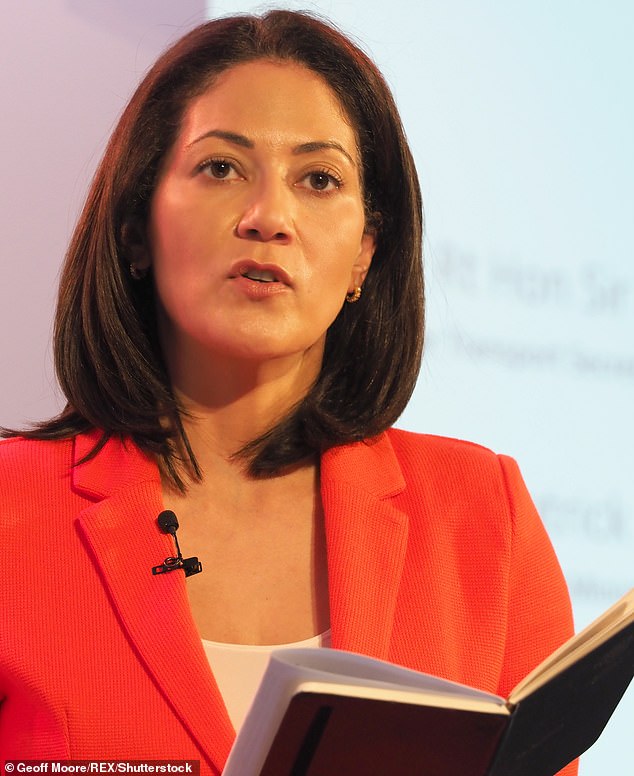 While at the forum Ms Husain, who was billed as an International broadcaster and earned £255,000 at the BBC last year, moderated discussions on topics such as ‘climate action in a world of cherished entitlements’.

Presenters can agree to other work so long as it does not undermine the BBC’s impartiality. There is no suggestion that Ms Husain has gone against guidelines.

However environmental groups have claimed that the corporation’s reputation could be at risk if it lets journalists earn money from industries which pollute.

Extinction Rebellion said: ‘This is yet another uncomfortable example of the insidious relationship between fossil fuel companies and the media.’

It comes after MPs demanded the BBC to publish a ‘register of presenters’ interests to allow greater scrutiny. 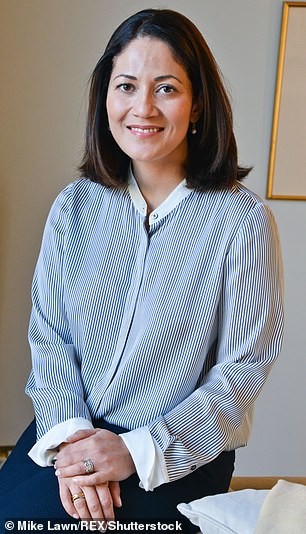 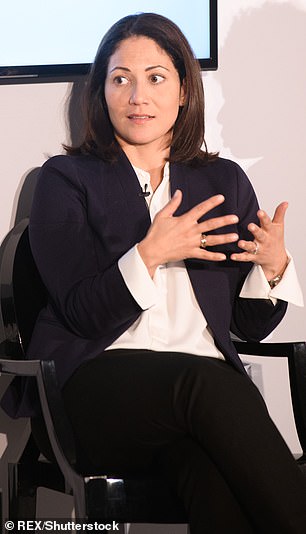 The Radio 4’s Today programme presenter (left and right) has appeared at the Oslo Energy Forum and a conference staged by Equinor, Norway’s state-controlled oil company in the past

‘There should be a register of interests so the public can see what they are doing,’ Tory MP Andrew Bridgen told the Daily Mail last April.

Other high-profile presenters have previously been scrutinised for their appearances at business events.

For example Fiona Bruce, who is paid £255,000-a-year for her role as Question Time host, had to pull out of a Henley & Partners conference last year.

She and business editor Simon Jack were set to speak but it was then revealed that the company had been accused of unwittingly helping criminals obtain passports.

Jon Sopel has also been critisised for his appearances. He spoke at a Philip Morris International staff conference in Miami last April.

Anti-smoking charities criticised the veteran correspondent, who is the North America editor, after the news broke last year.

Deborah Arnott, chief executive of Action on Smoking and Health, said at the time: ‘It is disappointing that someone representing the BBC is speaking at an event sponsored by the biggest tobacco company in the world.’

Philip Morris declined to discuss whether Mr Sopel received a fee, but an agency advertising his public speaking charges up to £25,000 to book him.

A spokeswoman for the BBC told The Times: ‘The BBC’s editorial guidelines allow BBC journalists to carry out external speaking, or chairing, engagements as long as they maintain objectivity and impartiality.’

Catholic priest sentenced to 25 years in prison for child pornography

Slack is expected to file listing prospectus this week: WSJ