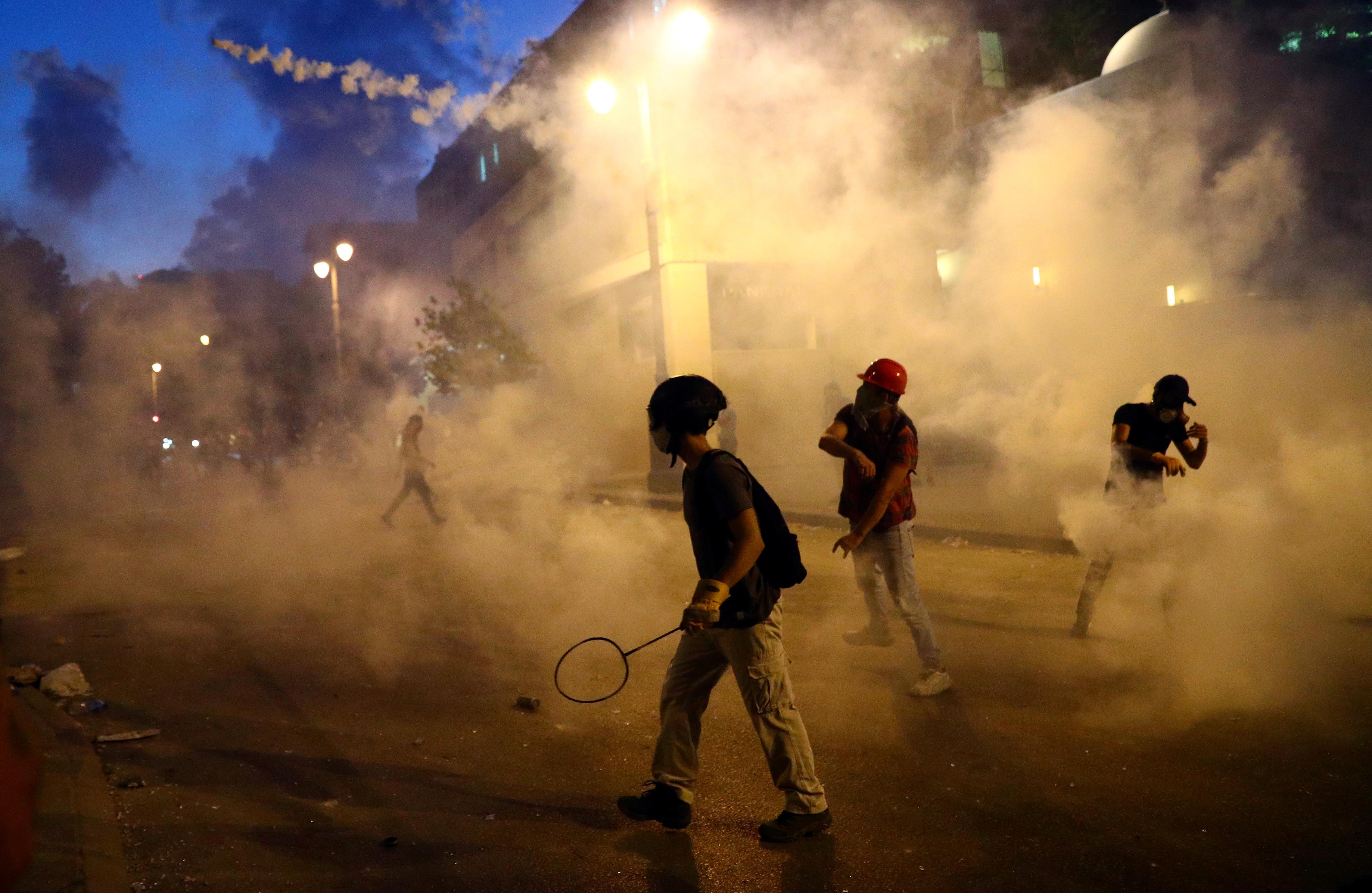 Fire broke out at an entrance to Parliament Square as demonstrators tried to break into a cordoned-off area, TV footage showed. Protesters also broke into the housing and transport ministry offices.

Two government ministers resigned amid the political fallout of the blast and months of economic crisis, saying the government had failed to reform.

Tuesday’s explosion of more than 2,000 tonnes of ammonium nitrate killed 158 people and injured more than 6,000, compounding months of political and economic collapse and prompting furious calls for the government to quit.

“We gave these leaders so many chances to help us and they always failed. We want them all out, especially Hezbollah, because it’s a militia and just intimidates people with its weapons,” Walid Jamal, an unemployed demonstrator, said, referring to the country’s most influential Iran-backed armed grouping that has ministers in the government.

The country’s top Christian Maronite cleric, Patriarch Bechara Boutros al-Rai, said the cabinet should resign as it cannot “change the way it governs”.

“The resignation of an MP or a minister is not enough … the whole government should resign as it is unable to help the country recover,” he said in his Sunday sermon.

Lebanon’s environment minister resigned on Sunday, saying the government had lost a number of opportunities to reform, a statement said.

in the wake of the explosion.

Anger boiled over into violent scenes in central Beirut on Saturday. Those protests were the biggest since October when thousands of people took to the streets to demand an end to corruption, bad governance and mismanagement.

About 10,000 people gathered at Martyrs’ Square, which was transformed into a battle zone in the evening between police and protesters who tried to break down a barrier along a road leading to parliament. Some demonstrators stormed government ministries and the Association of Lebanese Banks.

One policeman was killed and the Red Cross said more than 170 people were injured in clashes.

“The police fired at me. But that won’t stop us from demonstrating until we change the government from top to bottom,” Younis Flayti, 55, a retired army officer, said on Sunday.

Nearby, mechanic Sabir Jamali sat beside a noose attached to a wooden frame in Martyrs’ Square, intended as a symbolic warning to Lebanese leaders to resign or face hanging.

“Every leader who oppresses us should be hanged,” he said, adding he will protest again.

“People should sleep in the streets and demonstrate against the government until it falls,” she said.

The prime minister and presidency have said 2,750 tonnes of highly explosive ammonium nitrate, which is used in making fertilisers and bombs, had been stored for six years without safety measures at the port warehouse.

The government has said it will hold those responsible to account.

For many, the blast was a dreadful reminder of the 1975-1990 civil war that tore the nation apart and destroyed swathes of Beirut, much of which has since been rebuilt. 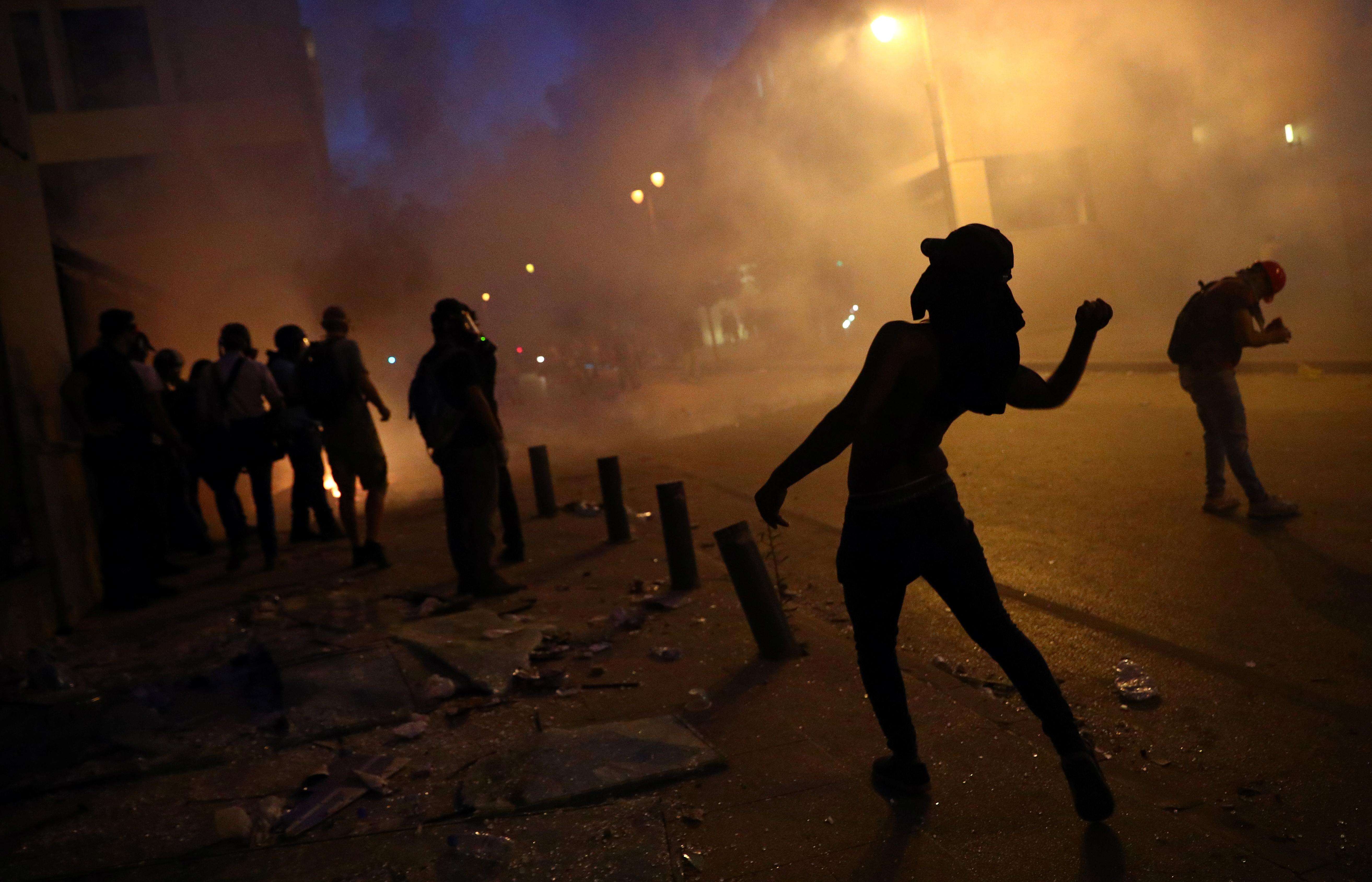 “I worked in Kuwait for 15 years in sanitation to save money and build a gift shop in Lebanon and it was destroyed by the explosion,” said Maroun Shehadi.

“Nothing will change until our leaders just leave.”

Desi Perkins Launches First Independent Brand with 26 Must-Have Sunglasses — and Everything Is Under $100!