Tear gas has been fired in Beirut as people protesting against the government’s handling of this week’s explosion tried to reach the parliament building.

Riot police took action as about 5,000 people gathered in the central Martyrs’ Square and attempted to break through a barrier.

“The people want the fall of the regime,” protesters chanted, adding: “Leave, you are all killers.” 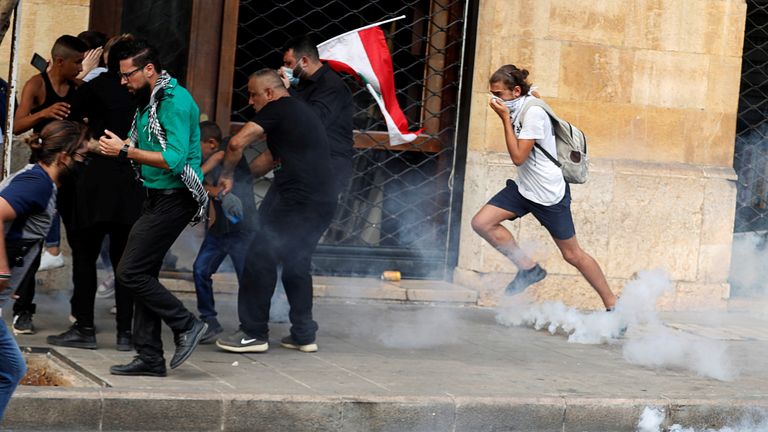 Makeshift gallows and nooses have been set up.

Sky News correspondent Alex Rossi, who is there, said residents have been “enormously angry” since the explosion happened, adding: “People here want to – metaphorically at least – hang their political class.”

He said there was a “huge amount of structural damage to the buildings” and hardly any windows have glass in them. 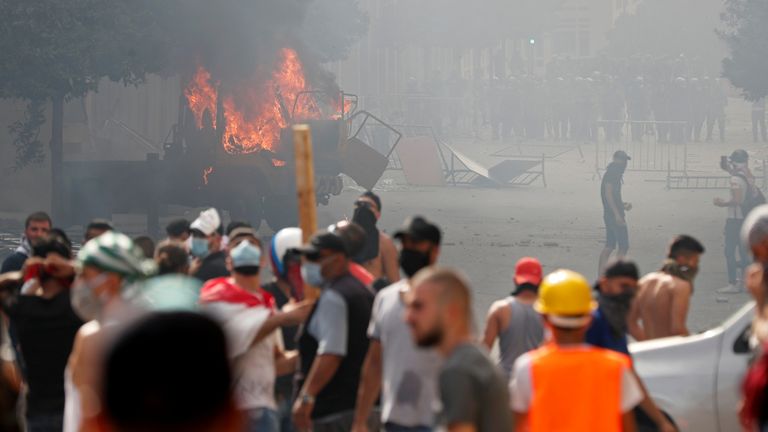 Student Celine Dibo, speaking as she scrubbed blood off the walls of her shattered apartment building, said there was “no trust” in the government, adding: “I wish the United Nations would take over Lebanon.”

“I hope another country would just take us over. Our leaders are a bunch of corrupt people,” he said. 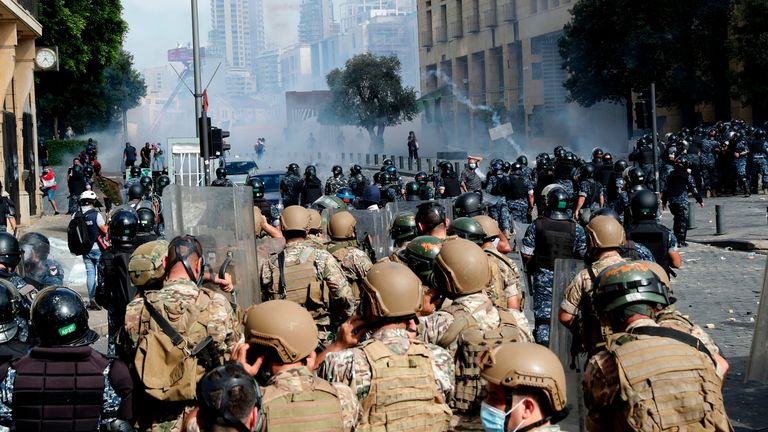 One of the demonstrators in Martyrs’ Square, Rose Sirour, said: “We want a future with dignity – we don’t want the blood of the victims of the explosion wasted.”

The number of dead has risen to 158, the Lebanese health ministry said. At least 6,000 have been injured, while 21 people remain missing.

The Kataeb Party, a Christian group that opposes the current Hezbollah-backed government, said on Saturday that its three members of parliament were standing down.

“I invite all honourable (members) to resign so that the people can decide who will govern them, without anybody imposing anything on them,” said leader Samy Gemayel.