A court in Brazil has granted an additional 66 days for BHP Billiton, Vale and their joint-venture partner Samarco to negotiate a settlement of multibillion dollar public civil claims over the 2015 mine dam collapse in Brazil. 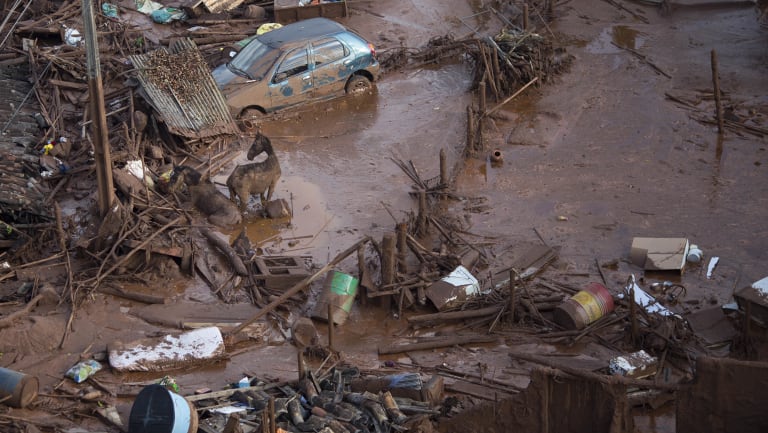 Horses struggle in the mud in the small town of Bento Rodrigues, Minas Gerais, Brazil after the Samarco dam burst on November 6, 2015.

The companies are facing two claims worth $US47.6 billion and $US6.1 billion ($62.1 billion and $8 billion), respectively, in relation to the incident that killed 19 people and led to Brazil's worst environmental disaster.

They are also separately facing criminal proceedings in Brazilian courts.

BHP on Monday said the deadline – a second extension granted by the Brazilian court – will now be June 25 and until that time, the current suspension of legal proceedings will remain in place. 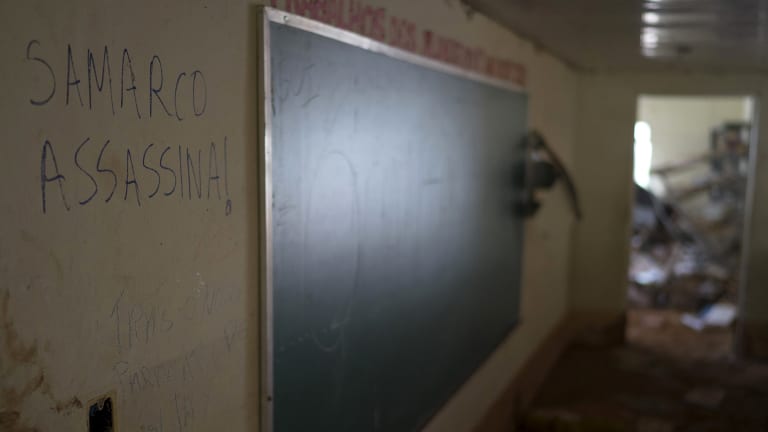 A scrawled message in Portuguese that reads “Samarco Assassin” rests on a classroom wall a year after the school was destroyed by a tsunami of mud triggered by the tailings dam failure.

In November, the Brazilian court granted a 150-day extension to negotiate the settlement.

An investigation by geotechnical specialists in 2016 found the disaster was the result of a series of design and drainage issues over a number of years. 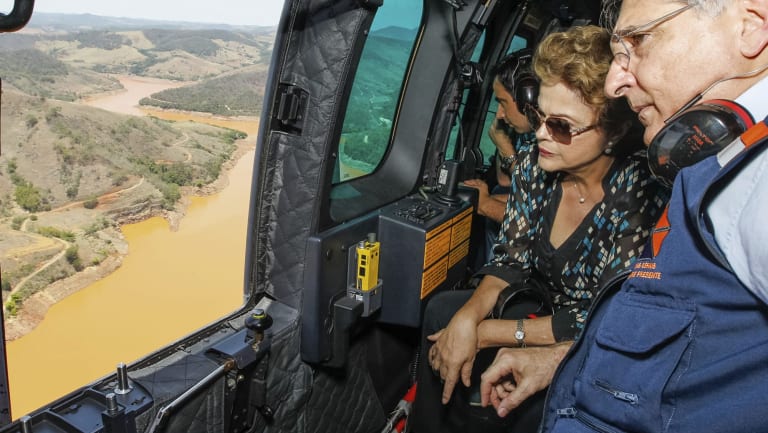 Then Brazilian president Dilma Rousseff inspects the environmental damage to the Vale River after the Samarco disaster.

That preliminary deal also included an interim security bond, now worth $US395 million in insurance bonds, $US30 million in liquid assets, and a charge of $US245 million over Samarco's assets.

Operations at Samarco have remained suspended as talks continue with the government to obtain the required environmental licences.

Bikini designer, 28, shares how she cleared up her chronic eczema

The Bold and the Beautiful spoilers: Will Thomas cost Brooke her life?