THE Biden administration has been sued for canceling the Mount Rushmore July 4th fireworks after Donald Trump held the event for the first time in a decade. 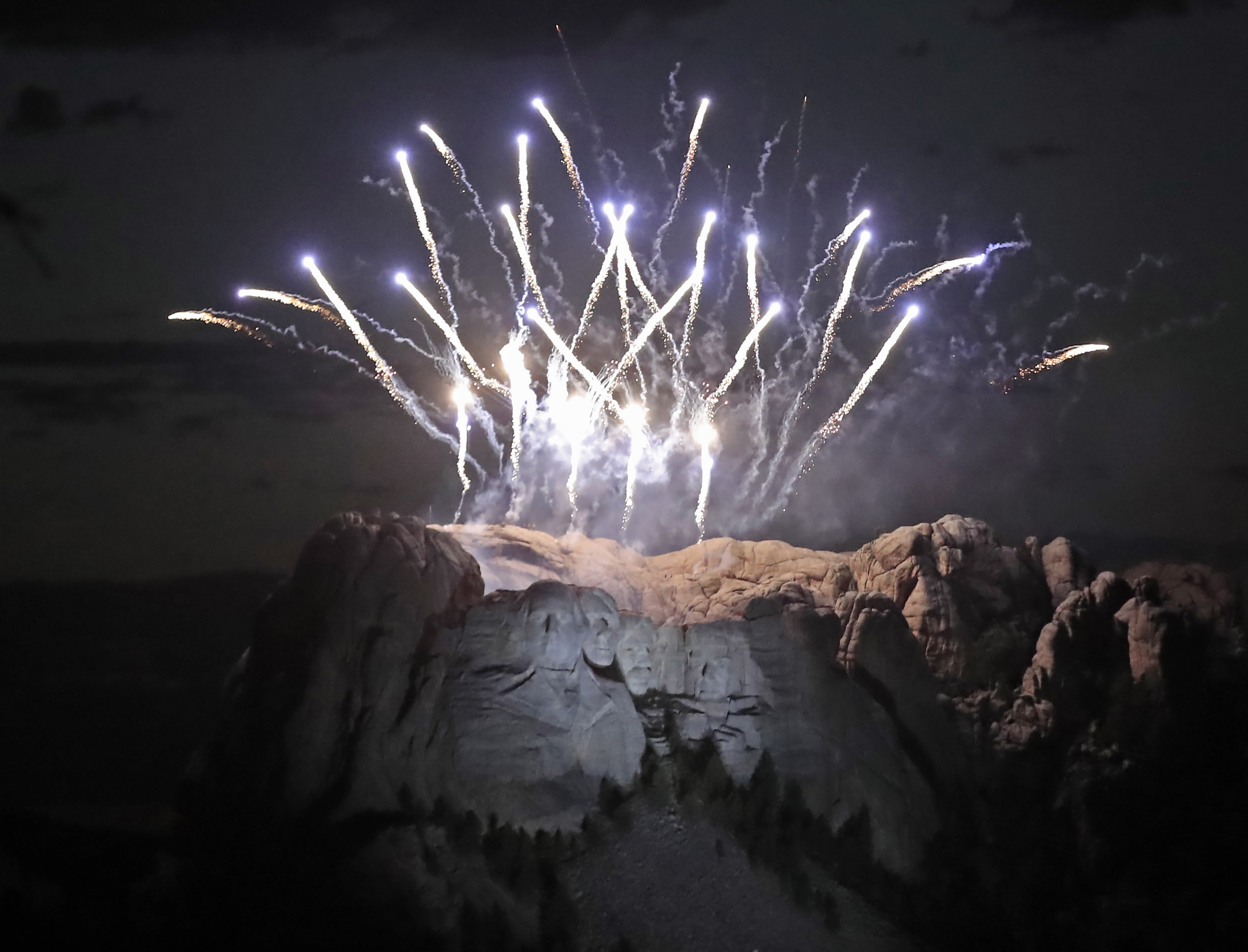 "Mount Rushmore is the very best place to celebrate America’s birthday and all that makes our country special," Noem wrote in documents obtained by Fox News.

"After telling us they’d ‘circle back,’ the Biden Administration has not responded to our request to uphold the Memorandum Agreement between the State of South Dakota and the National Parks Service to host a safe and responsible national celebration and fireworks show."

She slammed the administration, saying it has "departed from longstanding precedent and reneged on this agreement without any meaningful explanation."

"We are asking the court to enjoin the Department of Interior’s (DOI) denial of the fireworks permit and order it to issue a permit for the event expeditiously," she added.

Noem will also file a lawsuit against the National Parks Service, according to reports.

The Republican governor told the Watertown Rotary Club on Thursday of plans to sue after the park service declined to continue holding a fireworks display at the monument, citing safety concerns and objections from local Native American tribes. 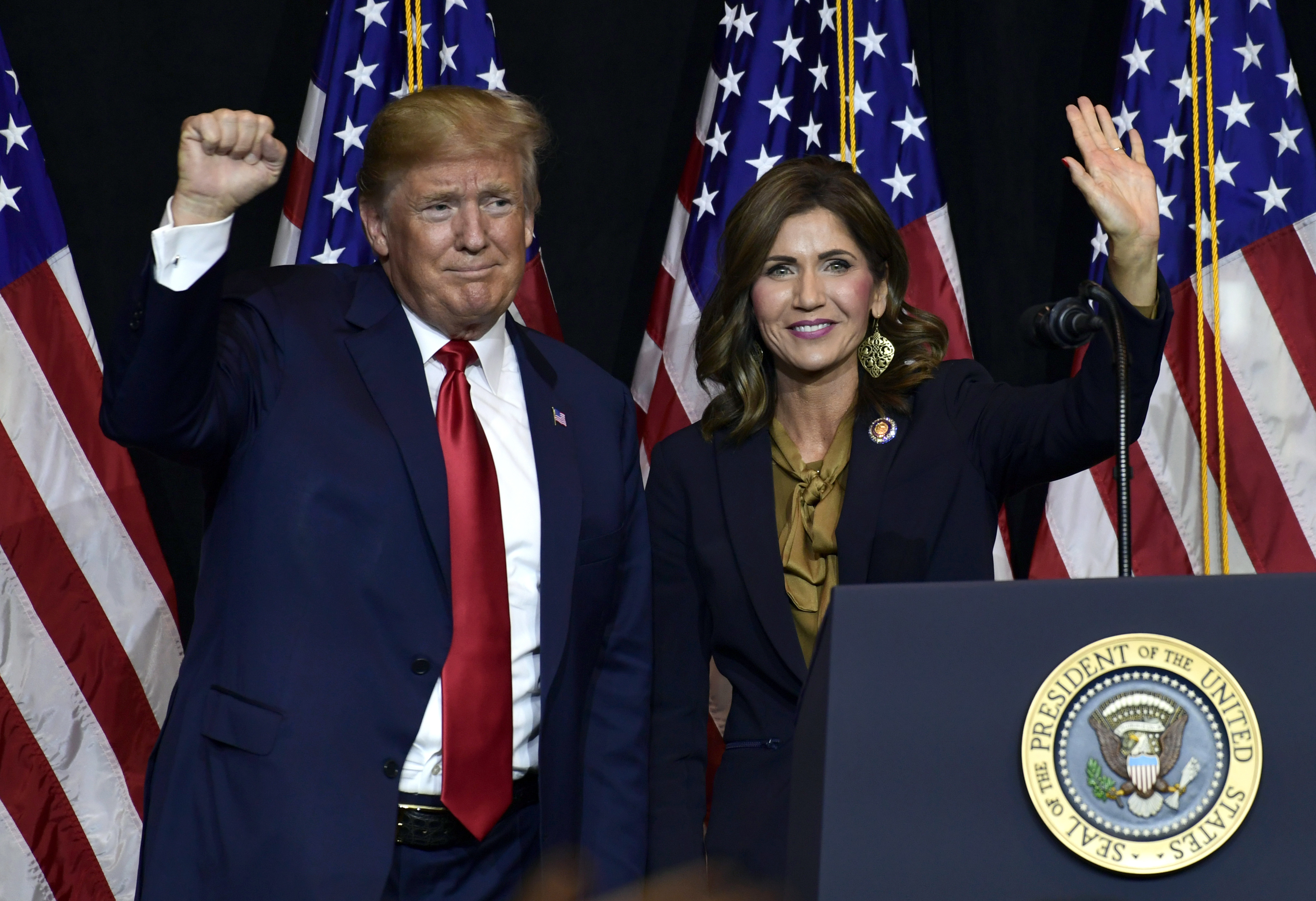 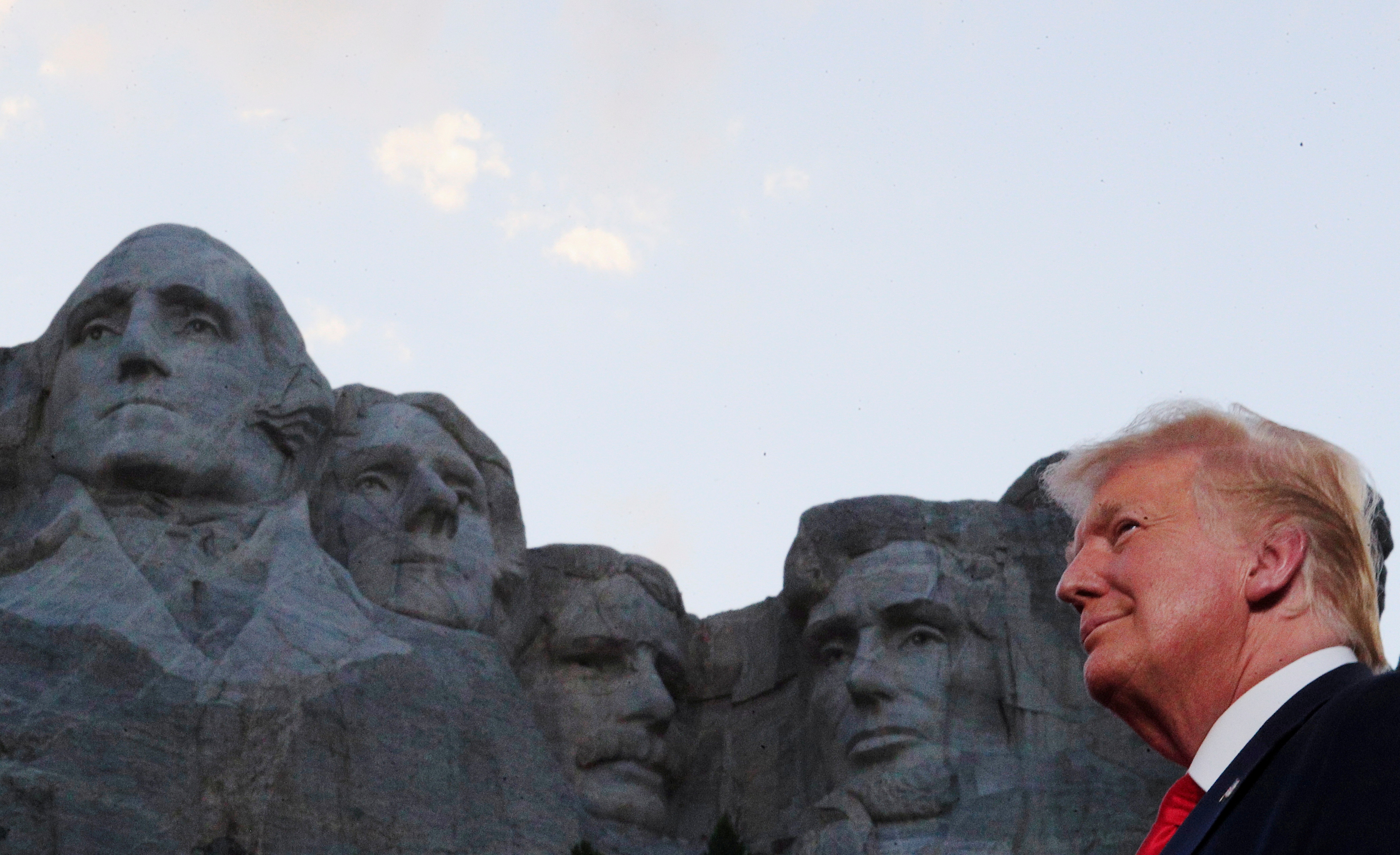 The governor pushed last year to return fireworks to Mount Rushmore after a decade-long hiatus, saying the event is a way to highlight the state’s tourism draw.

Last year, Trump joined Noem at Mount Rushmore on July 3 to give a fiery speech.

The event also became an opportunity for Noem to strengthen her relationship with Trump as she joined him on the flight back to Washington.

At the time, Noem signed an agreement with the Trump administration and the Department of the Interior to work towards returning the pyrotechnic display this year.

But the National Park Service last month denied the state’s request for the fireworks display, citing safety concerns, objections from local Native American tribes and continuing concerns about crowds during the coronavirus pandemic.

Last year, Native Americans protested Trump’s trip, as they view the monument as a desecration of land violently stolen from them and used to pay homage to leaders hostile to Indigenous people. 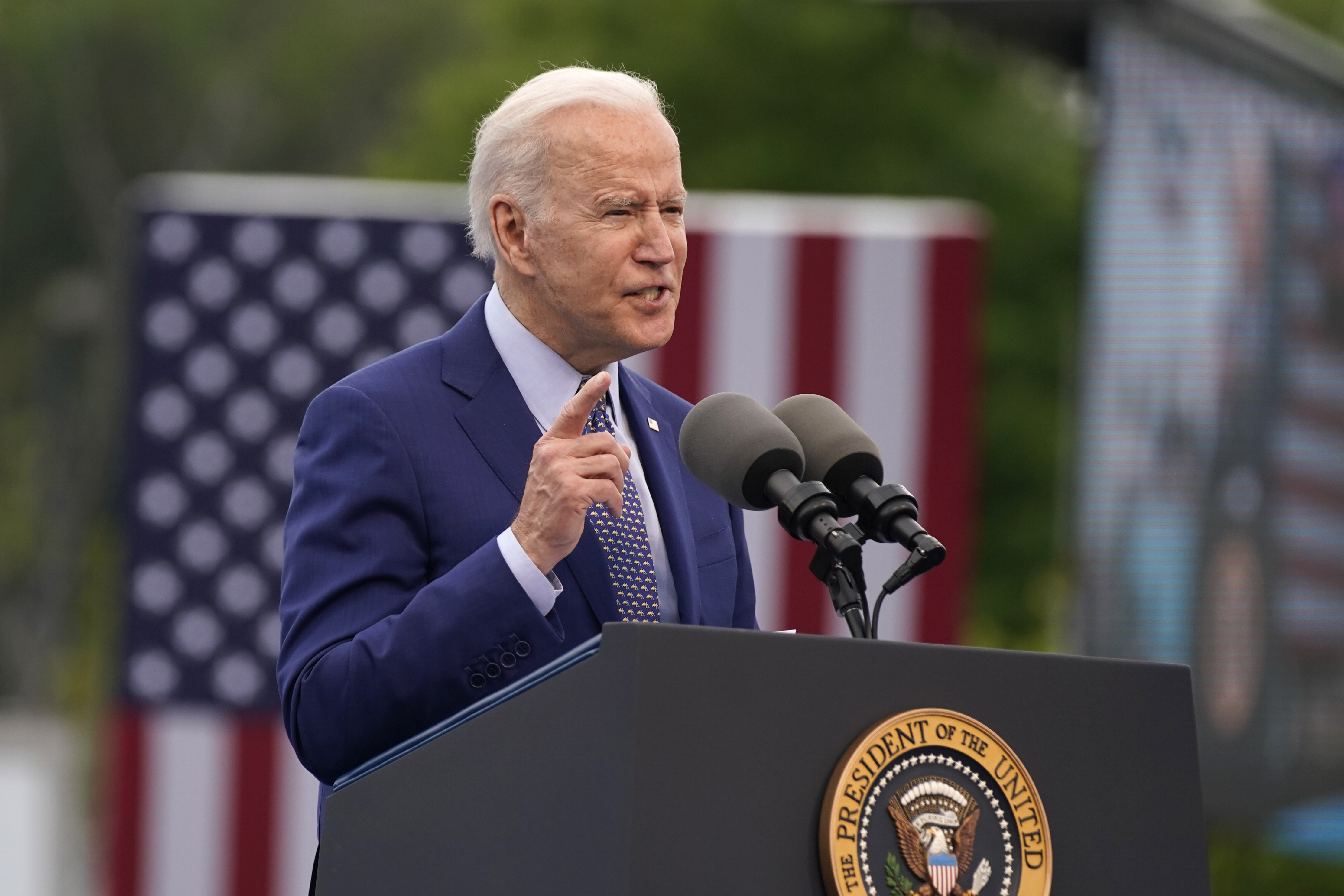 “Mount Rushmore is a symbol of white supremacy, of structural racism that’s still alive and well in society today,” Nick Tilsen, a member of the Oglala Lakota tribe and the president of a local activist organization called NDN Collective, said.

“It’s an injustice to actively steal Indigenous people’s land, then carve the white faces of the colonizers who committed genocide.”

But Noem said the fireworks permit was pulled for political reasons. She has often criticized Biden.

“I’m going to file a lawsuit against the administration to get the fireworks back,” she said.

The governor’s office did not provide details on the lawsuit, but said more information would be announced soon. 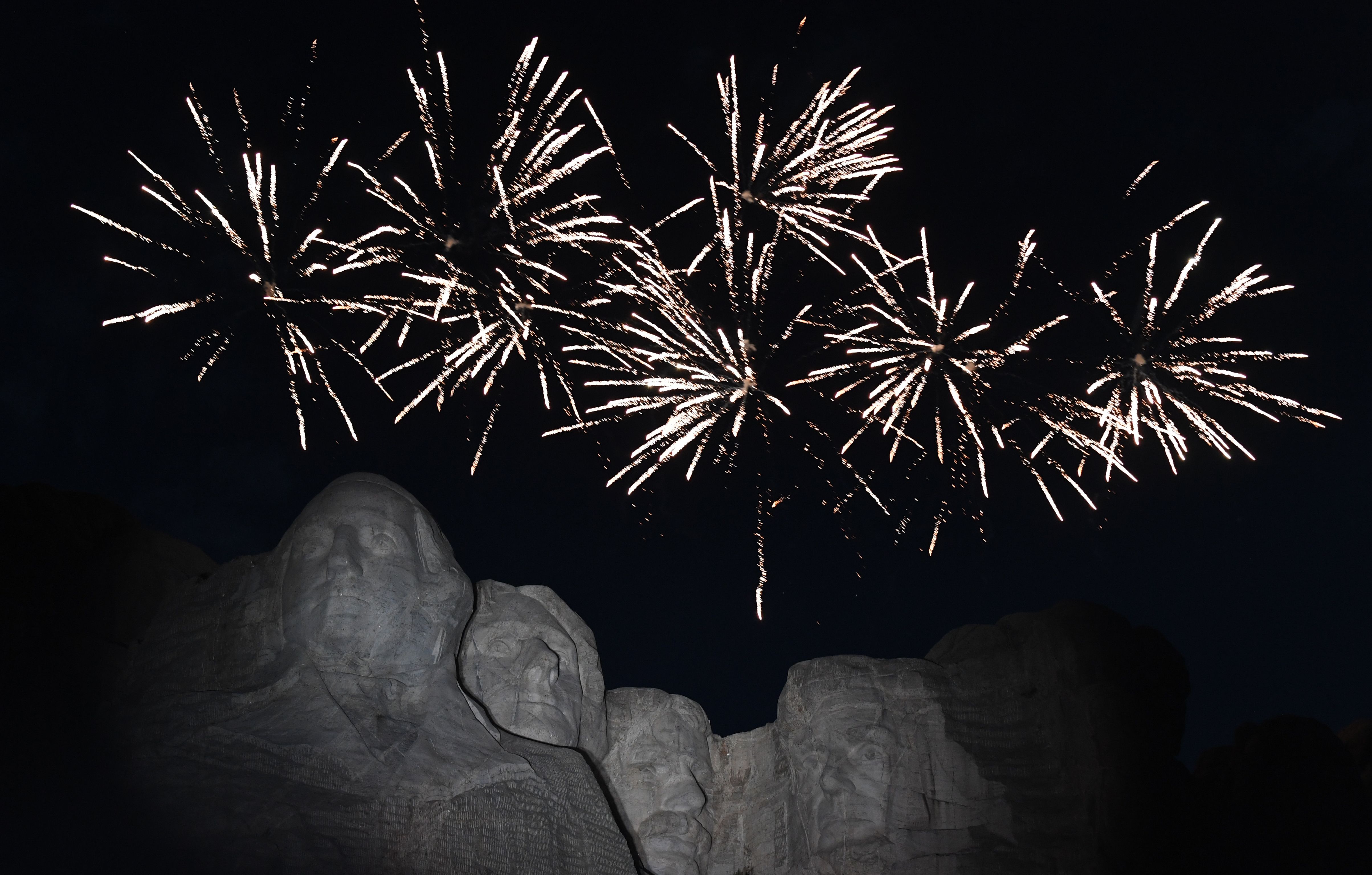 One of the creators of Mount Rushmore, Gutzon Borglum, said these four presidents were chosen as “they represented the most important events in the history of the United States.”

The faces were carved into the mountain with dynamite and drills and were chosen by for their leadership during four phases of American development.

Washington led the birth of the US, Jefferson sparked its westward expansion, Lincoln preserved the union and emancipated slaves, and Roosevelt championed industrial innovation.

According to Mount Rushmore historian and writer Tom Griffith, Borglum was a member of the Ku Klux Klan.

Native Americans — including the Lakota, Cheyenne, Omaha, Arapaho, Kiowa, and Kiowa-Apache — believe the monument is a desecration to the Black Hills, which they consider sacred.

Lakota people know the area as Paha Sapa — “the heart of everything that is.”

Construction on the monument started in 1927 and was created as a tourist draw for the new fad in vacationing called the road trip.