A ‘Native America’ display of lights part of the Blackpool illuminations for 60 years may be removed – after they were labelled racist by a tribe member.

The world-famous light show has been attracting millions of visitors to the Lancashire seaside town for over 140 years.

But one of the illuminated attractions, which has featured in the light show since the 1960s, has now come under fire for portraying allegedly racist imagery. 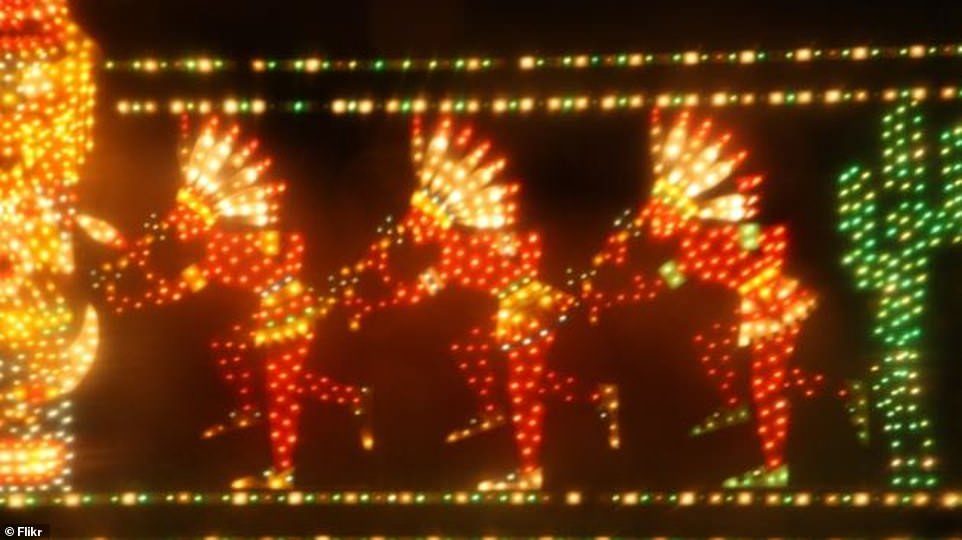 The offending light display is located to the north of Blackpool Promenade and depicts six axe-wielding Native Americans in war bonnets, dancing around a totem pole with a cactus on each side 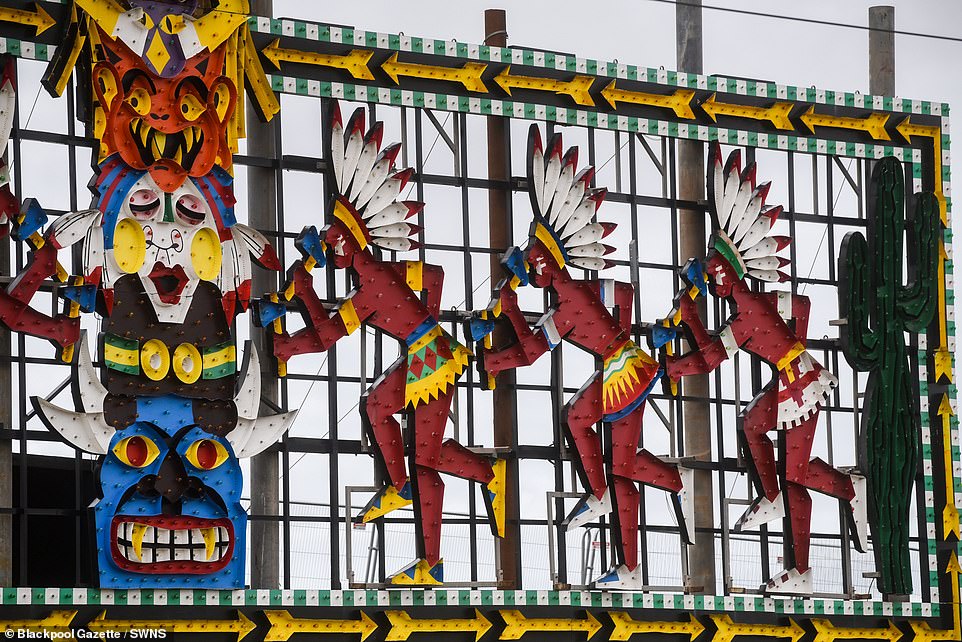 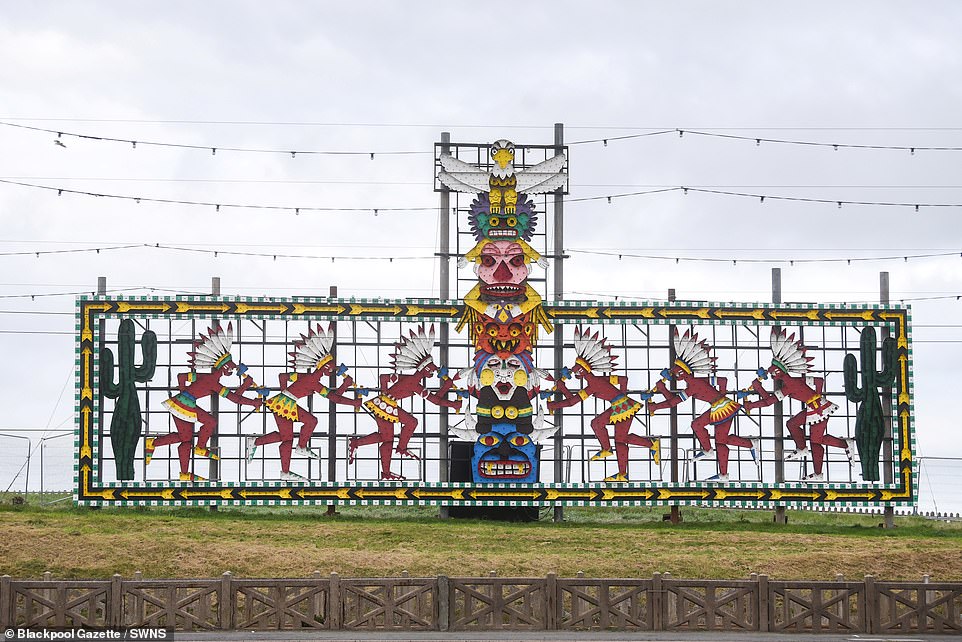 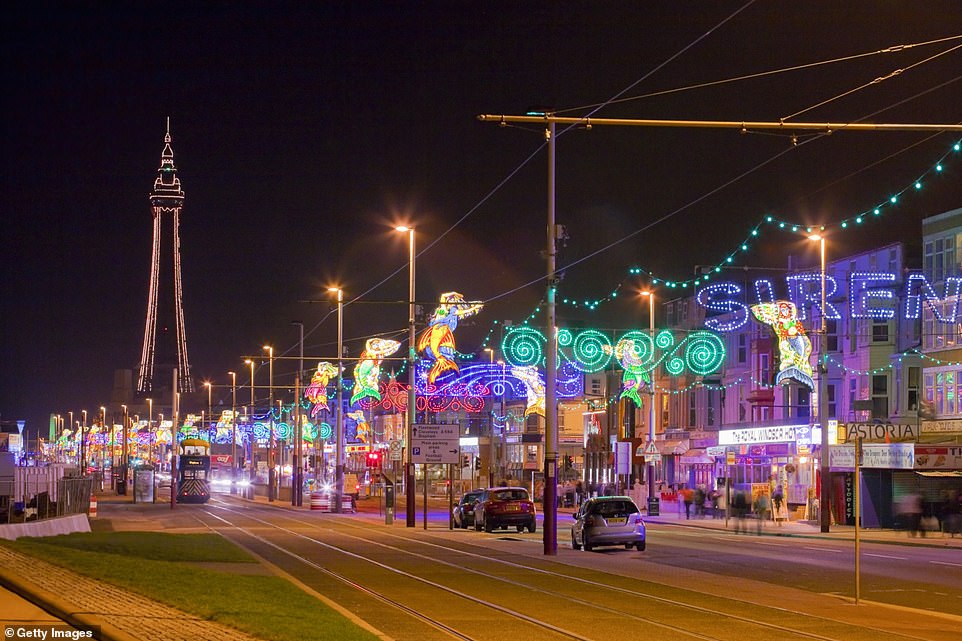 The offending tableau, located to the north of Blackpool Promenade, depicts six axe-wielding Native Americans in war bonnets, dancing around a totem pole.

It has prompted a complaint from a member of the Native American tribe, Chickasaw Nation, who is now living in England – who says the display paints Blackpool as a town that supports racism and discrimination.

The man has met with Blackpool Council bosses to discuss the lights, and has called for them to be ‘removed or concealed’.

But the council has defended the inclusion of the panel, and said the lights were ‘designed and created many years ago and intended to be a celebration of different cultures’.

However, a council spokesman said that the continued use of the lights in upcoming years would be addressed.

The letter of complaint from the Chickasaw Nation man reads: ‘Caricatures such as these reinforce racial stereotypes of Native Americans as being primitive people who have no place in modern society.

‘Research has shown that caricatures like these have harmed Native youth by lowering self-esteem and increasing depression and rates of self-harm and substance abuse.

‘It has also increased discrimination against Native students.

‘This is not the approach I would expect from a community whose Council unanimously supported a resolution to ‘confirm support for the anti-racist aims of Black Lives Matter and other anti-racism campaigns.’

‘Between now and January 2022, the night sky of Blackpool will beam a very different message until this exhibit is removed or concealed.

‘Showing – let alone promoting – such illuminations also does little to promote Blackpool as a welcoming community.

‘Instead, it paints Blackpool as a community that supports racism and discrimination.

‘It doesn’t reflect the difficult conversations and changing societal values on race that we’ve seen since the Black Lives Matter protests that sparked your resolution.

‘Worse still, these illuminations are seen by hundreds of thousands of people each year, which means that they spread stereotypes to other communities in the UK and beyond.

‘Finally, it shows limited awareness of the contributions that Native people have played in British history.

‘In fact, several warriors from my own tribe, the Chickasaw Nation, passed through nearby Preston with an English regiment in the Jacobite Rebellion in 1745.

‘It also fails to recognise that we aren’t people of the past; we have endured, despite the odds, we persist and we thrive. 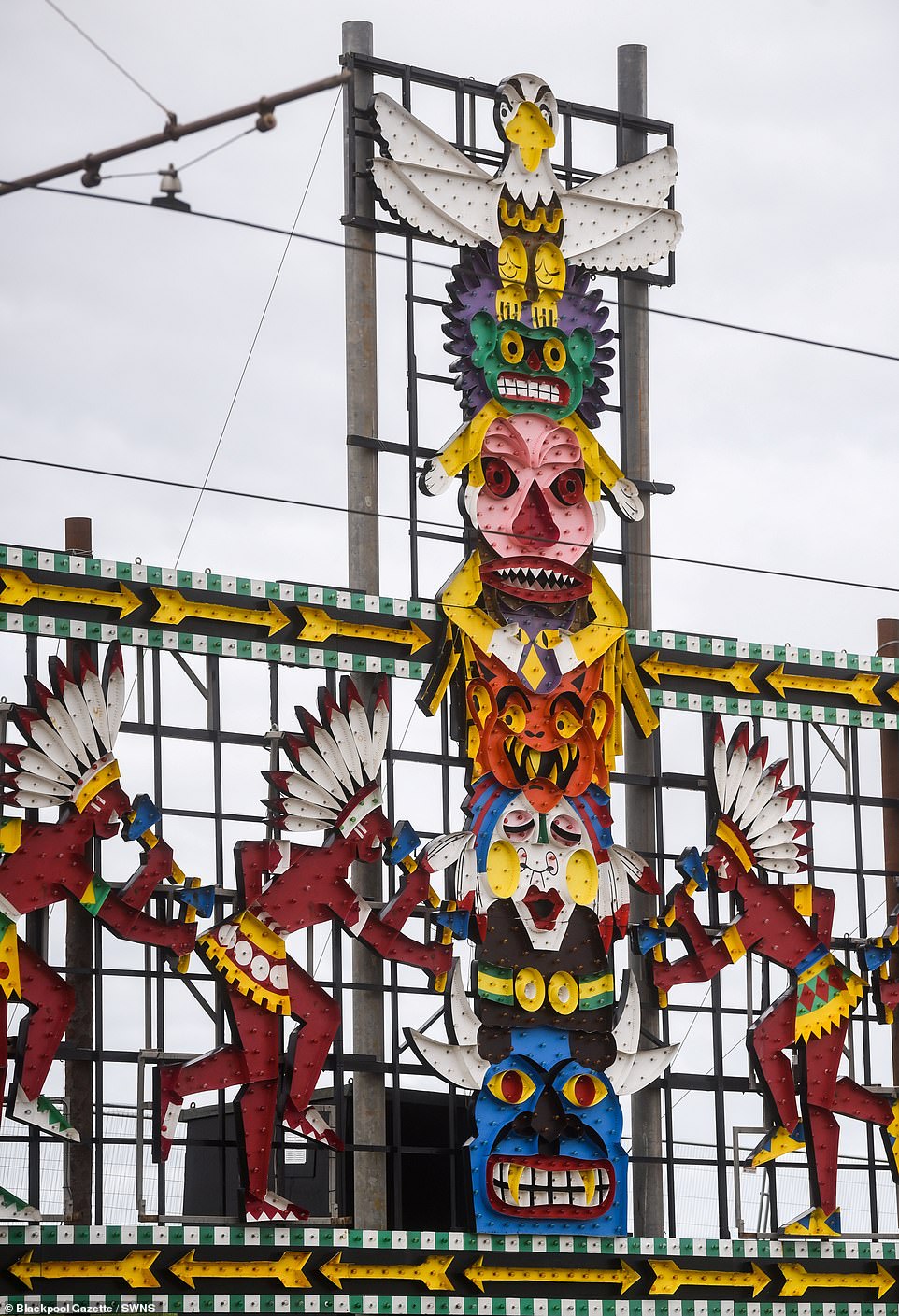 The light display, dating back to the 1960s, has drawn criticism for portraying ‘a distorted view of Native Americans and their culture’ 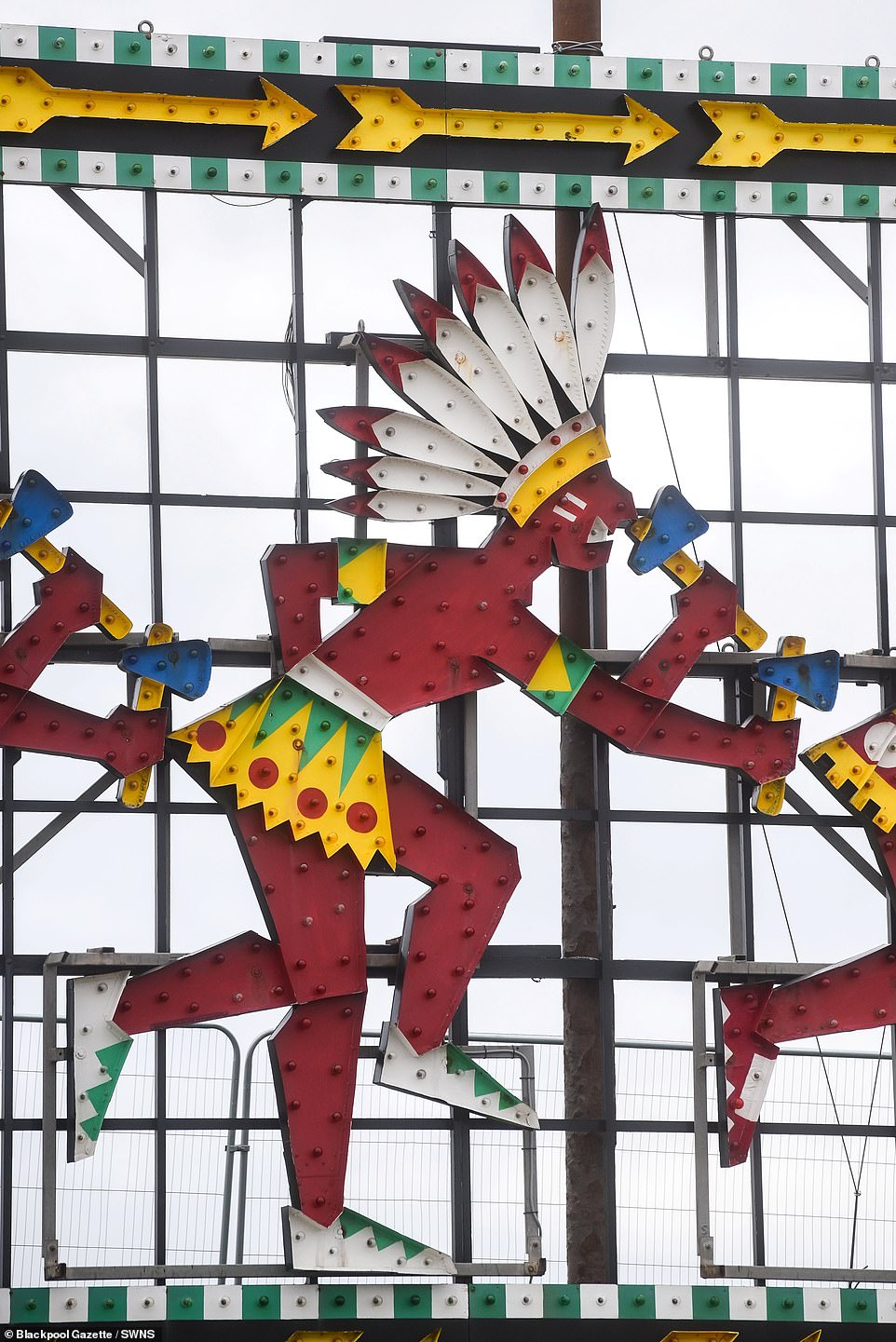 The light tableau could be replaced by a new one that ‘celebrates native American culture with input from the network based in the UK’, according to a spokesperson for Blackpool Council

‘We also are among the migrants who have found a home in global Britain.

Stereotypical portrayals of Native Americans and Canadians, historically a popular choice of mascot for sports teams, have been phased out in recent years following criticism from anti-racism campaigners.

Councillor Tony Williams, who was among a long list of councillors to be contacted, said: ‘Some of these displays go back to the 60s when attitudes and perspectives were much different and the writer has raised some valid points.

‘Several Western-themed films have been banned in the US for the very reasons stated.

‘Whilst in themselves the displays may not be offensive they certainly portray a distorted view of Native Americans and their culture.’

A Blackpool Council spokesman said: ‘Our officers have been in constructive discussion with two people of Native American origin who raised concerns about the tableau.

‘We have explained the background to the historic elements of the Illuminations display and assured them that these were designed and created many years ago and intended to be a celebration of different cultures. Both have accepted that assurance.

‘The Illuminations are one of the UK’s most enduring family attractions and we would never do anything intended to cause offence.

‘We will, as a matter of course, take on board the comments received and review which features are appropriate for inclusion in next year’s display.

‘We have also agreed to explore options for a new tableau that celebrates native American culture with input from the network based in the UK.’

OnePlus Nord available to buy right now, with a few tricks to make it even more affordable