Trouble for Jeremy Corbyn? Almost 100 Labour MPs and peers attend the first meeting of a ‘party within a party’ moderate group set up by his deputy Tom Watson after anti-Semitism row

Almost 100 Labour politicians have stuck two fingers up at party leader Jeremy Corbyn tonight by attending the first meeting of a new moderates group led by his deputy Tom Watson.

There were also around a dozen members of Mr Corbyn’s current front bench at the meeting in Parliament, which will fuel suspicions that at least some were there to spy on the group.

It was launched by Mr Watson after nine MPs quit the party over issues including Brexit and the anti-Semitism crisis and has been seen by many as a direct challenge to the hard-left take over of the party under Mr Corbyn. 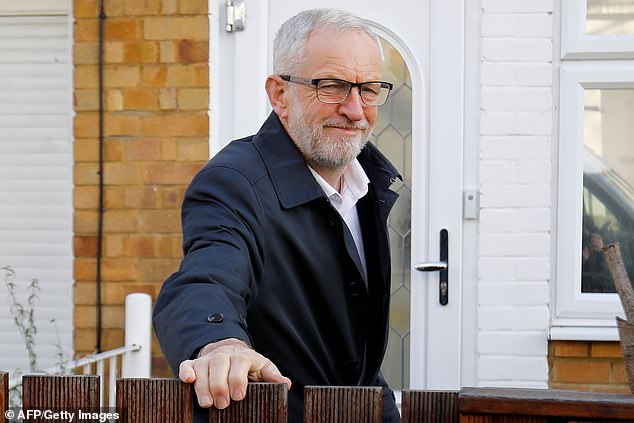 Mr Corbyn, pictured leaving his house in north London today, will be alarmed by the scale of support for the Future Britain group at its meeting tonight 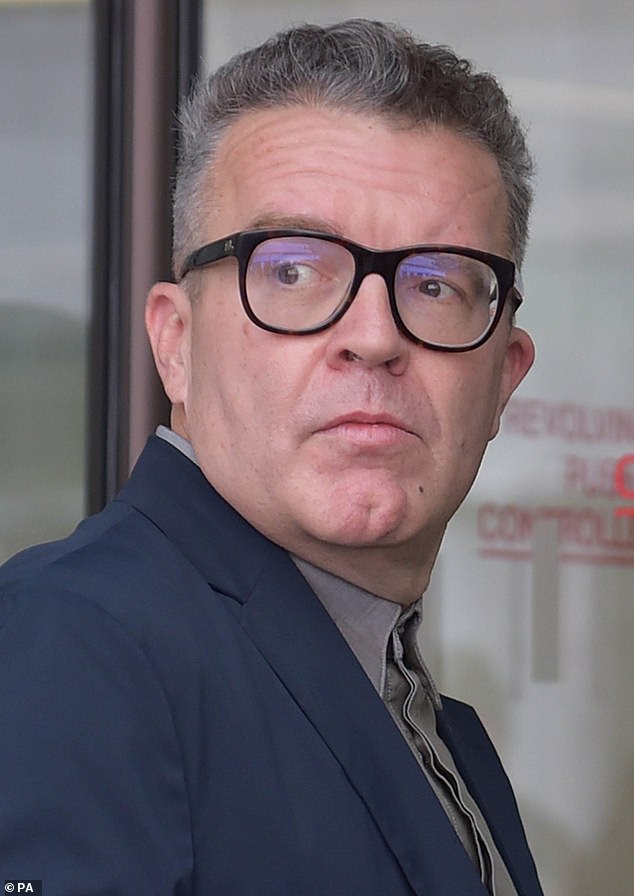 Mr Watson told the meeting recent events such as the departure of MPs like Luciana Berger to form the Independent Group (TIG) had been ‘a wake-up call’.

The Labour deputy leader went on: ‘The last few weeks have been very difficult and upsetting.

‘The departure of good people, in particular friends like Luciana and Ian Austin, was for me a personal wake-up call to step up and do more.

‘I really fear that unless we restore pluralism and tolerance to this party, it will be irreparably damaged and we will see a schism bigger than any we have experienced in our long history.

‘This party is made of many elements and we’ve only ever worked and been elected to government when the pluralism of our different traditions has been respected.’ 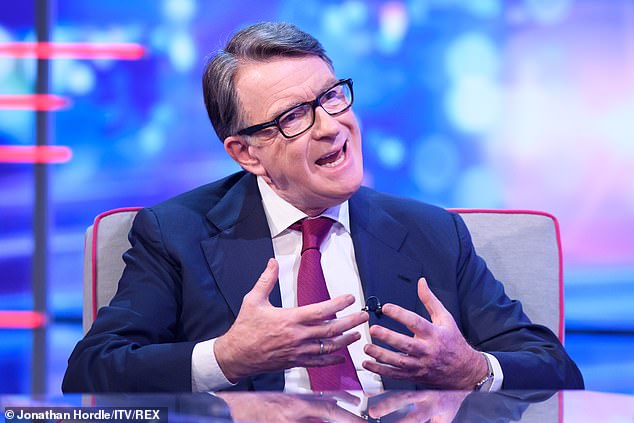 Lord Mandelson, pictured on ITV’s Peston in February, was among those who attended Monday’s meeting of moderate Labour MPs along with fellow peers Lord Kinnock, and Lord Prescott

Mr Watson has long been planning the move, but it has been accelerated by the civil war which has broken out over anti-Semitism.

The veteran party power-broker and union fixer claims he has an independent mandate because he was elected deputy leader by the membership.

Discussing Mr Corbyn, Mr Watson said: ‘Jeremy to his credit kept the voice of his tradition alive through the campaign group during the New Labour years.

‘So, he understands the need for those from the social democratic and democratic socialist traditions to give ourselves the strongest voice we can.

‘I feel, and I suspect that many colleagues in this room feel, that the voice of the social democratic and democratic socialist traditions hasn’t been strong enough in recent times.

It has also been seen as a potential fix to prevent more MPs leaving Labour to follow Chuka Umunna, Luciana Berger and others into the Independent Group (TIG).

He asked Labour MPs to forward complaints made to the party about anti-Semitism to him so they could be monitored in a move she branded ‘completely unacceptable’.

He returned fire in the extraordinary public spat by insisting there had been a ‘complete loss of trust’ in the party regarding the complaints situation.

MP Darren Jones insisted the group was not a faction or a Labour equivalent of the Tory European Research Group (ERG).

Mr Jones told reporters: ‘Some have said that this is a new faction it is in fact the complete opposite.

‘As Neil Kinnock, our former leader was saying this evening, and Peter Mandelson, this is a coming together of previous factions into the mainstream Labour Party.

‘We are not the ERG. We are not a party within a party.’

'The Crown': How Prince Harry and Meghan Markle Are Working Hard to Be Left Out of the Show

OnePlus 8T revealed ahead of launch event in eleventh-hour leak

Glastonbury 2020: Experience full line up including Adele and Ed Sheeran – The Sun