Fire crews did not enter the kitchen until five minutes after the flames had spread through a window, the inquiry into the disaster heard today.

Thermal imaging camera footage was played to the retired judge leading the inquiry as he was told about how the tower block fire started. 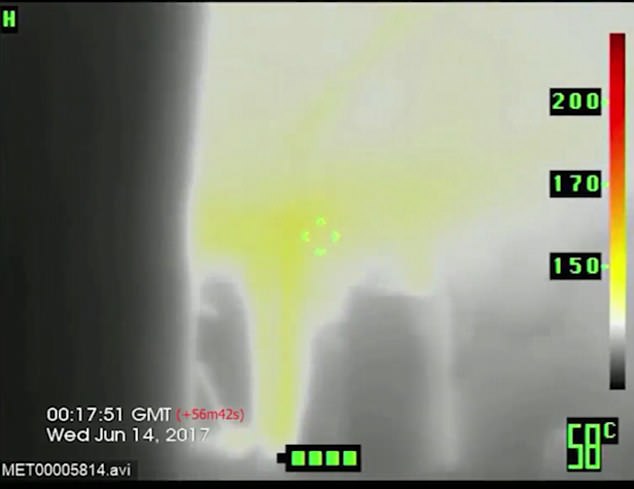 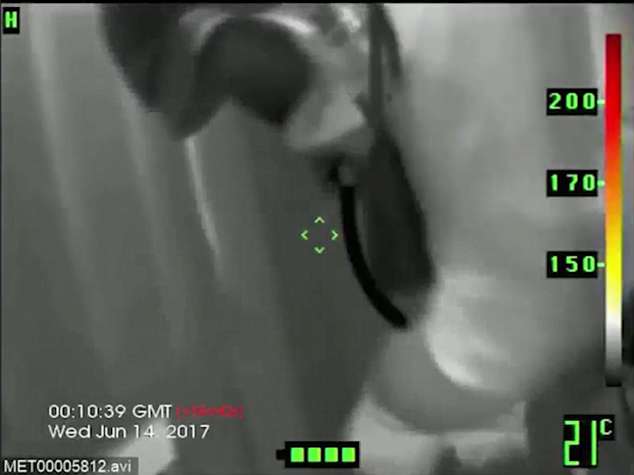 The inquiry heard two firefighters broke down a door and entered the fourth floor flat where the blaze began in or around a fridge-freezer.

Crew manager Batterbee and his colleague firefighter Brown reached the fourth-floor apartment at around 1.07am, roughly 13 minutes after occupant Behailu Kebede rang 999.

Mr Kebede had been sleeping on a mattress in his living room when he was awoken by his fire alarm and found smoke coming from behind his fridge-freezer in the kitchen.

Two other occupants had been asleep in the flat, named only as Ms Kinfu and Ms Afeworki. All three escaped after Mr Kebede shut off the electricity.

The footage was shown to the inquiry as part of a presentation by Professor Niamh Nic Daeid, the director of the Leverhulme Research Centre for Forensic Science at the University of Dundee, who was explaining the origins and cause of the fire.

The emergency crew could be seen scrabbling through a smoke-clogged hallway for several minutes, checking both bedrooms and the living room before entering the kitchen at 1.14am.

An ominous yellow glow can be seen which is quickly doused by liquid from a hose.

Talking over the footage, the professor said: ‘Here is where the firefighters enter the kitchen for the first time – the yellow glow that you can see is the fire that is down at the window ledge in the kitchen. 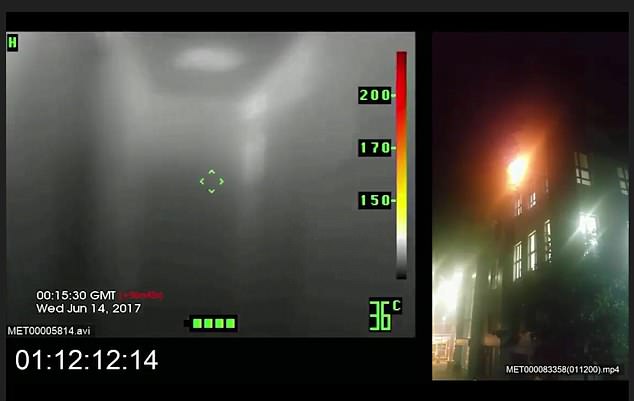 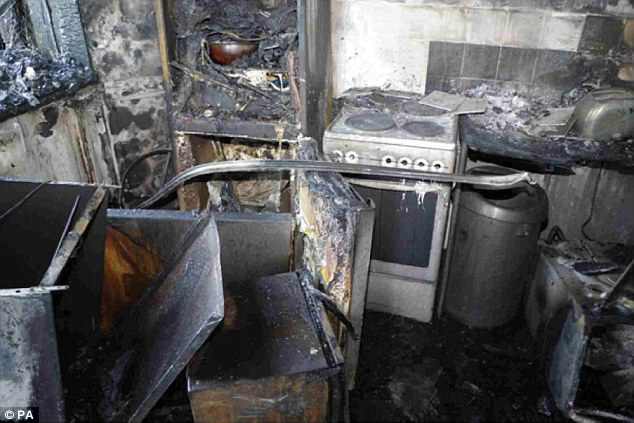 They re-entered at 1.20am and extinguished the fire that was ‘in or around the fridge-freezer’.

It is at this stage in the footage – around 1.21am – it became clear the scale of the problem had widened.

Professor Nic Daeid said: ‘The camera now swings round and looks out of the window of the flat and you can see aspects of the cladding that are coming down outside of the window.

‘The fridge-freezer can be seen with the top door missing and the bottom door open.’

Camera footage shot from outside the building at the same time captured the menacing advance of the blaze from the kitchen window up the flammable cladding system. 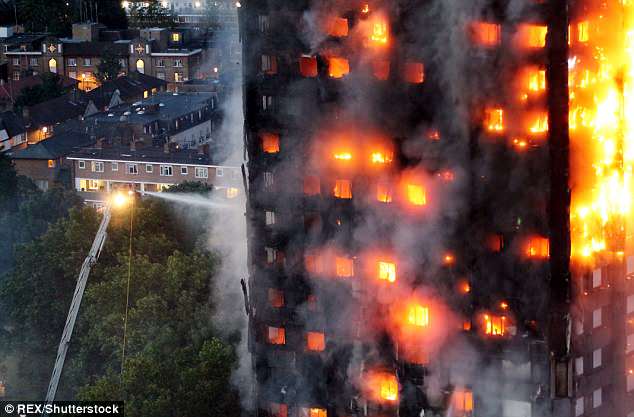 The expert continued: ‘The first embers can be seen falling from the kitchen window of the flat – Flat 16 – at about 1.08am, approximately one minute after the firefighters had entered the flat.

‘The fire begins to extend out of the kitchen of Flat 16 at approximately 1.09am.

‘This is around five minutes before the firefighters entered the kitchen for the first time.’

The blaze eventually engulfed the 24-storey block and ended up claiming 72 lives.

Four fire engines were initially sent to the scene, including two from North Kensington which arrived within four seconds of each other at 12.59am, one from Kensington and another from Hammersmith, the inquiry heard.

Photos showing the burnt-out wreckage of the flat were also shown to the hearing at Holborn Bars – the fire having re-entered the dwelling at a later stage.

The fridge-freezer had been ‘exposed to fire damage from the bottom to the top’, Professor Nic Daied said, adding the damage seemed focused more towards the ‘rear than the front’.

It is possible that further signs of damage were caused by nearby appliances being caught up in the blaze or the window whipping the fire up further, she continued.

A scorched area of the laminate flooring where the appliance stood was also shown, marked in contrast to the largely unburnt area around it.

Professor Nic Daeid said it was possible to say that the fire had started in the south-east corner of the kitchen, in or around the fridge-freezer.

But, she added, further tests were required to determine the precise cause.

She told the hearing: ‘At this time, no in-depth analysis of the electrical system or combustibility analysis of the tall fridge freezer and its components have been undertaken and reported by any fire investigator involved in the investigation of the origin and the cause of the fire.

‘As a consequence, it is my opinion that the cause of the fire remains undetermined until further analysis of the tall fridge freezer and other electrical components recovered from the south-east corner of the kitchen of Flat 16 can be undertaken.’

The expert is one of three giving evidence to the inquiry this week and will be followed by Professor Luke Bisby from 10am on Wednesday.