Theresa May has received a boost in her hopes of seeing off a no-confidence vote in the first survey of grassroots members since last week’s Cabinet revolt.

An exclusive poll of 500 Tory councillors found they would want MPs to back the Prime Minister in any no-confidence vote, by a factor of almost two to one.

It comes as Tory MPs are this weekend back in their constituencies to discuss with their local associations how they should vote in any no-confidence motion.

The poll by Survation showed 59 per cent of respondents would want MPs to back Mrs May in a vote, with just 33 per cent wanting them to oppose her and the remaining 8 per cent unsure. 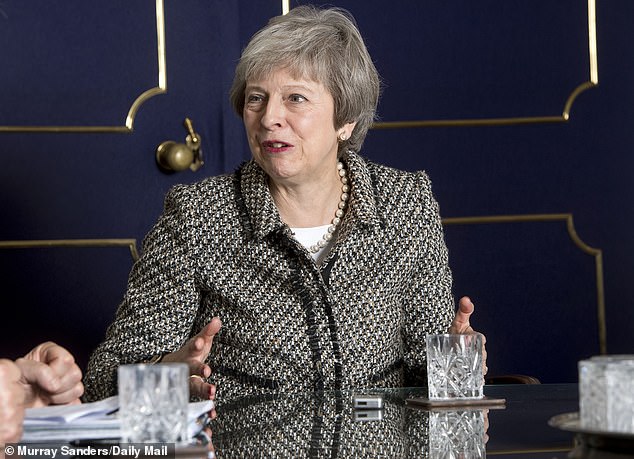 An overwhelming 90 per cent of those who backed Remain support Mrs May but more Leave voters (47 per cent to 43 per cent) would like to see her lose.

On balance, Tory councillors want their MPs to vote in favour of the deal. It is another boost for the Government, which is facing a looming rebellion that could see the draft agreement fail to get through the Commons next month.

In total, 48 per cent of those surveyed said they would like Conservative MPs to vote for Mrs May’s deal and 45 per cent revealed they would want them to vote it down, with 7 per cent unsure.

Reflecting the anger among Brexiteer Ministers and backbenchers who feel the deal is too much of a compromise, the majority of those who backed Leave at the referendum (59 per cent) said MPs should vote against it. 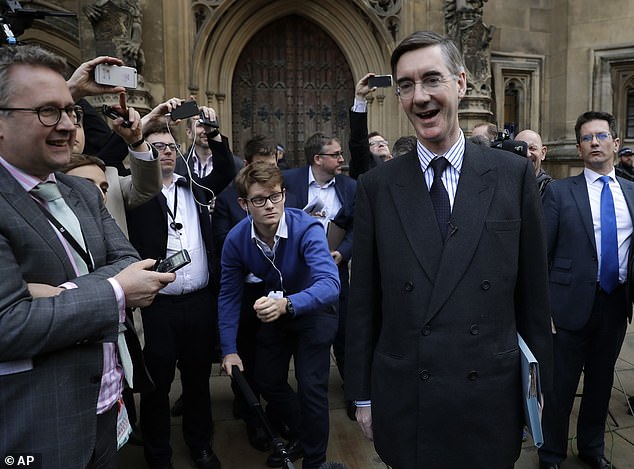 Jacob Rees-Mogg, pictured at Westminster on Thursday, launched a Tory rebel plot to oust the PM but the Brexiteers have yet to reach the 48 signatures needed for a confidence vote

Detailed questioning suggests that although Tory councillors back Mrs May and want her deal to get through Parliament, they still do not think she has won Britain a good divorce settlement from the EU.

Just one in five (21 per cent) strongly supported and a further quarter (26 per cent) somewhat supported the draft withdrawal agreement.

But more than one in three (35 per cent) said they strongly oppose it and another (14 per cent) somewhat oppose it.

The deal itself provoked strong opinions with only 4 per cent saying they neither support nor oppose the deal.

And in what may be seen as a sign of Mrs May’s enduring strength, there appeared to be no favourite to replace her if she lost a no-confidence vote. The largest proportion, 22 per cent, said they did not know who should be the next Tory leader.

Of the contenders listed in the poll, 12 per cent said they would want David Davis, followed by Boris Johnson and Home Secretary Sajid Javid tied on 11 per cent. Jacob Rees-Mogg polled 8 per cent as did Environment Secretary Michael Gove.

The majority (58 per cent) thought that a future leader should have supported Leave at the referendum, however, with only 14 per cent disagreeing.

This one trouser style is everywhere at Copenhagen Fashion Week