In an age when politics has been reduced to a series of tedious games between expert players – conventional, flat, robotic, monochrome – Boris Johnson stands out in full-colour 3D as a rule-breaker and convention-smasher. He is rude and funny and unashamed. He says what a lot of British people think – only more cleverly. And a lot of them like it. 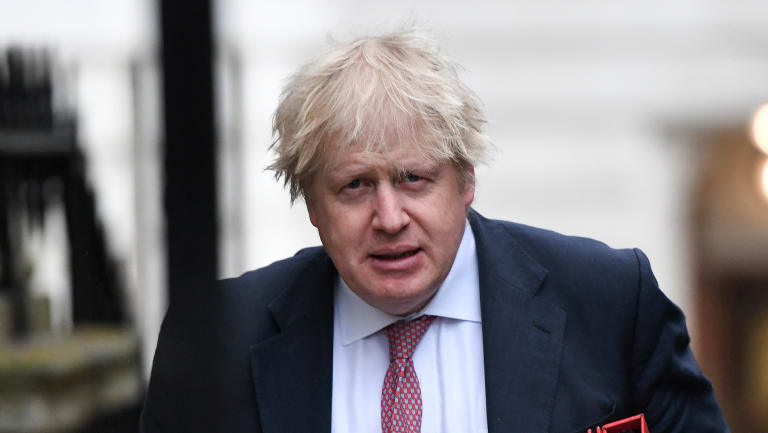 Boris Johnson has stepped down from his role as British Foreign Secretary .

The wave of popularity this has brought him he has surfed with some success – until now. Having quit as foreign secretary he is down; is he out too?

Physically, as well as politically, you might think so. The suits are rumpled, the gait is shambling. He rides a bike. The plummy voice and the cleverness mark him as a toff, but he otherwise does his best to disguise it. Even in a suit, he manages to resemble a one-man barbarian horde. It’s the hair: like Tim the ostler’s in The Highwayman, it looks like mouldy hay.

Yet his convention-breaking is itself conventional. He is a product of the British class system – Eton and Oxford. He read classics at Balliol. In these circles the British love an eccentric, and Johnson from early in his career was keen to give them one. He became a journalist on conservative-leaning papers – The Times, The Daily Telegraph – before becoming editor of The Spectator, a small magazine with large influence on the right, and during his time at least, characteristics which matched Johnson’s own.

Johnson’s Spectator was eccentric, witty, well-educated and outspoken to the point of rudeness. Later editors struggled to maintain Johnson’s tone of cheerful naughtiness, and the magazine lapsed too often into something more conventional: dyspeptic right-wing anger about absolutely everything.

Having seen it win readers as an editor, Johnson adopted naughtiness in his subsequent political career. As an MP and member of the shadow cabinet, he managed to keep to most of the Conservative platform most of the time, but when he defeated Labour’s "Red Ken" Livingstone to become lord mayor of London, he was let off the leash. He has made a habit of offending prominent individuals, world leaders, sensitive minorities and whole nations with careless abandon – and then apologising profusely. At various times he has insulted Hillary Clinton, Barack Obama, Donald Trump, and Angela Merkel. He won a competition with an insulting limerick about Turkey’s president Recep Tayyip Erdogan. One enterprising newspaper published a BoJo Insult Generator, and invited readers to find out “what Boris Johnson would call you”. 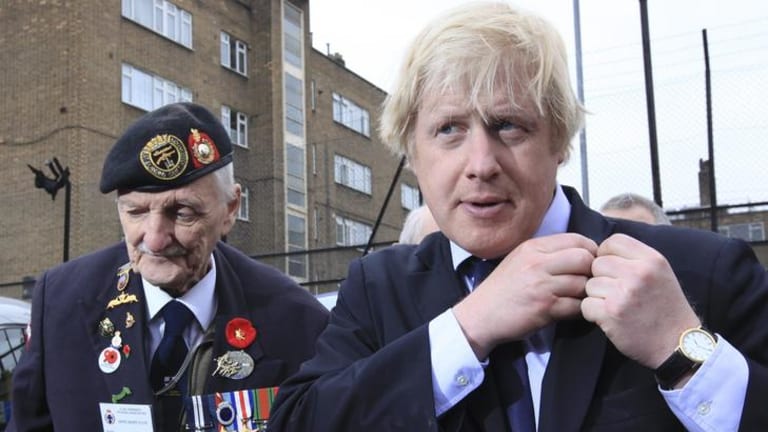 Boris Johnson arrives to see off World War II veterans when he was lord mayor.

Apologising is also part of his schtick. After Port Moresby’s high commissioner complained that he had accused the people of Papua New Guinea of cannibalism and chief-killing, he said he meant no insult, and was happy to “add Papua New Guinea to my global itinerary of apology”.

The main focus for his naughtiness, though, is not personal but political. His interest early in his journalistic career in criticism of European Union policies gradually transformed into full-blown opposition to continued British membership. Re-entering Parliament in 2015, he became a leading figure in the Brexit campaign, which suited his xenophobe-lite instincts perfectly.

To Britons fed up with the stifling restrictions and formalities of EU membership and concerned about their country’s apparent loss of sovereignty, Johnson had long spoken truths which others were afraid to express, and in a playful “bloody-foreigners” tone which communicated the essential message while carefully refraining from any hint of extremism. 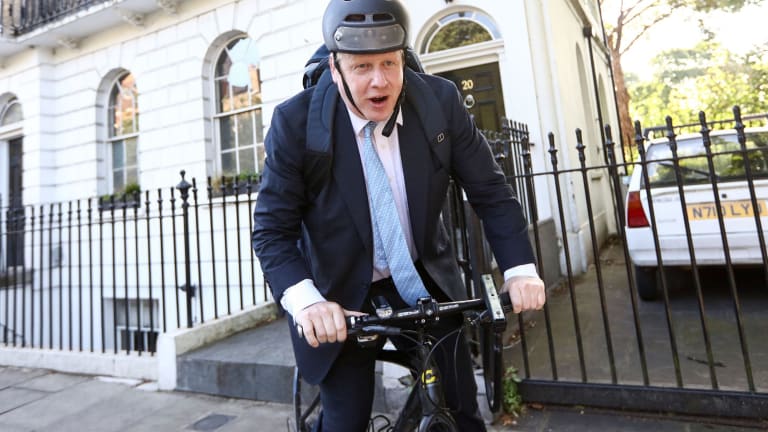 Boris Johnson on his bike.

Possibly to the Brexiteers’ surprise, they won the plebiscite which had been promised by a Conservative prime minister, David Cameron, to appease Eurosceptic voters. Johnson almost certainly wanted to succeed Cameron as Conservative leader and prime minister, but he was successfully undermined when a former ally, Michael Gove, said he believed Johnson would not be able to unite the party.

Whatever the reason for his withdrawal, by leading the Brexit campaign, winning, and then walking away when it was time to implement the people’s expressed wish, Johnson undermined his own future, possibly fatally. His subsequent appointment as foreign secretary by Cameron’s eventual successor, Theresa May, gave him a cameo role – but his effectiveness has been limited by the same flagrant indiscretions which brought him early success.

Johnson’s resignation will probably make things easier for the prime minister, Theresa May, for a while. But his enthusiastic support for getting the hell out of Europe come what may struck a deep chord within Conservative Britain, which remains profoundly split between supporters and opponents of Brexit. Naughtiness may come back in vogue.