Boris Johnson is facing fury today over his apparent failure to support self-employed workers during the coronavirus crisis amid claims he will soon offer them 80 per cent of their incomes to stop them falling into poverty.

The Prime Minister met with his Cabinet in Number 10 this morning, just hours after he put the UK into a state of lockdown in an attempt to slow the spread of the disease.

However, many ministers dialled into the meeting remotely in order to reduce the risk of infection.

They were widely expected to discuss an emergency economic help package for the self-employed which has been put together by Mr Johnson and Chancellor Rishi Sunak.

The government has been under intense pressure in recent days to bring forward financial assistance for the five million people in the UK who work for themselves.

There are increasing fears Mr Johnson’s lockdown will hit the self-employed particularly hard but it is thought some form of income guarantee to keep them afloat could be announced within days.

Mr Sunak told the House of Commons during Treasury questions at lunchtime that ministers are ‘determined to find a way to support’ the self-employed.

But he suggested work was still ongoing as he said the system of support must be ‘deliverable and is fair to the vast majority of the British workforce’. 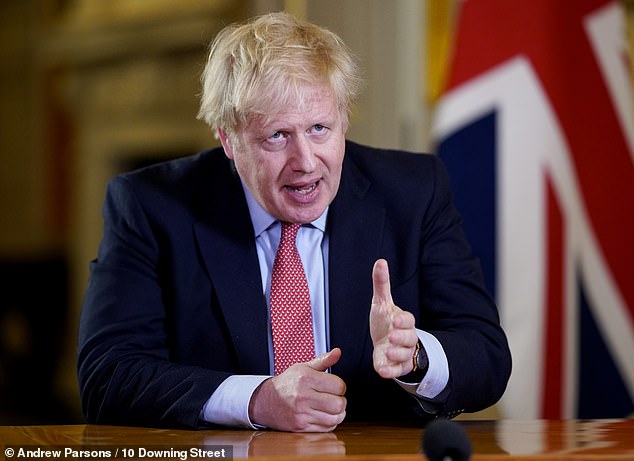 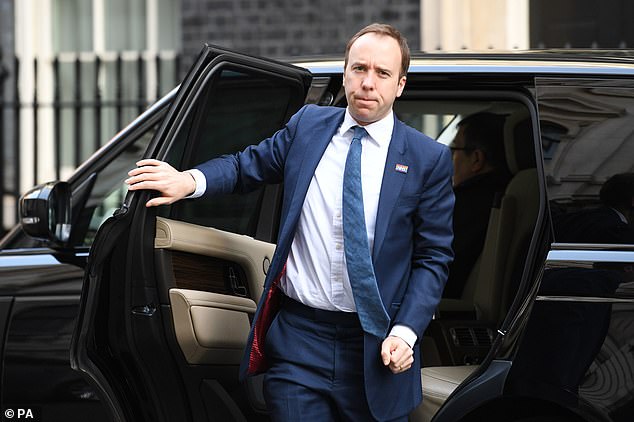 Matt Hancock, the Health Secretary, was one of the only Cabinet ministers pictured arriving in Downing Street for Cabinet today as many of his colleagues dialled into the meeting remotely 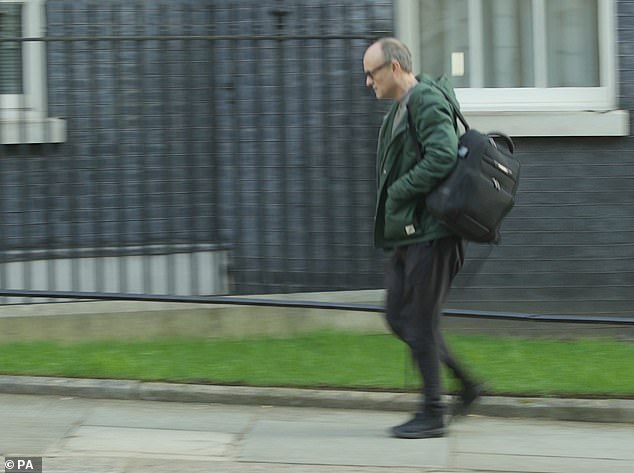 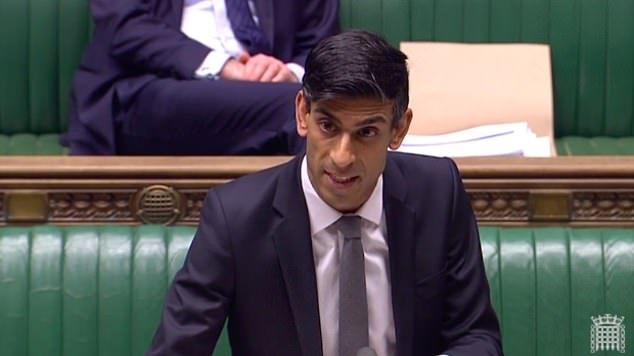 Rishi Sunak, the Chancellor, told the House of Commons the government is ‘determined’ to help the self-employed but suggested work is still ongoing on how the system will work

The government has already announced a £330 billion package of loans and £20 billion in other aid, as well as a business rates holiday, to prop up the UK economy.

But the Prime Minister and Chancellor are now being urged to focus their efforts on helping the self-employed amid claims the government has been slow to give them certainty.

The Sun reported that the plans which could be agreed by ministers as soon as today and potentially announced tomorrow will see people handed 80 per cent of their incomes.

It is thought the payments could come in the form of a grant worth 80 per cent of someone’s average income over the previous three years.

However, it is unclear how the payments will be processed and actually handed out.

The extra help for larger businesses represented a relatively straight forward problem for the government to solve because those companies already have payroll systems set up for their employees. But the self-employed will need to be contacted directly.

Mr Sunak was pushed by MPs this morning to bring forward help for the self-employed as soon as possible.

The Chancellor said: ‘I will be making further announcements about progress on these measures. It is something that we have been looking at in intense detail over the past week in the Treasury.

‘What I can say is we are in dialogue with all the key stakeholder groups including calls I am having today with several of those bodies.

‘There are genuine practical and principled reasons why it is incredibly complicated to design an analogous system to the one we have for employed workers.

‘But you can rest assured that we absolutely understand the situation that many self-employed people face at the moment as a result of what is happening and are determined to find a way to support them.

‘We need to be confident that can be done in a way that is deliverable and is fair to the vast majority of the British workforce.’

Many MPs are furious at the lack of help offered to the self-employed so far with one telling The Sun: ‘Many self-employed workers currently face a choice of feeding their families but risking lives, or staying at home but being crippled with debt.’

Ministers have faced increasing calls to move faster to help the self-employed with demands for action accelerating after Mr Johnson put the UK into a state of lockdown.

The Prime Minister last night announced that everyone must stay at home for at least the next three weeks. 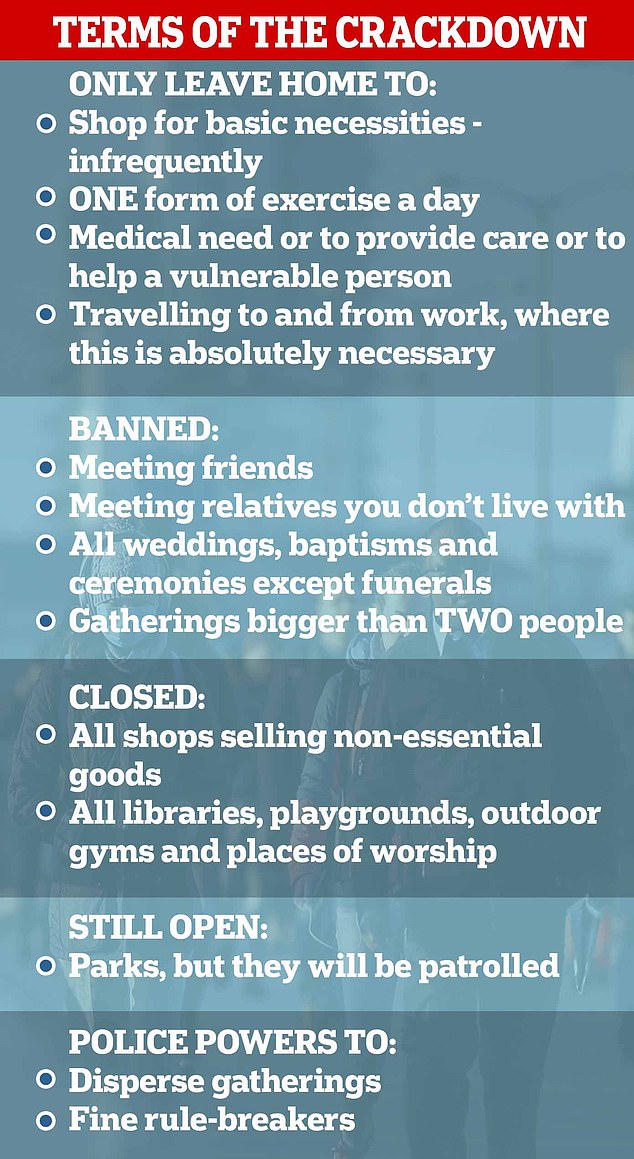 There are only four reasons for people to leave their homes: for food, for medicine, for exercise or to go to work if ‘absolutely necessary’.

The last reason has caused confusion because the government is seemingly leaving it up to workers to decide if they really need to leave their house.

To ensure people do not flaunt the rules, the police will be given powers to issue fines for non-compliance and to disperse gatherings.

The government has also banned gatherings of more than two people and closed all non-essential shops – including clothing and electronics.

All social events have also been cancelled including baptisms and weddings but funerals will be allowed to go ahead.

Who is leaving Emmerdale as dramatic episode puts three in serious danger?

The 7 Best Soaps For Acne