Boris Johnson’s chief of staff is on the brink of leaving Downing Street after just four months in the job, sources claim.

Former Treasury civil servant Dan Rosenfeld has had a baptism of fire since he took up his position in January, and has been the subject of hostile briefings from all sides as the factional wars have raged in No 10. Within weeks of him starting, it was claimed that a ‘Sack Dan’ campaign was under way due to his management style.

One official claimed that in meetings he was ‘imbued with the false bonhomie of David Brent in The Office’. Another said: ‘He’s obsessed with process and paperwork rather than politics and people.’ 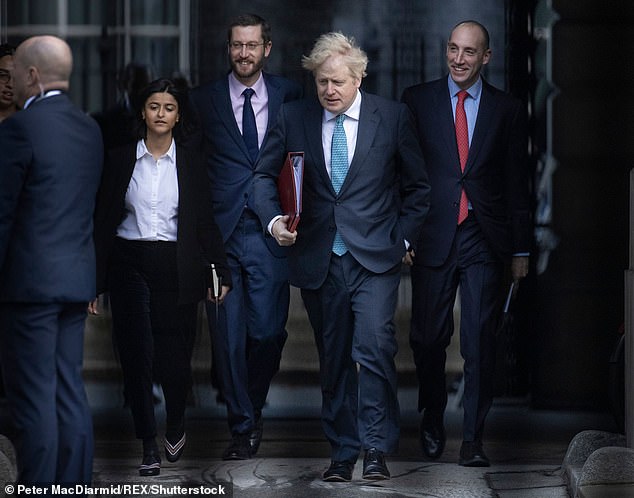 Boris Johnson’s chief of staff Dan Rosenfeld, pictured right, is thought to be considering leaving his job, while Munira Mirza, left, who heads the No 10 Policy Unit, has also been under question 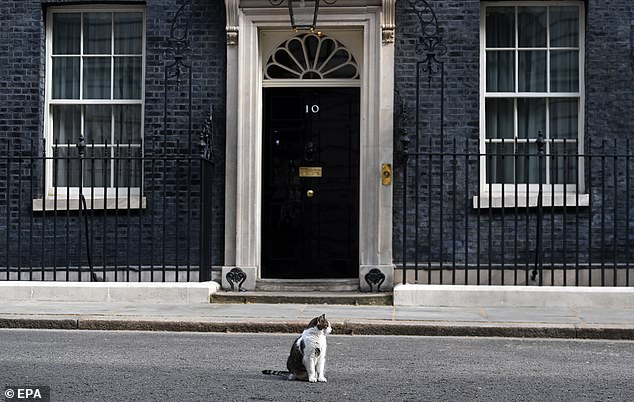 Within weeks of arriving at Number 10, Rosenfeld was subject to a ‘Sack Dan’ campaign

It means that the Prime Minister is once again faced with a search for a ‘strong hand’ to bring discipline to the No 10 machine.

The future of Munira Mirza, who heads the No 10 Policy Unit, has also been under question.

Government sources reported talk a few weeks ago that she was on her way out. Ms Mirza is one of the few long-term aides to Boris Johnson still in government, having previously been a Deputy Mayor for Education and Culture while he served at City Hall.

Mr Johnson last month lost Lord Lister, another ally from his London Mayor days, who quit the Government after repeated questions over his private interests.

A source said No 10 adviser Henry Newman had been touted as a potential addition to the Policy Unit – until Dominic Cummings accused him of being the ‘Chatty Rat’ who leaked lockdown plans. Mr Newman denies the claim. Last night, a source said Ms Mirza was likely to stay in her job, but the widespread view is the Policy Unit needs a shake-up, adding: ‘It is regarded to be not strong enough. They are not producing anything.’

Greek government pushes ahead with floating barrier to stop migrants