A three-year-old boy was left ‘paralysed’ after being bitten by an adder while on a picnic in a park with his family.

Lewis Wise was attacked by a venomous adder at Lightwater Country park in Surrey on Sunday.

Images show Lewis lying in a hospital bed, where he was given three vials of antivenom and morphine.

The toddler was looking for his toys in the long grass when the snake bit him. 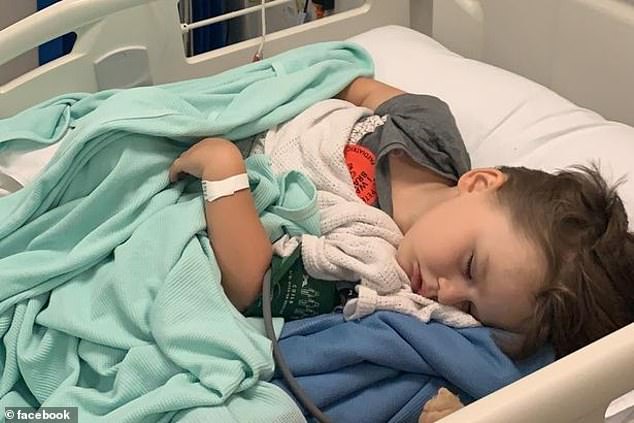 Daniel Wise, his father, has urged parents to be cautious about snakes after the ‘horrifying’ incident.

Speaking to SurreyLive, the 39-year-old from Addlestone, Surrey, said: ‘We think he may have trod on it by accident and it latched onto his leg. It was instant and then he was in excruciating pain.

‘We were trying to keep his heart rate low.

‘You have to keep your children calm because the faster your heart pumps, the quicker the venom goes around your body.’ 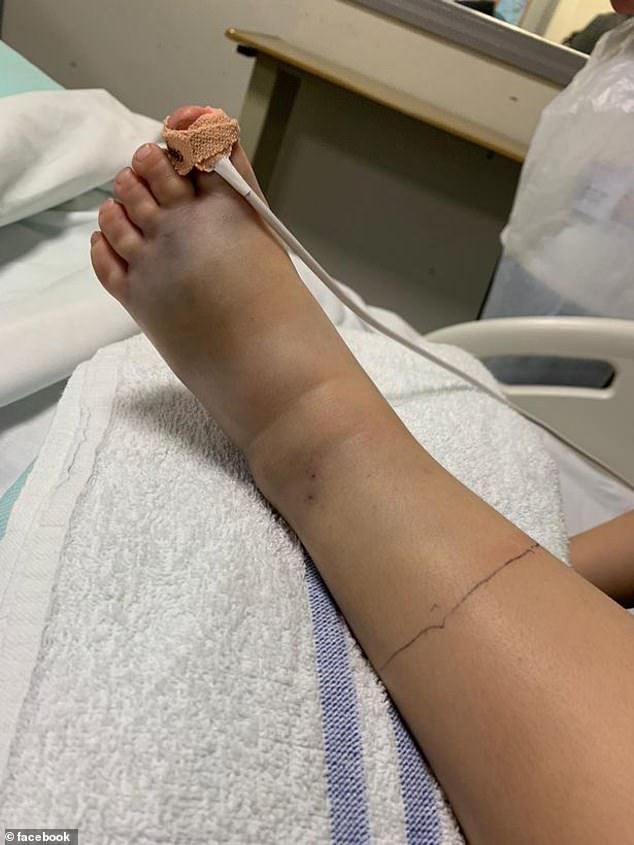 Images show Lewis lying in a hospital bed, where he was given three vials of antivenom and morphin

Lewis was looking for his toy insects in the grass when the incident happened.

Mr Wise heard ‘a massive scream’ and saw his son had been bitten by the snake which was camouflaged by the plants.

Mr Wise said: ‘His whole leg swelled up and it went all the way up to his groin area. His foot has basically gone black, it’s all swollen and bruised.’

The boy was given three vials of antivenom and morphine by doctors who treated him.

He has since been transferred to St George’s Hospital in Tooting, south London, to see a skin specialist.

Adders are Britain’s only venomous snakes and an estimated 50 to 100 people are bitten by them each year.

The bites are rarely fatal with the last death from an adder bite in Britain being in 1975.

Mr Wise has warned parents to stay alert to wild animals post-lockdown: ‘Due to COVID-19, we have not been going to these places and now all of our paths are crossing again.

‘People should not be going near them or trying to catch them, they should be left alone. Parents need to be aware of the dangers.’

Chemical spill panic as ’12 people are rushed to hospital’

Chemists Reveal How Harmful Blue Light Is To Your Eyes