TWO teens have been found guilty of kidnapping a pair of brothers aged two and four after stealing their dad's car while they were still inside.

Detectives in Birmingham were called by a "distraught dad" back in February when his Seat Leon went missing with his young sons inside. 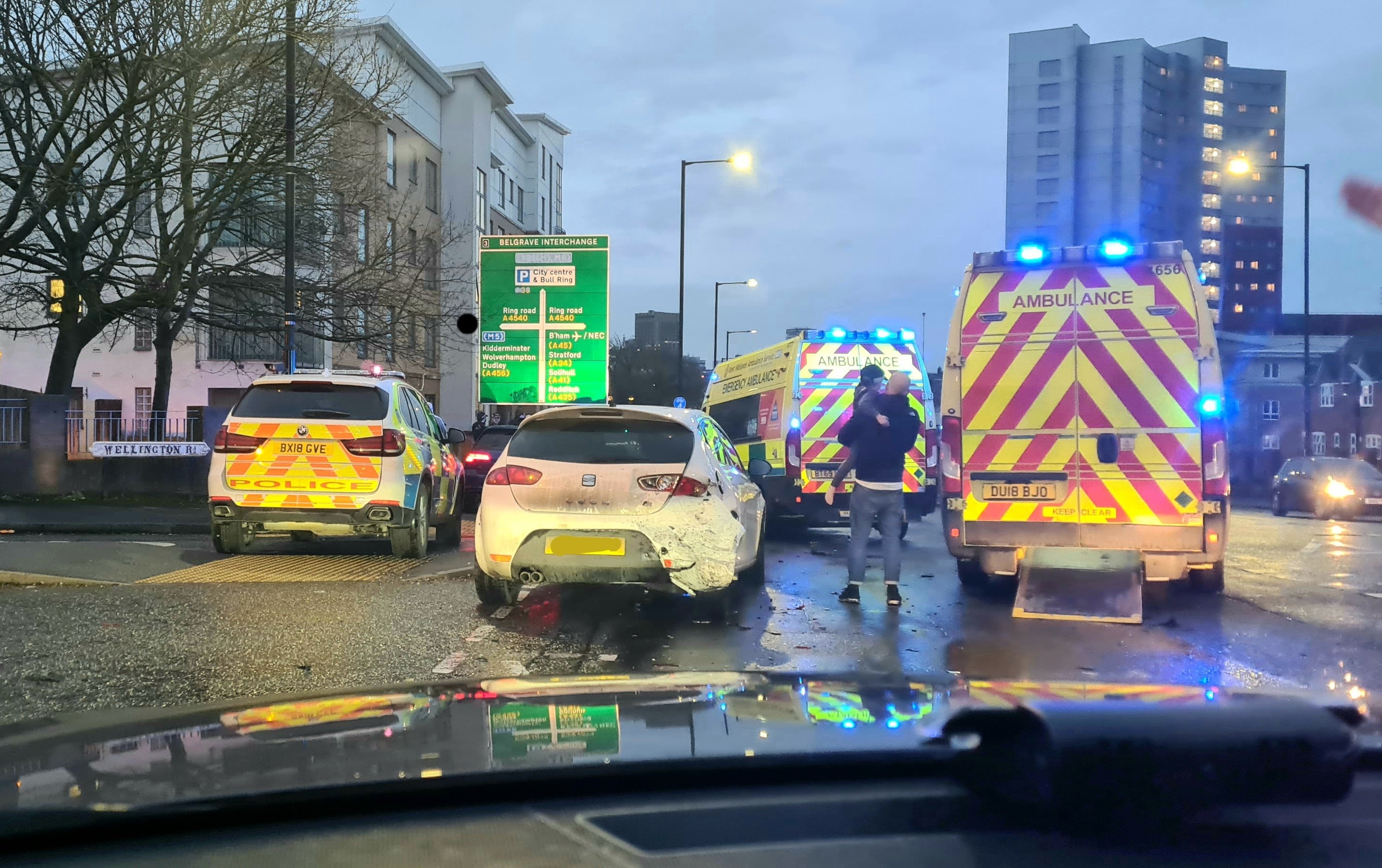 Officers rushed to the scene along with dog units and a police helicopter.

It was only when armed cops swooped in that the car was brought to a halt on the A38 Bristol Road close to the Bullring shopping centre.

Officials from West Midlands Police said at the time that both little ones were found "safe and well inside the car" before being "reunited with their parents at the roadside".

The boy who drove the the Nissan Note, 15, claimed he took the car to settle a £40 drug debt, snatching it as its engine was left running in the Selly Park area of Birmingham.

But the defendants, both 15 at the time, claimed they hadn't noticed the kids in the back seat.

One of the teens told Birmingham Magistrates' Court he thought the boys' dad was a delivery driver, as he dropped off food at a pal's house.

He said he didn't realise the tiny brothers were strapped in the back until cops arrested him on suspicion of kidnap.

But District Judge Shamim Qureshi accepted the evidence of the boys' dad – who told the court he shouted to tell them his sons were inside, minutes before the crash on Birmingham's busy A38 Bristol Road.

Finding both defendants guilty of two counts of kidnap, Judge Qureshi said: "The only issue in this case is whether the defendants took the children without lawful authority or reasonable excuse.

"Their defence in this case is that they were unaware that the two children were in the car."

Ruling that the younger teen had decided to steal the Nissan, while the other "went along with" the theft, the judge said common sense meant the children would not have remained quiet for the entire journey.

The court heard the children's dad was left crying hysterically in the street after his vehicle was stolen on Saturday February 20.

Although the older child was uninjured in the crash, the two-year-old suffered a cut to his mouth and a bruised shoulder caused by the straps of his car seat.

Giving evidence as his mum watched from the public gallery, the boy who drove the car told the court he had bolt cutters and was looking for a bicycle to steal when he saw the Nissan with its engine running.

Claiming his intention was to sell the car to pay off a debt, the youth said he crashed after being chased by a police van and seeing oncoming police cars.

Describing the horror smash, the 15-year-old said: "I 'sandwiched' the car between two other cars and then ran off.

"The very second I have crashed, the airbags went off in my face. It was smoky in the car and I have blacked out for a quick second. My ears were ringing and then I ran off."

The older teen was bailed until sentencing at the same court on May 17.

The other defendant was remanded into youth detention and will be sentenced at Birmingham Crown Court on May 19.

Neither teen can be named because of their age.

Warranty vs guarantee: What is the difference when buying white goods or electrical items?

Still Reeling! Game of Thrones’ 10 Most Unforgettable Moments So Far