EXCLUSIVE: Brad Pitt’s Hurricane Katrina homes are rotting, leaking and caving in – and residents claim the actor and his charity have disappeared from New Orleans and some fear they will be forced to abandon poorly built properties

Walking around New Orleans’ Lower Ninth Ward neighborhood, people are still angry at the impact of Hurricane Katrina and how unprepared the city was for the massive storm nearly 13 years on.

But now some of their wrath is directed at Brad Pitt and his charity Make It Right.

After the levees of the city’s industrial canal were breached, the Lower Ninth Ward of predominantly black and low-income families was decimated by the floods, with most houses swept away or left in ruins.

Among the first to lend a helping hand was Pitt, who – along with his then wife Angelina Jolie – owned a house in New Orleans and set up the charity Make It Right to help regenerate the area. Pitt was lauded as a humanitarian who willing to put his money where his heart was.

But according to residents interviewed by DailyMail.com,, Pitt hasn’t been seen in the Lower Ninth Ward in years and the last Make It Right home was built in 2016, giving up on its promise to construct 150 new homes – as stated on its out-of-date website – with just over 100 being built.

And many of those houses are falling apart, with roofs caving in, wood rotting and walls collapsing. 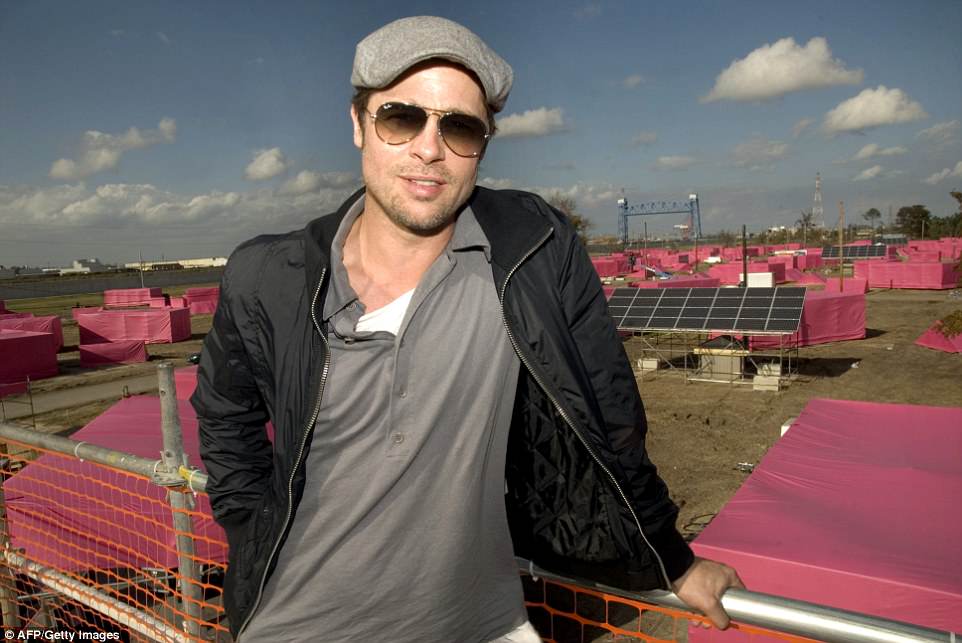 Brad Pitt’s charity Make It Right promised to regenerate the Lower Ninth Ward of New Orleans, Louisiana, in the years after Hurricane Katrina hit in 2005. He’s pictured above in 2007 in front of pink stand-in structures (background) where 150 ecologically sustainable homes were to be built 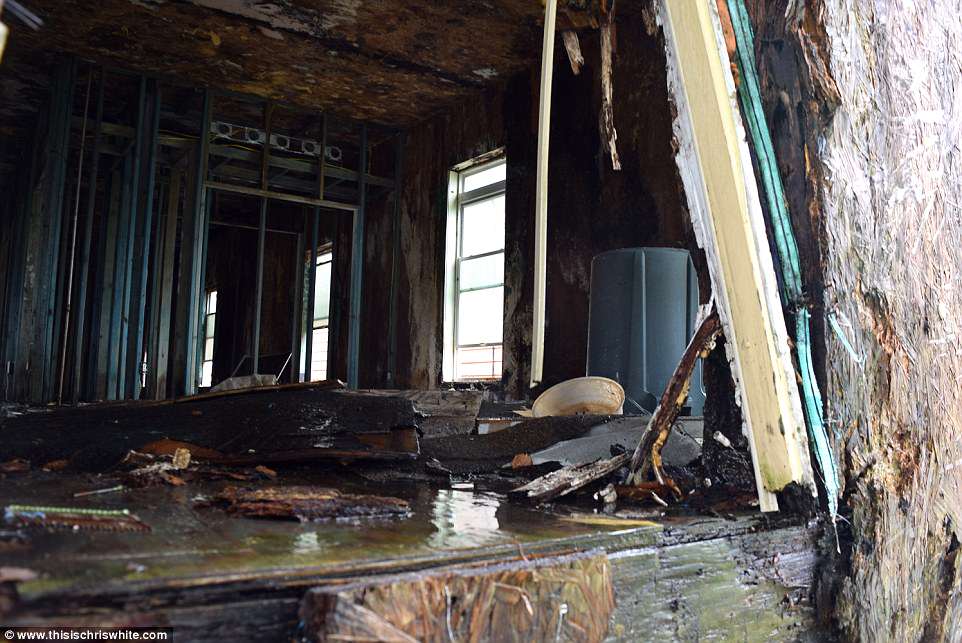 But Pitt hasn’t been seen by Lower Ninth Ward residents  in years and the last Make It Right home was built in 2016, giving up on its promise to construct 150 new homes – as stated on its out-of-date website – with just over 100 being built 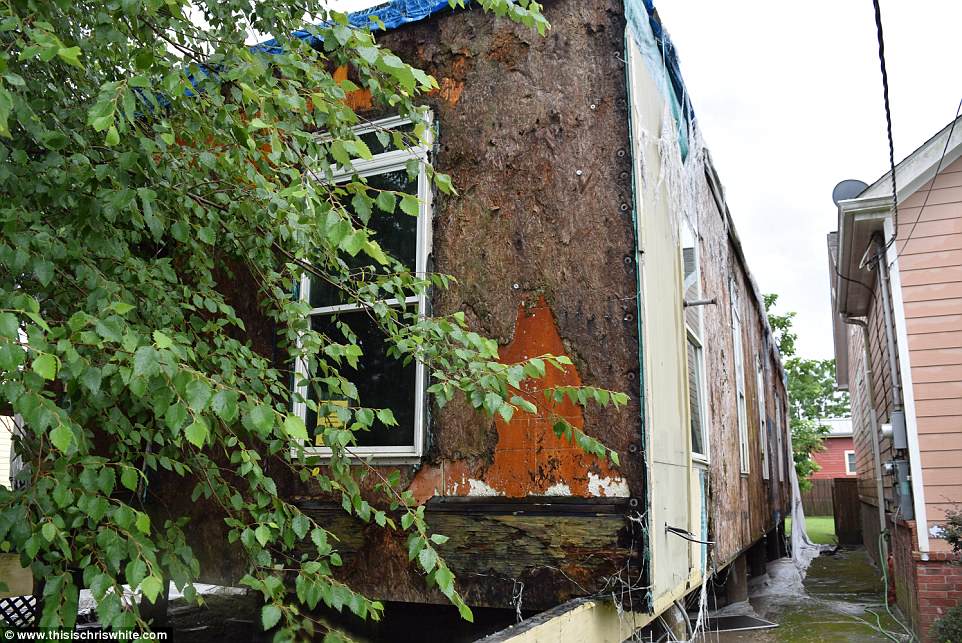 Many of the houses, including the one pictured above, are falling apart, with roofs caving in, wood rotting and walls collapsing 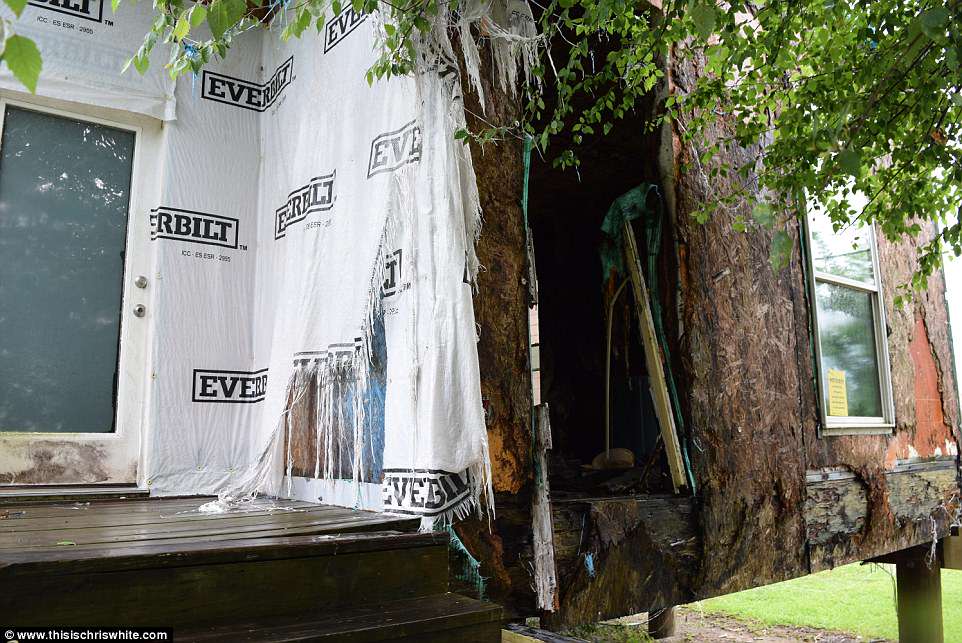 A man and woman were living in the home pictured above when it’s claimed the woman started getting sick from mold. Make it Right told her to move out and the charity would renovate their house. The renovation never happened

Locals told DailyMail.com that they used to see the Hollywood star walking around the neighborhoods, with the organization’s office being in the center of the Lower Ninth. Recently, he is no where to be seen.

A  source close to Pitt tells DailyMail.com says that Brad has visited New Orleans several times over the past few years—including earlier this year—and continues to make the organization a priority from wherever he may be in the world.

‘In addition to personally being there, he continues to dedicate significant time and financial support to this project,’ the source said.

A source close to Make it Right told DailyMail.com:

After the 10 year anniversary of Katrina, the Make It Right leaders conducted an internal review to make sure they were meeting the high standards—steps are being taken to remedy issues in homes that did not meet these standards.

The Make It Right Foundation has built over 100 homes in the New Orleans area—there is ongoing work that will continue to achieve the desired outcome of this project.

This is a totally normal process, as with any organization specifically one working on construction of homes, there are bound to be some problems and challenges but, Make It Right is working to remedy any issues.

The homeowner that has raised these concern currently resides in a home that is structurally sound.

The homeowner of the actual house being worked on is working closely with MIR on the construction and rebuild of their home.

All work being done is in coordination with and in full compliance of the homeowner.

‘This is an ongoing project for both Make It Right and for Brad—who has personally donated his time and millions of his own dollars to ensure the community is revitalized and the project continues as scheduled.’

Shortly after Hurricane Katrina hit, families who had lost everything were encouraged to return to the area and buy affordable housing built by Make It Right.

The houses were like nothing the community had seen before, with architect competitions deciding cutting edge designs.

People praised Pitt for his actions, and for the first few years, the program made a difference despite running massively over budget.

Make It Right said it had spent $25 million by 2015, but another housing NGO (non Government Organization) claimed the charity had spent four times that amount.

Since the final home was built the mood in the area has soured, as some residents have complained about their houses, quite literally, falling apart.

Regeneration has ground to a halt and has even gone backward in some cases. The area is blighted with boarded-up homes that have been badly designed. Only a third of pre-Katrina homeowners have returned.

Some residents have abandoned their Make It Right homes because they can’t afford the repairs.

Even though residents bought the properties at a discount, their investments could be worthless in a few years time due to the houses’ structural flaws.

Most homeowners who bought from the organization have a ten-year guarantee. But those nearing to the end of that warranty are worried.

In some cases, they’ve plowed their savings into the new homes. If the owners face huge repair bills in the future and can’t afford them, they wonder, how can they sell a house which is falling apart and virtually worthless?

In one case, a Make It Right Home abandoned by its owners had completely rotted away – with the walls and roof collapsed.

Google staff in the UK earned an average of £226,000 each last year

“Am I the only person who’s stoked that New Year’s Eve is cancelled?”

'Big Brother 22': Tyler Crispen Says He Wants To Sacrifice Himself To Save the Two Nominees