Supporters gather to remember the politician and rights activist, and call for her killers to be found.

Sao Paulo – Thousands gathered in Brazilian cities on Saturday to mark one month since the killing of Rio de Janeiro city councilwoman Marielle Franco, whose murder shocked the country and the international community, and until now, remains unsolved.

Franco was shot four times in the head at close range in central Rio de Janeiro when a car drove alongside her vehicle and a gunman opened fire, killing her and her driver, Anderson Gomes.

Born in the Mare favela, Franco, a black bisexual, feminist and human rights activist, was an outspoken critic of the endemic police violence in Rio’s poor communities and of the recent security intervention by Brazil’s armed forces.

For her supporters, she was also a new hope in Brazil’s traditionally rich, white and male political atmosphere.

“What she represented was enough reason to be murdered,” her sister Anielle Silva, a teacher, told Al Jazeera.

Days before her killing, Franco publicly denounced Rio’s most violent police unit, known as “the battalion of death”, based in the city’s poor northern suburbs. 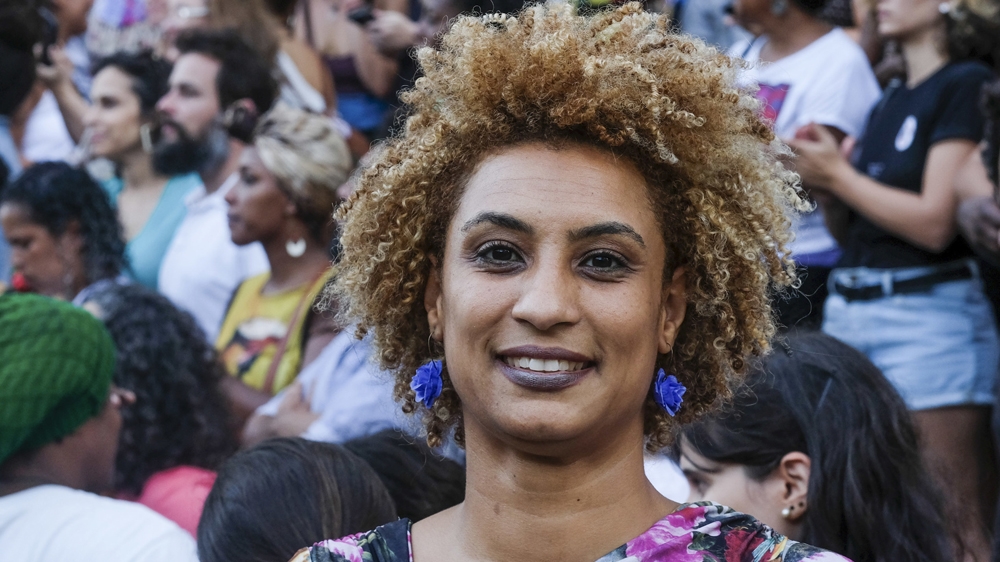 Following her death, Franco was the victim of a defamation campaign on social media that said she had close links to Rio drug traffickers. A Rio court ordered Facebook to remove all related posts.

“Her death was very painful, but to have fought the fake news was very good,” her sister said.

On Friday, Amnesty International called authorities to “conduct a prompt, thorough, impartial and independent investigation that not only identifies the shooters, but also those who ordered the killing”.

Local media reported that prosecutors said the case is advancing well. Fingerprints were found on bullet shell casings that could help identify suspects. Rights groups, however, expressed concern, pointing to the number of cases that go unsolved in the country.

Brazil has more than 60,000 homicides annually – of which, only eight to 10 percent are resolved because of poor quality investigations and overreliance on witnesses who can be easily intimidated, according to Bruno Paes Manso, a post-doctoral researcher at the Nucleus of Violence Studies at the University of Sao Paulo.

“If the state fails to bring the culprits to justice it sends a message that human rights defenders can be killed with impunity,” said Jurema Werneck, executive director at Amnesty International Brazil in a statement.

Amnesty documented at least 58 human rights defenders who were killed in Brazil in 2017.

Many believe that her killing was ordered by a “militia” or mafia groups, originally made up of off-duty and ex-police officers, who began to take over Rio favelas in the early 2000s under the pretext of defending against drug gangs and since then have grown increasingly powerful.

According to a recent investigation by Brazil’s G1 news portal, an estimated two million people – nearly an eighth of the population – lived in areas controlled by militias in Rio state.

Initially seen by some authorities as a lesser evil than drug traffickers, militias often extort residents for security and charge for goods and services, such as cooking gas and cable TV. They profit from all economic activity in the community, using violence as coercion, local media have reported.

During elections, they often used their power to elect their preferred candidates, dictating who residents vote for. Several former and standing Rio politicians have been accused and found guilty of militia activity, including those from rival parties asked to give testimony in Franco’s case.

Franco worked on a congressional investigation (CPI) into militias, which was opened in 2008. 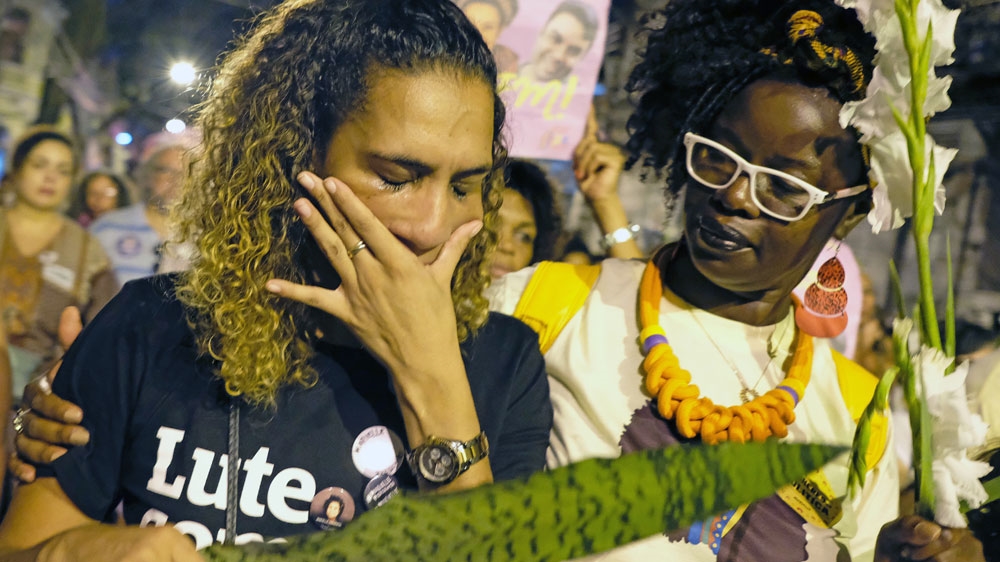 Rio Judge Patricia Acioli was shot dead outside her house in 2011, after handing out many sentences to policemen involved in militia activity. A militia group also killed five teenagers in Marica, a city in Rio de Janeiro state, shortly after Franco’s death.

“Drug traffickers don’t have the capacity that militias have to operate within the state,” he said. “Their ability to expand their economic interests is far greater because of their relationship to the state,” he added.

Manso said that the spotlight brought by Rio’s military intervention and the international repercussion of Franco’s murder is helping to push the investigation.

“The Brazilian state is being forced to react to show that it is in control, not organised crime,” he said. 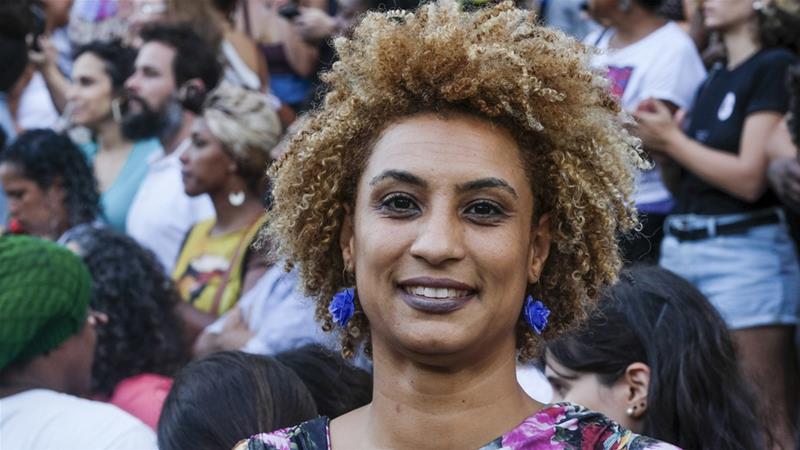 Murder in Brazil: Covering the assassination of Marielle Franco

The Conners ratings take a hit, fall to season low ahead of fall finale