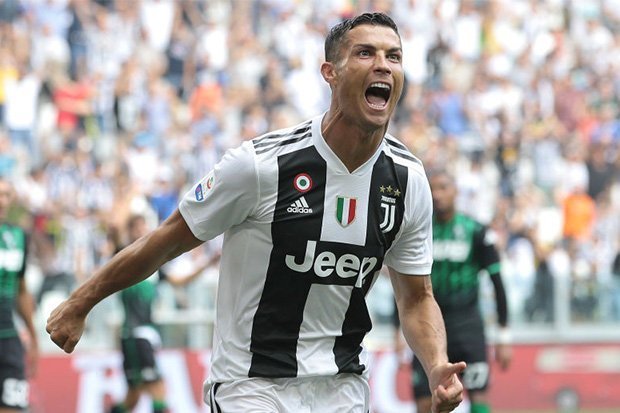 Authorities have announced they will “decline to prosecute” 10-year-old claims against the Juventus football star.

Kathryn Mayorga, 35, had called cops in June 2009 to report she had been the victim of sexual assault at a Sin City hotel.

She refused to name her alleged attacker and the Las Vegas Metropolitan Police Department closed the case.

But last year the former model named Ronaldo as the offender and the department reopened their sexual assault investigation.

Pictures later emerged of Mayorga and Cristiano dancing at a Vegas nightclub on the evening of the alleged sexual assault.

The police department then filed a request for prosecution to the District Attorney’s office earlier this month, on July 8.

But the office today announced they have dropped the case again because the allegations “cannot be proven beyond a reasonable doubt”.

The footballer has vehemently denied Mayorga’s accusations throughout.

The statement from the District Attorney reads: “The Clark County District Attorney’s Office announced today that it will decline to prosecute a 10-year-old sexual assault allegation against Cristiano Ronaldo.

“On June 13, 2009, a female victim (‘V”) placed a call to the Las Vegas Metropolitan Police Department and reported that she had been the victim of sexual assault. Members of law enforcement responded to her location to take a crime report. Police transported V to the hospital so that a sexual assault examination could be conducted.

“A short time later, sexual assault detectives arrived at the hospital and made contact with V.

“Although she knew who the person was who assaulted her, V refused to identify him or disclose where the crime occurred. As a result, the police were unable to follow investigative protocols for sexual assault cases or to conduct any meaningful investigation. Without knowing the identity of the perpetrator or the location of the crime, detectives were unable to search for and impound vital forensic evidence. In addition, video evidence, showing interactions between the victim and perpetrator before and after the alleged crime, was lost. The criminal investigation was closed.

“V and Cristiano Ronaldo, through their respective attorneys, eventually reached a civil settlement related to this matter in 2010. For the next eight years, law enforcement heard nothing more from V regarding the crime or the perpetrator.

“On August 28, 2018, V contacted the Las Vegas Metropolitan Police Department, asking that her sexual assault investigation be reopened, naming Cristiano Ronaldo as the offender. In spite of the passage of over nine years, Metro investigated her allegations.

“A Request for Prosecution was submitted to the District Attorney’s Office on July 8, 2019. Based upon a review of the information presented at this time, the allegations of sexual assault against Cristiano Ronaldo cannot be proven beyond a reasonable doubt. Therefore, no charges will be forthcoming.”