Bull runners packed the main square in Pamplona on Saturday to cheer the launch of the Running of the Bull festival in Pamplona, Spain.

But it wasn’t long before the party turned to mayhem as three people were rushed to hospital after being injured at the start of the festival.

One runner was gored in the leg, while two others suffered severe head trauma during the first day of the Spanish festivities.

The three daredevils were rushed to hospital shortly after the dash through the medieval town centre which lasted two minutes and 41 seconds. 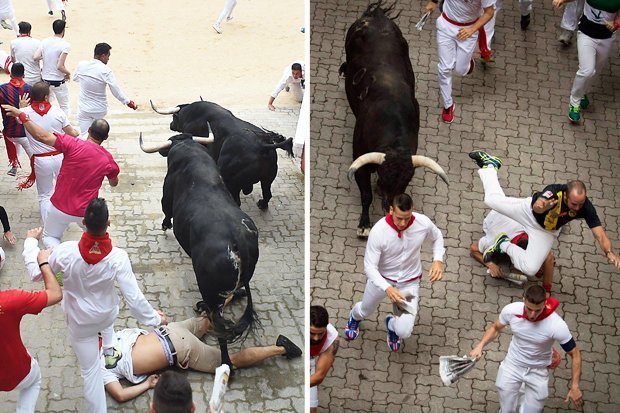 Thousands of runners joined in on the fun by dressing head to toe in white, with bright-red neckerchiefs desgined to catch the eye of the bulls.

Since the festival began in 1910 15 people have been killed in the run, most of them due to being gored.

The last death was in 2009, when Daniel Jimeno Romero died during the quirky celebration.

How Amazon Echo can boost productivity: Essential Alexa tricks for anyone working at home