Home » World News » Brian Laundrie wrote postcards pretending to be Gabby Petito after she died as it ISN’T her handwriting, claim sleuths

BRIAN Laundrie penned postcards pretending to be Gabby Petito after she died, online sleuths have claimed.

People following the case have pointed out that handwriting on postcards all allegedly sent by Gabby to members of Laundrie's sister Cassie's family appears to differ. 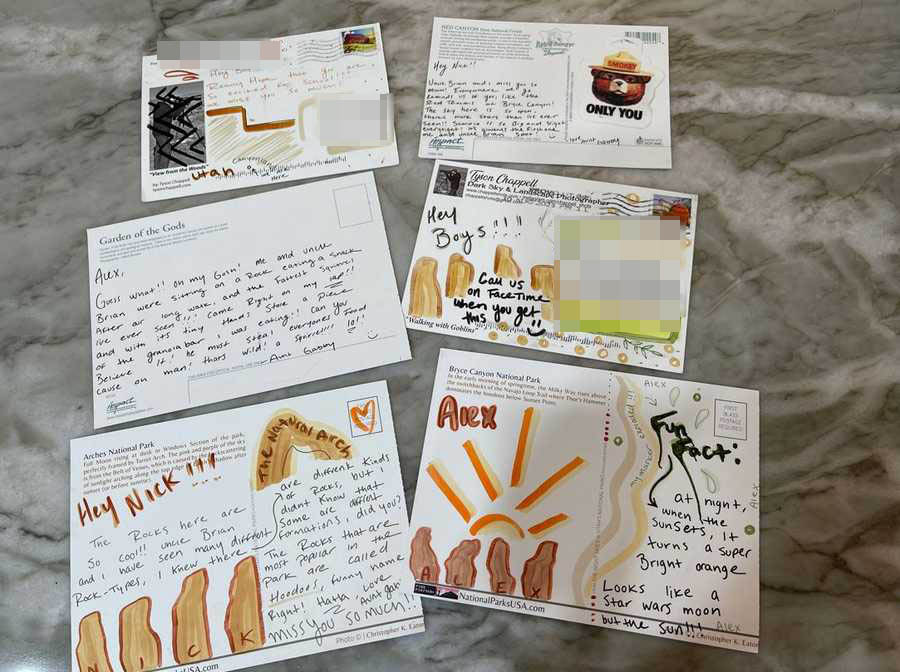 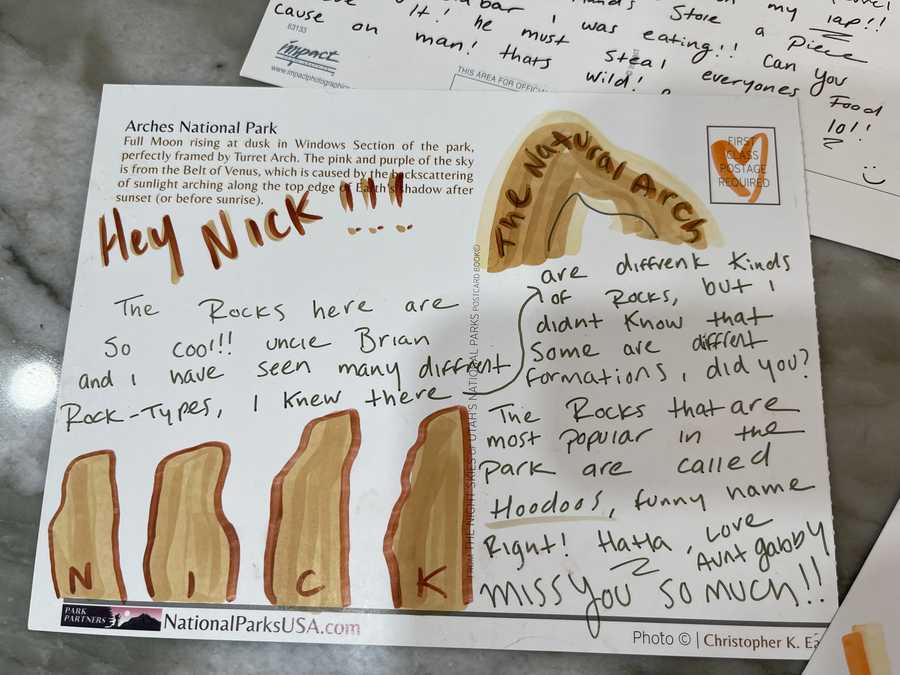 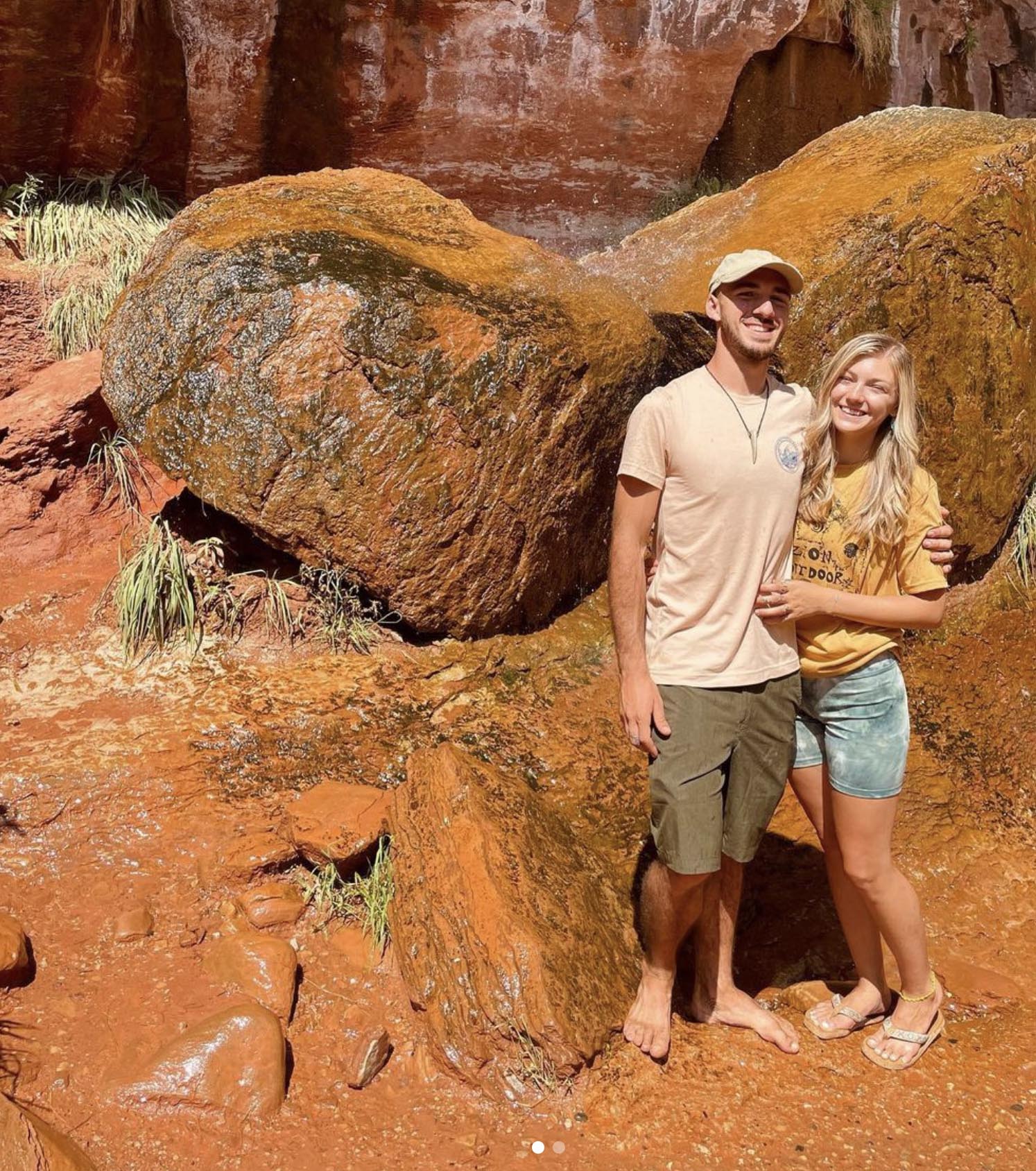 The cards are signed off from "Aunt Gabby", but online sleuths believe some may have actually been written by Laundrie himself following Gabby's death.

This is because, they claim, the handwriting is different and some do not appear to have postage on – leading to sleuths asking how they got to Laundrie's sister Cassie.

In an interview with Good Morning America, Cassie said she hadn’t yet spoken to her brother after he had returned alone to Florida in the couple’s van on September 1.

On one postcard from Arches National Park, there are drawings of rocks allegedly by Gabby – but sleuths have questioned whether she actually drew them.

"Gabby was a talented artist," one sleuth said.

"Seems she could do much better than this."

Another user added: "How did 2 without postage on them get into Cassie Laundrie hands. She said in an interview she did not seen her Brian Laundrie when he returned?"

The post was made on August 19 showing Gabby lying in the bed in the back of the van they were traveling in with Laundrie sitting at the base.

The second picture is a shot from above of their van.

"Almost immediately after telling @bizarre_design_ how happy it made me to see that people were truly respectful of the park, I watched some guy leave his processed pre-packaged plastic conglomerate of lunch garbage on the picnic table!" the post was captioned, tagging Laundrie's account.

However, Gabby's supporters became suspicious after noting that she had already used the first picture in her highlight "Van Life" three weeks before and tagged Laundrie meaning he would have access to the photo.

The second shot of the van was also shared by Laundrie himself two weeks before and included in the same highlight. The post also didn't have any location tag, which appeared out of character for Gabby after her previous travel posts.

It comes as cops continue to hunt Laundrie after Gabby's remains were found near the camping area in Bridger-Teton National Forest on September 21.

Her family has reported her missing on September 11, sparking a widespread search.

"The cause of death remains pending final autopsy results," the FBI stated.

On September 23, coroners in Wyoming listed her likely cause of death as the result of a homicide in a preliminary report.

That same day, a federal arrest warrant for Laundrie was issued, accusing him of swiping more than $1,000 of a debit card that is believed to be Gabby’s sometime between August 30 and September 1, according to the indictment.

Laundrie's parents have said that their 23-year-old son left their Florida home back on September 14 to head for a hike at the Carlton Reserve in Sarasota, but failed to return.

Three days later when Brian failed to come back, they reported him missing to North Port police.

This week, it was revealed that on September 6, the parents took a camping trip with their son at the Fort De Soto Campground which some 75 miles away from their home.

Roberta checked in at a waterfront site and stayed two days, according to a Pinellas County Parks campground report, CNN reported.

The family trip findings come as the FBI are running down reports that Brian Laundrie bought a burner phone on the same day he went missing.

Agents are said to be poring over CCTV footage taken at a Florida store near his parent's home in North Port, Florida.

​​The lead came after Dog the Bounty Hunter joined the manhunt for Gabby’s former fiancee.

He said that tipster came forward claiming that Brian had never actually left Fort De Soto with his parents when they checked out of the camp.

Law enforcement was also believed to be using resources to conduct formal searches at the same park on Wednesday, with helicopters and police cars spotted in the area.

A heavy presence had been flooding the Carolton Reserve for several days to navigate the alligator and snake-infested swampland to find any sign of the outdoorsman Brian.

When asked by The Sun about police "activity" at Fort De Soto Park, the North Port Police Department said they "can't give any of that information out over the phone."

In a statement issued through the Laundrie family attorney Steven Bertolino, Chris and Roberta denied Dog's claim that Laundrie didn't leave the park with them on September 8.

"That dog doesn't know what he's talking about," Bertolino stated.

"The Laundries had reservations at the campground for September 1 to 3. They canceled those reservations and did not go to the park during that weekend although dog says they did.

"They did go to that campground September 6 and 7 as a family and they all left together despite the claims of others."

Bertolino added that Brian and his parents went to "other places on two different dates" which he claimed the FBI has been notified.

"So Brian obviously returned home after camping and what that dog is spewing is nothing but baloney," he wrote.

He is only considered a “person of interest” in 22-year-old Gabby's murder.

The couple logged two months into their planned four-month cross-country road trip touring the US’ national parks before Gabby vanished sometime around August 27.

Laundrie quietly returned home driving Gabby's transit van back to Florida alone on September 1, failing to alert police or Gabby’s family that she was missing.

FBI agents and cops discovered Gabby’s remains in Grand Teton National Park in Wyoming on September 19, and a preliminary autopsy ruled the manner of her death as a homicide.

Gabby’s body has not yet been released as medical examiners try to establish her cause of death.

Meanwhile, an ex-FBI official has claimed Laundrie's parents haven’t been entirely forthcoming and know a lot more than they’ve let off.

“When you think about essentially taking a weekend camping vacation with your son who just returned back from months on the road camping with his fiancée, and returned without his fiancée – it's almost impossible to imagine that conversations didn’t take place between them,” he said, according to an interview on Headline News.

He suggested parents, Chris and Roberta Laundrie, might be keen to learn some basics such as “like, oh, I don't know 'Where is your fiancee?" and ‘Why did you leave her in Wyoming – or wherever he claims to have parted ways?’" 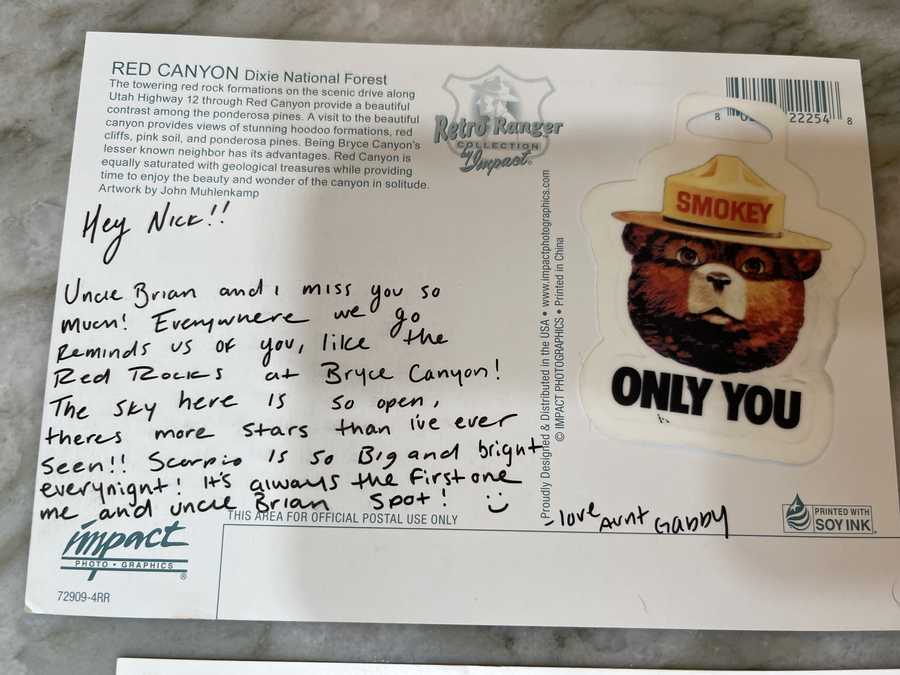 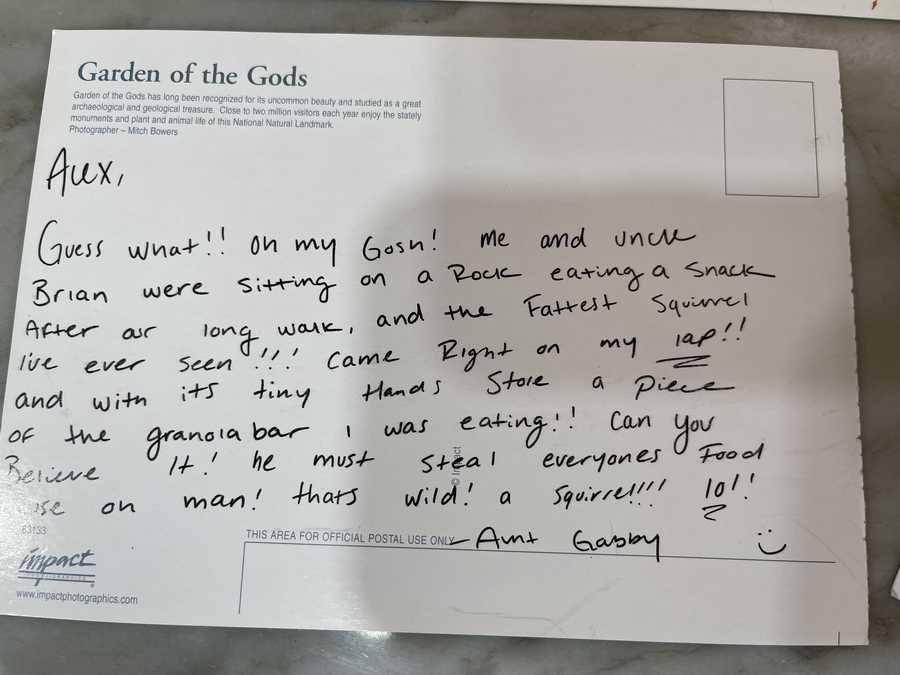 Owl 'delivering a letter' refuses to let go of the post