Bride, 54, is jailed for scamming £27,000 from her maid of honour with bogus inheritance claim

A bride who conned her maid of honour out of £27,000 with false promises of a share in a bogus multi-million pound inheritance has been jailed.

On her wedding day, Angela Kitchener told best friend Nicola Reynolds she was about to receive more than £5million from the sale of her ex-husband’s haulage business.

The 54-year-old pledged to pay off her debts and mortgage as thanks for her friendship, painting a picture of a future filled with new cars and luxury holidays. 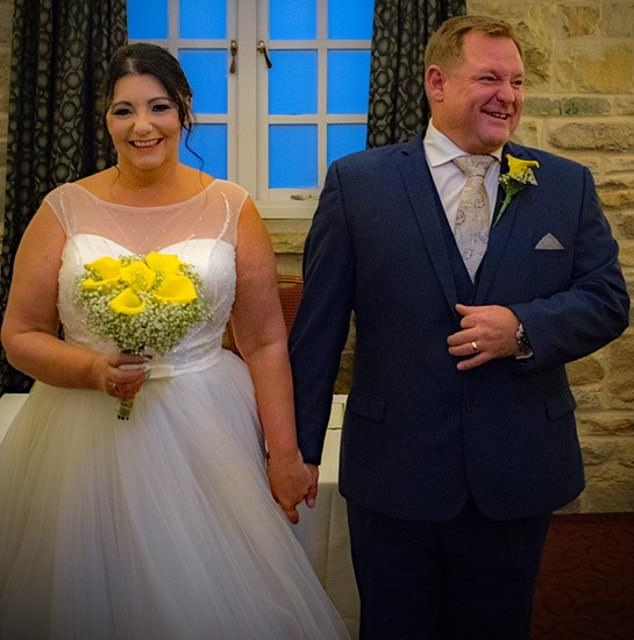 Angela Kitchener, pictured on her wedding day, admitted two counts of fraud and wept as she was jailed for three-and-a-half years last Friday

She later asked mother-of-five Miss Reynolds to be the guarantor on a £10,000 loan, telling her she would pay it back when the £5million came through.

Kitchener ‘said she would pay off her debts and mortgage and she and her children would have a good life’, said prosecutor Maryan Almhod at Sheffield Crown Court.

For months Kitchener, who worked as a quality assessor for a defence contractor, made excuses for why the money had not materialised, saying she was waiting for it to be transferred.

Taken in, Miss Reynolds, 41, agreed to help tide her over, buying her friend a new sofa and television plus £1,000 worth of clothes from Next.

Kitchener also claimed she had been diagnosed with terminal cancer but was keeping the truth from her fiancé Paul, whom she wed in November 2017.

The following year Kitchener told Miss Reynolds that her first husband had been killed in a farming accident and her pay-out was up to £77million but extra paperwork was delaying the money. 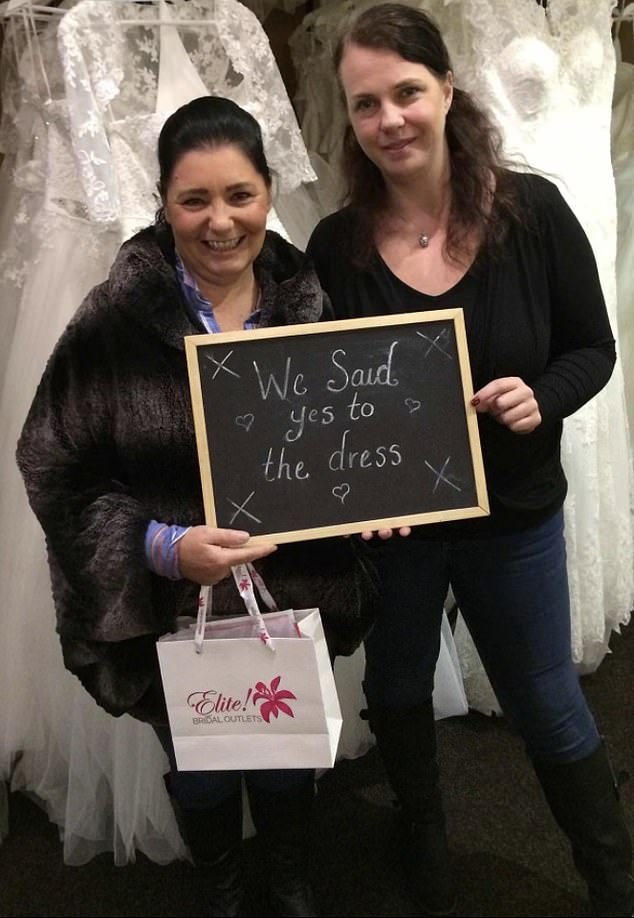 On her wedding day, Kitchener (left) told best friend Nicola Reynolds she was about to receive more than £5million from the sale of her ex-husband’s haulage business

Miss Reynolds, who runs a catering business with her partner, became suspicious when she learnt Kitchener had persuaded another friend to guarantee a loan.

Some amateur detective work revealed that far from owning a haulage business, her ex-husband simply drove lorries for it – and his new wife confirmed that he was alive and well.

Kitchener, of Barnsley, admitted two counts of fraud and wept as she was jailed for three-and-a-half years last Friday. Judge David Dixon told her she was a ‘fantasist’ who had concocted ‘blatant lies’ to defraud her best friend.

But her victim remains out of pocket, with the court hearing Kitchener has no income to repay her.

Afterwards Miss Reynolds said: ‘She was like family to me. I hope she will finally begin to realise the pain, hurt and suffering that she has caused.’

#MyCalvins: The Kardashian-Jenner Sisters Are Back Posing in Their Underwear