John Murphy, 52, says he was jailed for six weeks with only "rotting garbage" to eat after a sexual assault charge was laid. 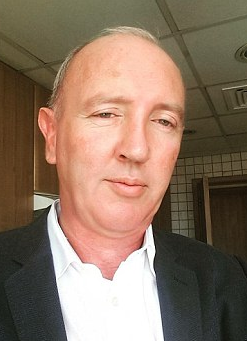 The churchgoing former soldier, who is operations manager for the Burj Khalifa, says his faith in God is now the only thing that keeps him "getting out of bed".

John, from Blackheath, south London, told MailOnline the incident began when he and his wife were enjoying a mini-break in Armed Forces Officers' Club and Hotel last month.

The couple invited her cousin – who happened to be a massage therapist at the hotel – to their room for coffee.

But a row erupted when hotel staff turned up, accusing the cousin of providing massages out-of-hours. 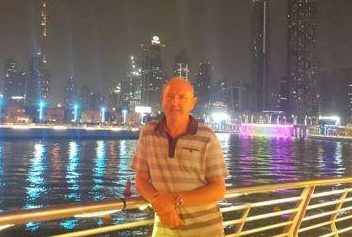 He claimed two "aggressive" security guards cornered him in the hallway and he felt threatened, so he decided to get away.

He said: "I needed to escape and used a trick my father had once shown me.

"With the biggest guy, the one in front of me, I tugged his jacket on the left side with my left hand, and gave a slight push on his right hip, to the left with my right hand.

"This manoeuvre allowed me to dart past him and head down the corridor to the lift where there were a lot of people."

The next day he made a complaint with police, only for the hotel to submit a counter-complaint of sexual assault.

"The police were taking seriously the accusation that I, a 52-year-old, churchgoing grandfather had repeatedly sexually assaulted two giant, aggressive young guys, in a crowded hotel lobby. 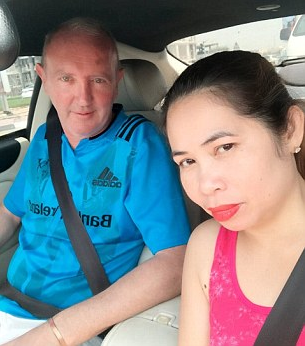 "Apparently there is a strict physical behaviour code. I was taken to the police station, then put in actual chains like in an old movie and whisked away to a hearing in a small court office."

He was then thrown into a jail, before being transferred to the notorious Al Wathba prison for another six weeks.

John labelled it "the most terrifying experience of my life", adding that it was overheated, crowded, with inmates constantly being sick and suffering infections from tiny cuts.

"I finally got bail six weeks later, and I believe I'm still suffering from PTSD. I can't sleep, and have the most awful flashbacks."

In a statement, Radha Stirling, from the NGO Detained in Dubai, said: "John Murphy is the latest in a long line of Westerners horrifically abused by the UAE legal system.

"The danger of the UAE is that they spend vasts amounts of money marketing themselves as a desirable destination for both tourism and business.

"This can often mislead Westerners to believing it is a safe country to visit, when in fact the risks are high.

"Countless lives have been ruined because people used to more advanced and trustworthy legal systems travel to the UAE expecting the same due process and legal protection, when it does not exist.

"We will be working with other human rights groups to support John, and ask for the Abu Dhabi government to show clemency for a man who has very clearly been wronged, and has already suffered enough."

HIV is on the rise among older women as they have sex without protection, study finds – The Sun

Women say they will fight sexism, ‘ugly’ attacks on Harris