BRITAIN’S biggest supergrass is in hiding with a “target on his back” for the rest of his life after helping to jail 29   gangsters for a total of 250 years.

He agreed to cooperate with cops after being kidnapped and tortured during a violent turf war between drug mobs. 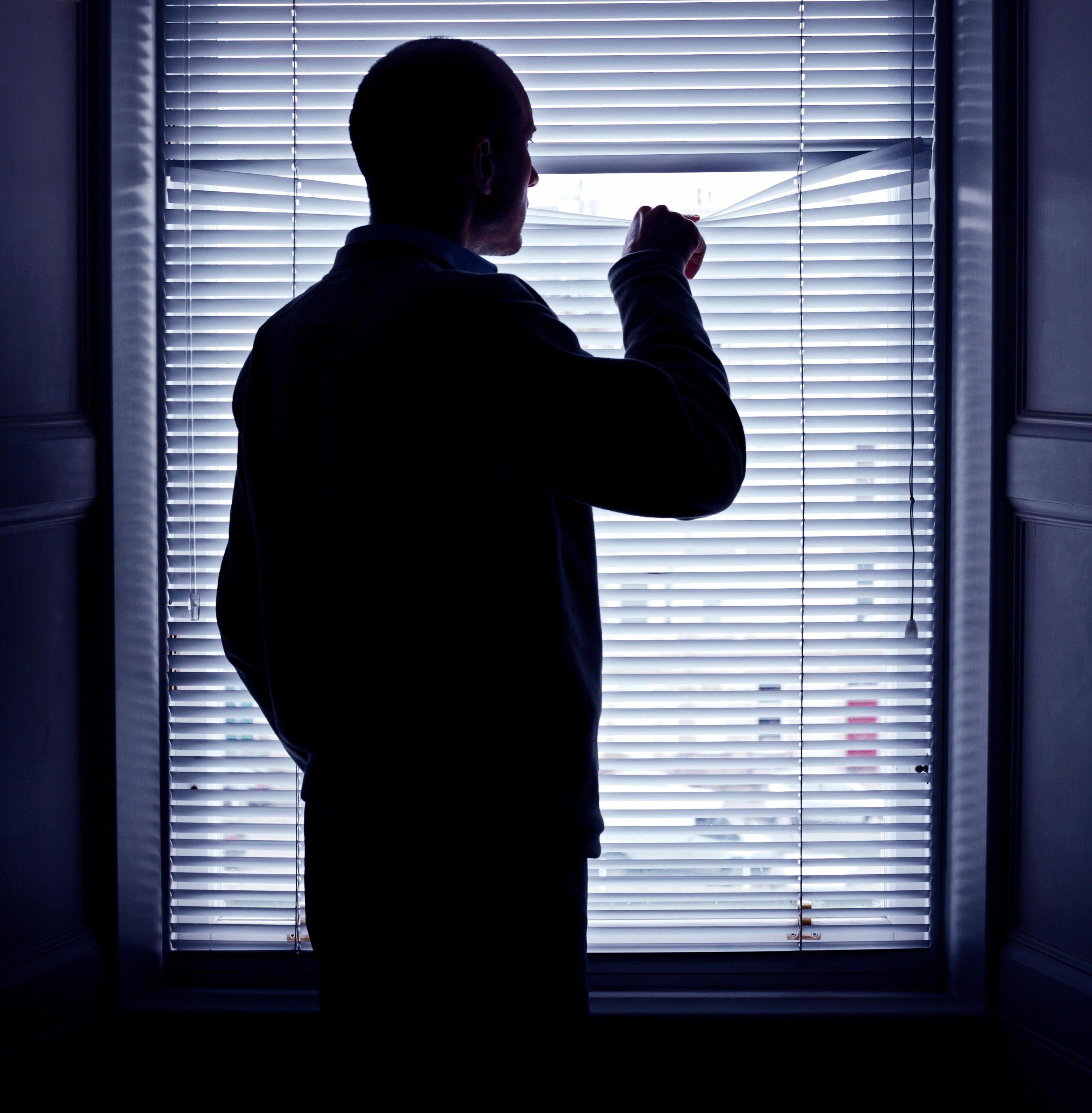 They fell out when a £2million shipment of cocaine which had been smuggled into the UK by a Mr Big was seized.

It led to the informant, named only as Mr X, being held hostage by sadistic enforcers.

They tried to cut off his ear with a Stanley knife — in a gruesome copy of a scene from Quentin Tarantino’s blood-thirsty 1992 crime film Reservoir Dogs.

They also threatened to remove his testicles with pliers and smash his knee caps with a hammer.

He managed to escape but realised his only hope of survival was to work with the police.

He became a CHIS (covert human intelligence source) informing on the gangs to detectives but they quickly feared his cover would be blown so instead he was taken into a witness protection programme. 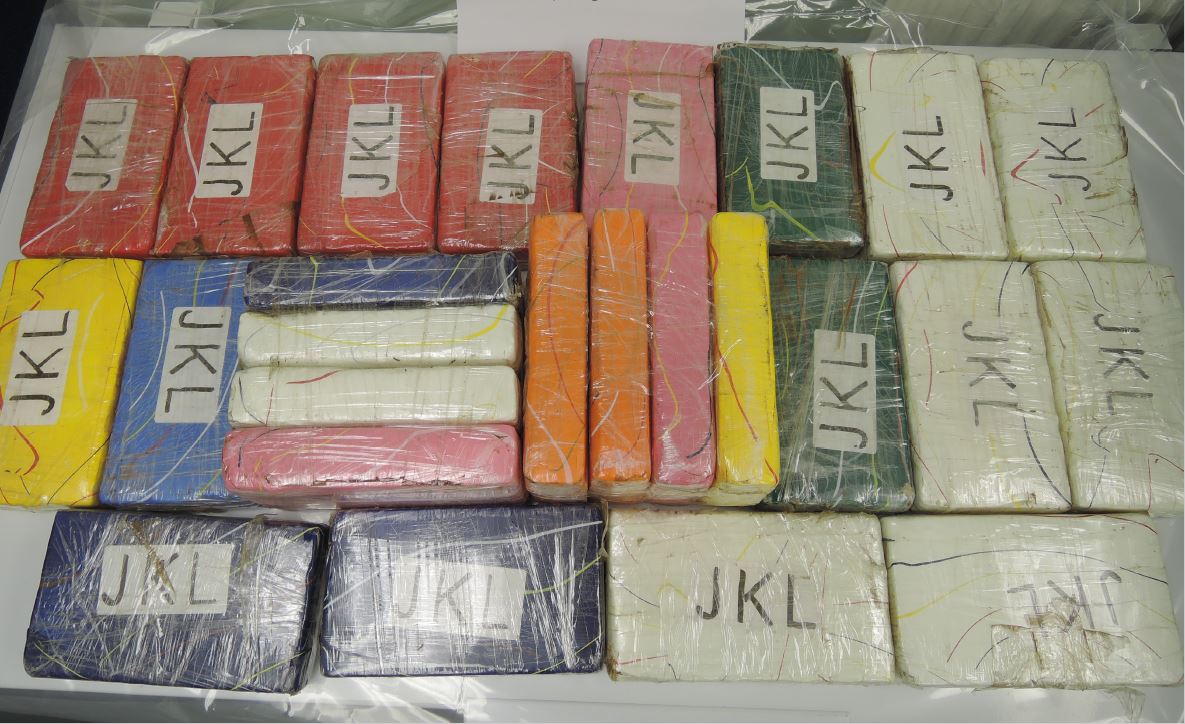 Officers then spent eight months debriefing him in 115 recorded interviews.

It produced 10,000 pages of vital information which led to six trials over five years.

Organised crime gangs with links to the Balkans, Spain, France and Brazil were dismantled thanks to Mr X.

The help he gave police was said to be “the greatest ever provided in this country”.

One detective said: “This has made a significant impact on international organised crime.”

Mr X is living under a new identity and is thought to be abroad but is unlikely to ever feel totally safe.

The court heard the gangs will hire professional hitmen to hunt him down and they are so ruthless that even his barrister cannot be named for fear of reprisals. 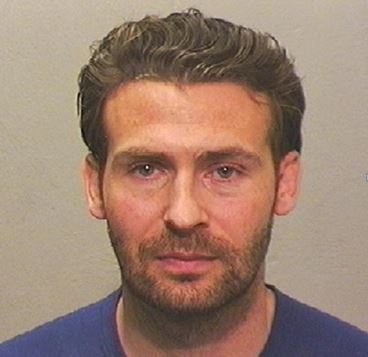 The judge told Mr X: “If your life wasn’t in danger before, I am absolutely certain that it is now.”

The full story of how he helped bring down a multi-million-pound international drugs operation can only now be revealed following the end of the final trial.

The dramatic events began unfolding in the summer of 2015 when David Gloyne, the head of a feared North East crime gang, plotted to ship 50kgs of cocaine into Britain.

With the help of former Yugoslavia-born Yvan Nikolic, he arranged for the shipment to arrive at Tilbury Docks in Essex after being transported from Brazil.

The consignment arrived safely but things began to go wrong when Gloyne sent some of his gang to collect it.

The men bought hi-viz jackets from B&Q to pose as workmen and use wire cutters to break into a secure compound.

But their jackets were the wrong colour and suspicious security guards quickly spotted them. 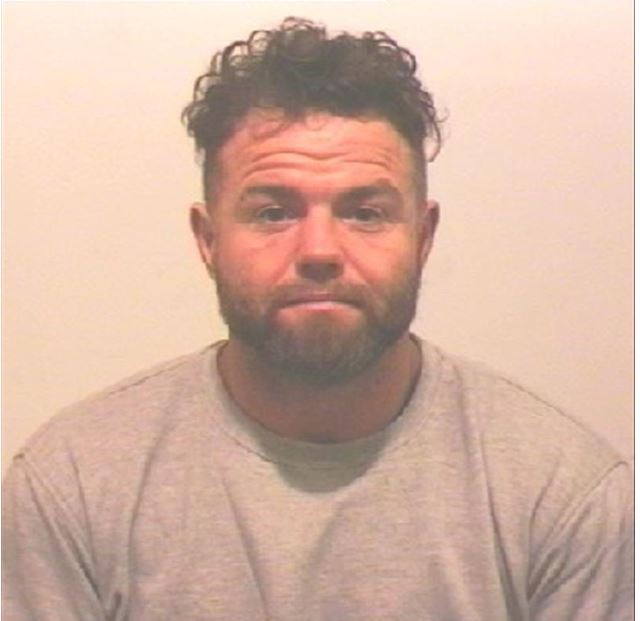 They fled without recovering the drugs, which were seized by police.

The botched operation was a disaster for Gloyne’s gang, which had banked on making tens of millions from selling the drugs across the North East of England.

They were now strapped for cash, which triggered a series of fall-outs across the network of organised crime gangs in the region.

The simmering tensions erupted in horrific violence when the gangs turned on each other.

Mr X had been involved in the botched recovery of the drugs at Tilbury and also had spiralling debts. 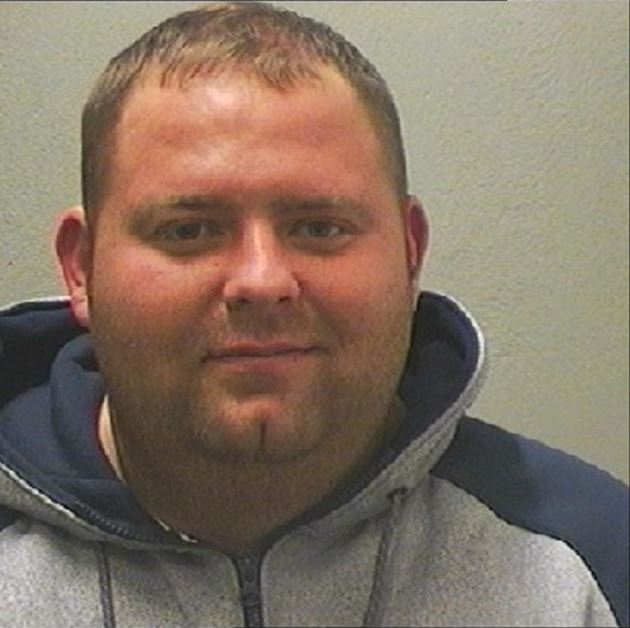 At one stage, he became embroiled in a plot to steal 27kg of cocaine belonging to Gloyne in a desperate attempt to pay off debts.

Gloyne’s heavies kidnapped and tortured him but he managed to escape.

Fearing his life was now at risk, he decided his only option to keep himself and his family safe was to work with police.

In November 2015, he became a CHIS and two months later Operation Everest was launched by the North East Regional Special Operations Unit to target the organised crime gangs.

Officers quickly became worried Mr X’s cover might be blown so they stopped using him as a CHIS and instead took him into witness protection.

Detectives then began the long process of debriefing him and over the next eight months he was able to pass on a vast amount of knowledge of the inner workings of the gangs.

As part of the deal, he had to confess to all of his own crimes which amounted to 23 offences including drug-dealing, arson and burglary. 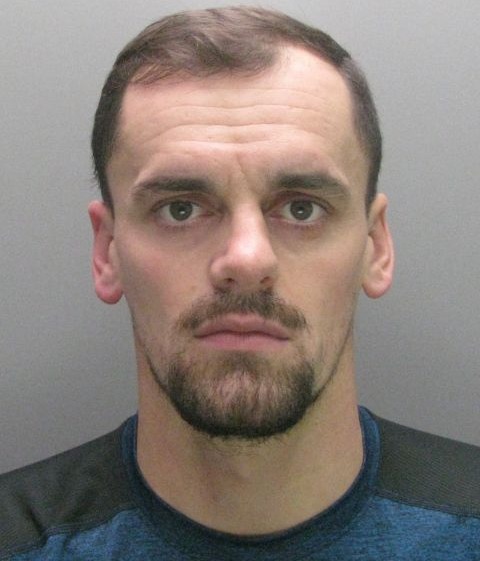 Prosecutor Richard Herrmann told Teesside crown court: “He saw it as his only way out from his life of crime which had spiralled dangerously out of control, bringing onto him and his family threat to life.

“Being in debt in the underworld of large-scale drug dealing is not a good place to be.”

He was facing 14 years in jail but, because of the help he gave police, that was reduced to 15 months suspended for two years.

Mr Hermann said: “The breadth and depth of the assistance provided is on a wholly unprecedented and exceptional scale, beyond anything previously undertaken in this jurisdiction.”

Thanks to his information, cops made dozens of arrests across Europe.

One major player was arrested in Greece and another was held in Marbella. 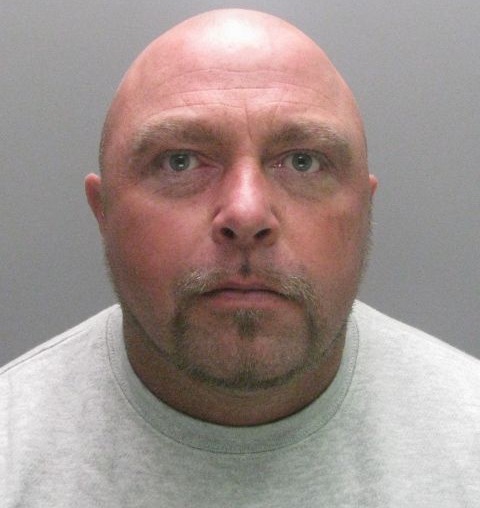 He spent 40 days in the witness box and helped secure the convictions of 29 criminals.

His lawyer told the court: “Never before or after has there been such a prolific success story for the undermining of organised crime.

“The reality is he is in danger and will forever be in danger.

"One of the consequences of his decision to assist the Crown in this way is for the rest of his life he will have a target on his back.”

Judge Deborah Sherwin told him: “I doubt there has ever been a case where an assisting offender has given so much evidence against so many offenders.

“It is believed the assistance you have provided is the greatest ever provided in this country.

“If your life wasn’t in danger before, I am absolutely certain that it is now.

"Wherever you live, you will spend your life constantly having to look over your shoulder and in fear.

“I have no doubt you will be actively and professionally sought by those who wish you harm. You will be forced to be vigilant for the rest of your life.”

Detective Inspector Alan Turner commented: “He made it abundantly clear he was in fear for his life well before the agreement.

"He was at risk of serious violence and people had committed serious assaults on him.

“In this case, his and his family’s safety was the big motive.

“He knew an awful lot because he was deeply embedded in the drug trade at such a significant level. He was dealing in 80-90 kilos of cocaine. That is worth more than £4million.”

The detective added: “There is ongoing intelligence on threats to him every day.” 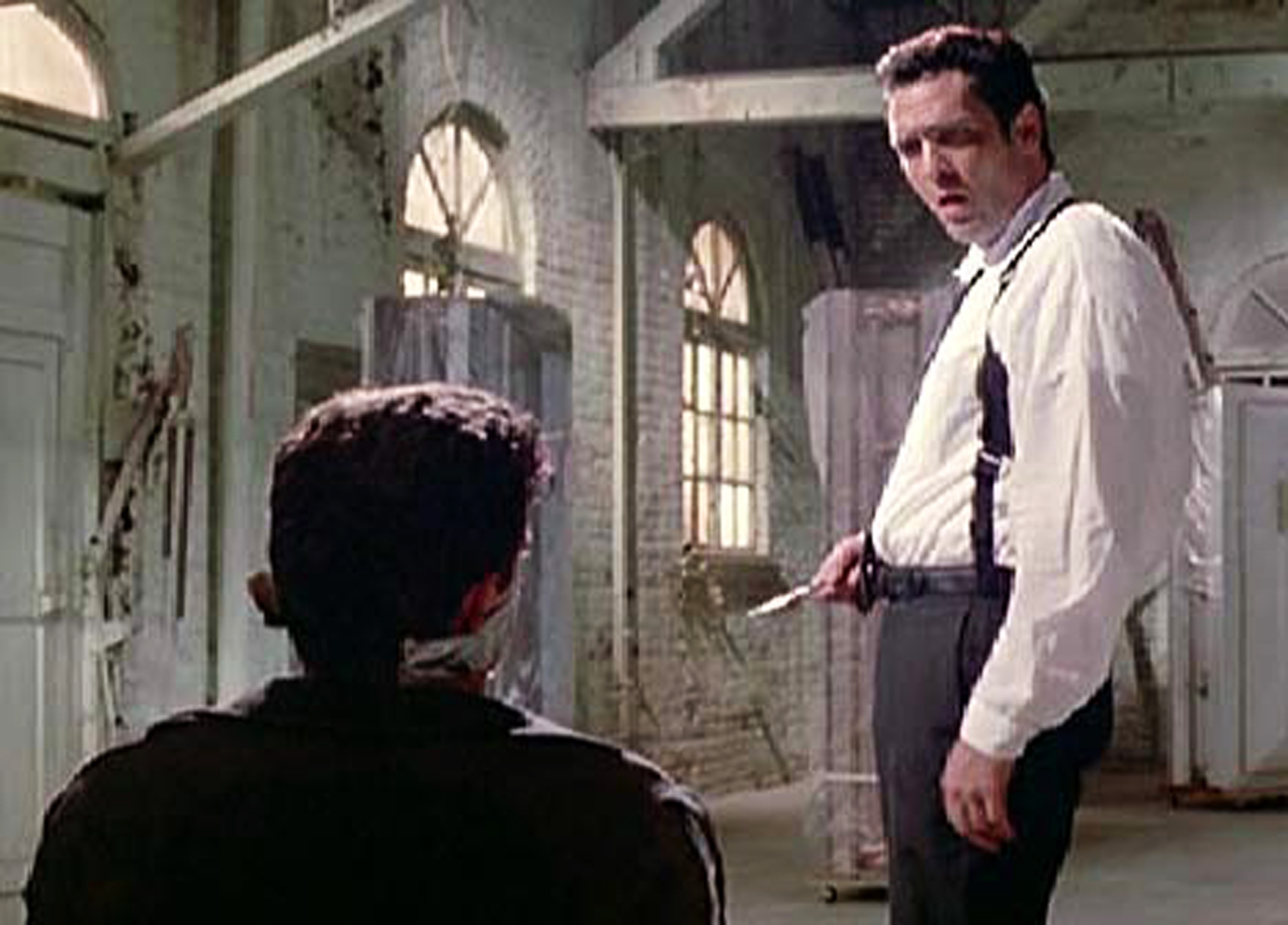 Tech review: Dyson Lightcycle is the smart lamp we never knew we wanted