A new airport-style security scanner is being used by one of Britain’s most notorious prisons to crackdown on smuggled drugs, weapons and mobile phones.

The X-ray body scanner has been successful in stopping people sneaking contraband into the jail, where the trade of illicit goods fuelled growing violence and disorder among inmates.

The machine picks up banned items concealed in an individuals clothes or inside their bodies which would not have been detected using strip-searches.

The success of the device at HMP Belmarsh, which houses some of the country’s most dangerous offenders including terrorists and crime gang members, was highlighted yesterday in a report. 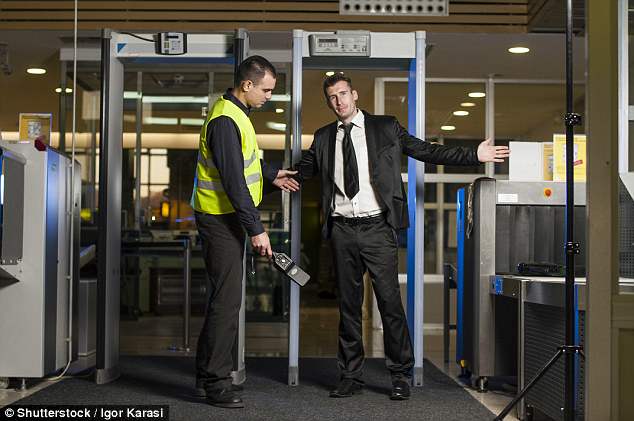 X-ray body scanners that have been used in airports are being used at HMP Belmarsh to crack down on drugs, weapons and mobile phones from being smuggled inside

Chief Inspector of Prisons Peter Clarke said: ‘The use of illegal drugs was less than we might have expected.

‘Technology was being used to support efforts to manage violence and drug use at the prison; for example, through the body scanner being piloted in reception.

‘Early results were encouraging, and I was told that staff welcomed the initiative, as did many prisoners who wanted to see the disruptive and dangerous trade in contraband disrupted.’

Prison chiefs have repeatedly warned that much of the spiralling trouble in Britain’s jails has been caused by the illegal supply of drugs and mobile phones, putting inmates in debt and leaving them vulnerable to intimidation.

Data gathered during the inspection in January and February showed that levels of violence had increased at HMP Belmarsh, a Category A prison in Thamesmead, south-east London, since it was last assessed in 2015. 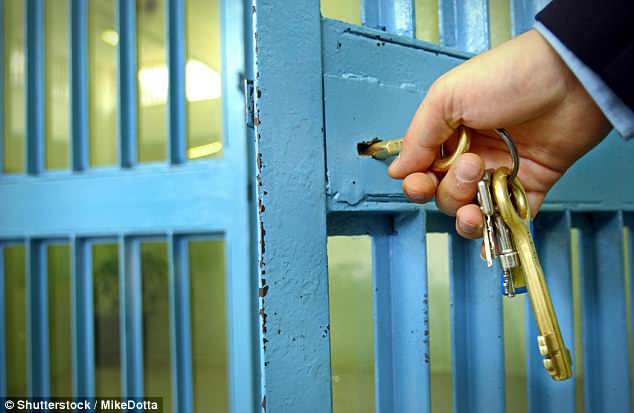 But he said the rise was not as significant as in many other local prisons, given the ‘complex’ nature of the population at the jail.

Scanners are being piloted in other jails as ministers and prison governors work to reduce the inflow of contraband across the estate in England and Wales.

In September last year, Mr Clarke said the airport-style security machines should be installed in every jail to stop the flow of illegal drugs.

He called for tougher measures including the scanning of all visitors and staff entering prisons to prevent the flood of narcotics.

He said he had been bombarded by complaints from inmates sick of drug-fuelled violence behind bars because it was hampering their rehabilitation. 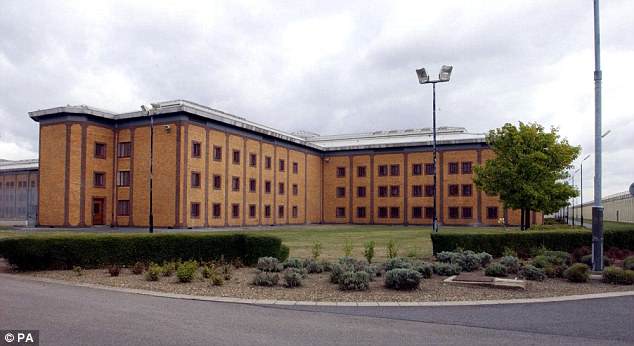 Belmarsh, which held 843 men, was also suffering a shortage of staff, inadequate funding for education and training, and fewer work opportunities for inmates

In his latest report, he warned that the proportion of inmates hooked on drugs had increased since the previous inspection in 2015. But the number of narcotics being discovered had risen.

Belmarsh, which held 843 men, was also suffering a shortage of staff, inadequate funding for education and training, and fewer work opportunities for inmates.

Mr Clarke warned that 125 two-man cells were housing three inmates who were in ‘claustrophobic, cramped and extremely uncomfortable’ conditions.

He praised the jail’s counter-terrorism measures and said each of the 21 inmates with terror convictions, as well as seven judged at risk of radicalisation, were closely monitored.

Michael Spurr, chief executive of HM Prison & Probation Service, praised HMP Belmarsh’s efforts, saying: ‘We will use learning from this to strengthen our drugs strategy across other prisons.’

The prison is one of only three high-security ‘core’ local prisons in England and Wales.

Nintendo, Xbox team up to throw shade at Sony in Minecraft trailer