This is Britain’s second narrowest street – at just 28 inches wide it’s so narrow that pedestrians have to walk down it in single file.

Stone Street in Prescot, Merseyside has existed since medieval times.

Despite its astonishing width it is still classed as a public highway.

At just 71cm wide at its narrowest point, the street is far too tight for vehicles to drive down. 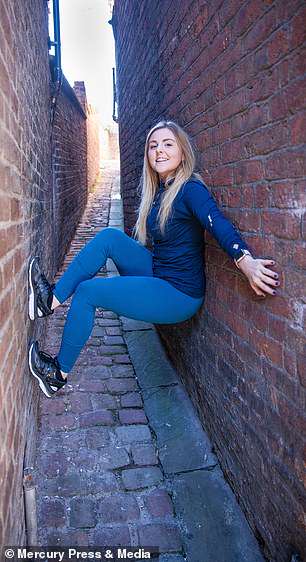 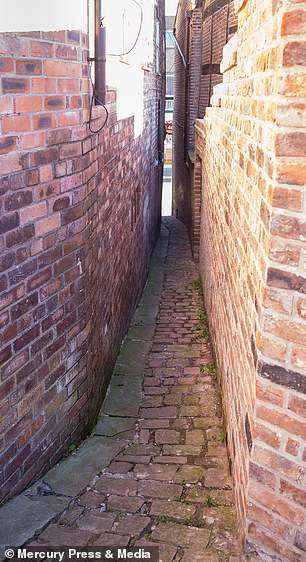 Pedestrians find themselves squeezing around downpipes of  buildings on either side. Its jaw-dropping width is demonstrated by this woman.

What’s more, pedestrians find themselves breathing in to squeeze around the downpipes on the buildings either side of it.

The street is part of the medieval layout of the town and originally led to a windmill, following the curved boundary of a burgage plot.

After being granted a market charter in 1333, the town took its present shape and Stone Street went from being a pathway between largely open areas of land to being tucked away between buildings. 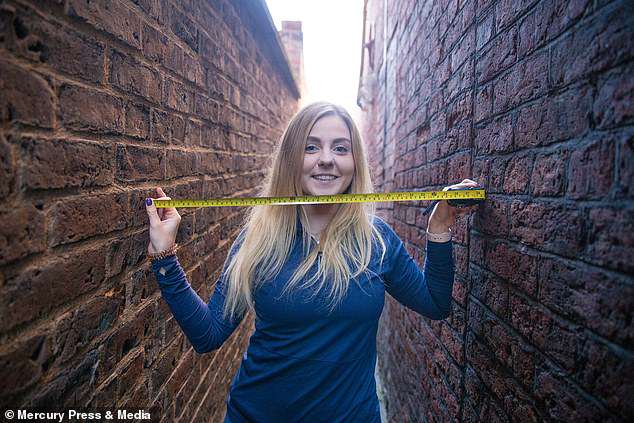 A woman measuring the 28 inch width of the street in  Prescot, Merseyside 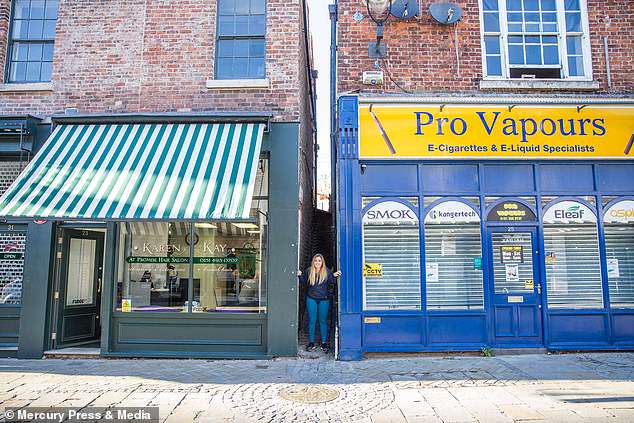 It’s so narrow that pedestrians find themselves squeezing around downpipes

Councillor Tony Brennan, Knowsley Council’s cabinet member for regeneration and economic development, said: ‘Prescot is one of the oldest towns in Merseyside with a unique and rich heritage.

‘Its listed buildings and distinctive features give us an insight into what Prescot was like many years ago.

‘For such a narrow street, Stone Street has a really interesting history and as we regenerate Prescot, it’s vital that we preserve and enhance the wonderful heritage of the town.’

To celebrate its rich history, Stone Street now holds one of the 12 red plaques which make up a heritage trail across Prescot.

The narrowest street in the UK is Parliament Street in Exeter which is just 25 inches wide.

Virgin Media hugely controversial change is coming soon, but are YOU affected?

The Chase: Bradley Walsh speechless after Jenny Ryan snaps ‘Get with the programme!’

Three new features coming to your iPad this week (and one update it’s STILL missing!)