A seven-year-old boy has become Britain’s youngest drug dealer – but his age means he cannot be charged.

West Yorkshire Police held the child with intent to supply an unnamed drug in 2019, but he could not be charged as he was under 10, which is the legal age of criminal responsibility.

A poll of police forces by The Sun has revealed 2,380 under 17s were arrested in 36 constabularies across England and Wales. 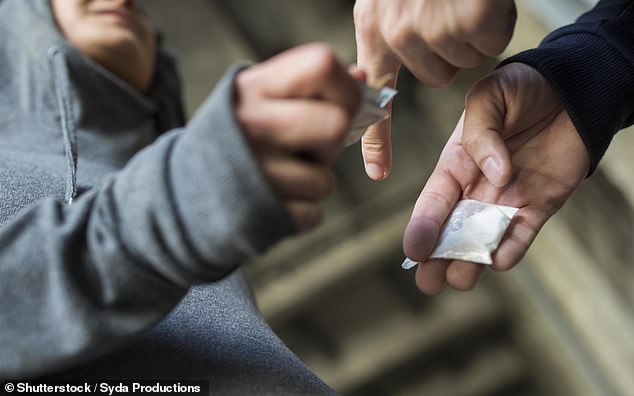 The number of under 17s being arrested rose last year, with a seven-year-old from West Yorkshire the youngest to be quizzed by police. File photo

County Lines gangs are being blamed for the sharp rise in young people being led into a life of crime.

These gangs use children to transport drugs and commit other crimes across police and local authority boundaries, often exploiting vulnerable children by using peer pressure to coerce them.

Anastasia De Waal, of children’s charity I Can Be, told The Sun: ‘We’re seeing a troubling trend. It is stealing childhoods, as well as all too often setting vulnerable youngsters up for years of criminality.’

She believes the penalty for exploiting children for criminal gain should outweigh any benefit gangs may have by using them.

Barnardo’s added: ‘Children who are dealing drugs have often been abused and exploited, and need safeguarding.’