BRITAIN'S youngest terrorist who plotted to kill police on Anzac Day is being freed from jail.

The teen, known only as RXG, hatched a grisly plan to behead a police officer when he was just 14. 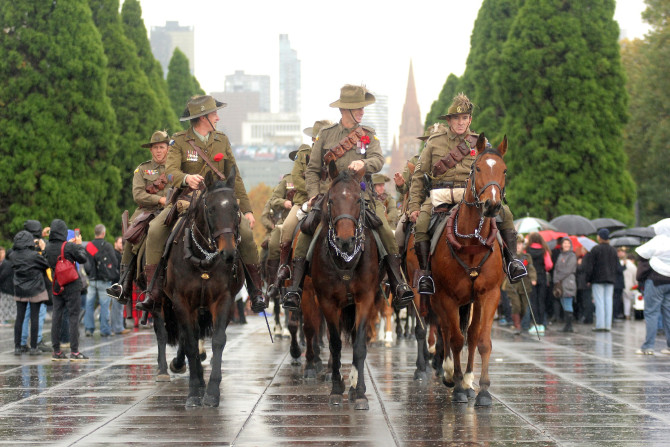 The terrorist, from Blackburn, Lancs, was jailed for life with a minimum of five years at Manchester crown court in 2015 after admitting inciting terrorism overseas.

A parole board has ruled the terrorist, now aged 20, can be released from prison after completing his minimum sentence three months ago.

Officials said: "After considering the circumstances of his offending, the progress made while in detention, and the evidence presented at the hearings, the panel was satisfied that RXG was suitable for release."

RXG used an app on his phone to persuade 18-year-old Sevdet Besim to commit mass murder and behead a policeman in Melbourne, Australia.

The planned atrocity was to take place on Anzac Day – the Australian equivalent of Remembrance Sunday – but both plotters were held by police with just days to go.

The teenager’s targets also included a police station and a town hall in the UK and he had a guide on how to make bombs.

Police found a combat knife and an ISIS flag when they raided his home.

The security services had the bespectacled teenager on their radar for about a year before he was detained.

He had built up a Twitter fan base of 24,000 followers by operating 89 accounts before the social media giant closed them.

The teen also drew up a list of four teachers he wanted to behead as he communicated with IS fanatics on social media.

His twisted behaviour at school even gave rise to classmates nicknaming him “The Terrorist”.

Shockingly, his mobile phone had footage of beheadings which he brazenly showed other pupils.

At the time he was sentenced, Det Chief Supt Tony Mole, head of the North West Counter Terrorism Unit, said his case should serve as a warning to teenagers of the seductive nature of terrorist propaganda online.

Jailing him, the judge said: “I have no doubt a significant risk remains. I very much hope that the risk will have been removed in five years and he can be released.”

Voting merch that actually gives back to organizations making a difference