Couples and families will have to dig deep in their pockets to ensure they sit beside each other – even when seats are empty.

BA has been criticised for the recent decision that has been dubbed ‘a cynical ploy to make more money’.

Recently, a couple chose the upmarket flight operator for a transatlantic flight and were automatically allocated seats on different rows.

The couple had to fork out over £100 to sit closer to each other, moving to a seat that was unoccupied anyway. 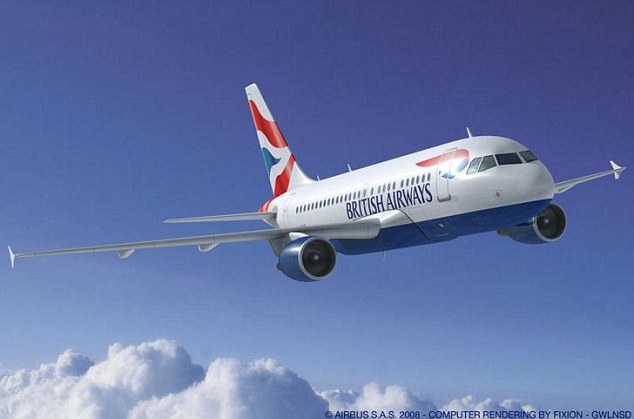 In another case a Berkshire lawyer complained on Twitter about Britain’s largest airline.

Jo Lightning tweeted last month, saying: ‘BA charging us £39 to enable us to sit next to our 14-year-old despite a row of seats being available. Very poor.’

But it’s not just families and couples who are being hit by the Ryanair-style no-frills approach.

Solo travellers have also complained that the airline has been plonking them in the undesirable middle seat, even though the flanking seats are free, then charging them top dollar to move to a better location.

If passengers want to choose their seats in advance, BA often charges them for the privilege in business, premium economy and standard economy classes.

BA’s website states: ‘To get the best choice of seats and [to] make sure your family sits together, it’s best to reserve your seats in advance, for which you might have to pay.’

The company does say however, that children under 12 won’t be sitting without a parent, but this can often mean one parent is tasked with looking after their young children.

Last year, BA made the decision to call time on handing out free food and drinks to economy passengers, instead opting to sell them Marks and Spencer sandwiches and snacks.

The ‘M&S on board’ menu ranges from bags of crisps and chocolate bars for £1 each to a mozzarella and tomato focaccia for £4.95.

The airline has started selling its cheapest tickets, ‘basic economy’ tickets – or fares where the flier is permitted to travel with only hand luggage on long-haul routes as well as short haul journeys.

The customer will pay up to £62 pound to choose their seat in advance or face paying extra at check in if they don’t like their seat. 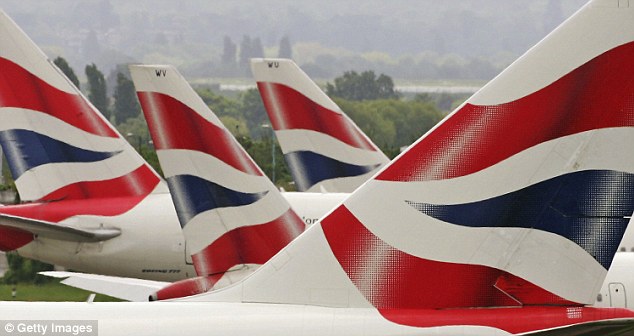 Last month Ana Brothers and her partner booked a hand luggage-only flight from London to New York and were faced with a £103 cost to sit together.

This only got them seats across the isle from each other, after being unhappy with their seats several rows apart that were allocated by American Airlines, the operator of the codeshare route. The seats they moved to had previously been empty.

‘It seems to be a cynical ploy to make more money,’ said Brothers, 37, a teacher from east London. ‘When you’re booking with BA, you don’t expect to get the same treatment as a budget carrier.’

With Virgin, who introduced similar hand luggage flights, customers can change to a better seat at no extra charge if the seat is available at check-in.

BA and American Airlines told the Sunday Times they aren’t deliberately splitting up couples and families.

BA said all customers on standard fares could choose seats for nothing when check-in opens online. It added: ‘Some 98% of families are seated together by the airline. Our seat selection process is in line with 15 other airlines flying out of the UK.’

Reward offered for wolf that escaped when hurricane hit

Four dead and 11 injured in mass shooting in Florida

Caitlyn Jenner: ‘I was wrong’ about Trump being good for LGBT people