British tourist, 22, is hospitalised after being hit by a car while standing on a motorway in Majorca

A 22-year-old British man is in hospital after being hit by a vehicle as he walked across the motorway in Majorca.

The man, whose name has not been revealed, was run down early on Sunday as he was walking across the motorway connecting Palma de Mallorca airport with the city of Palma on the Spanish Balearic island of Majorca.

Local media reported that the incident happened when a vehicle, not specified in reports, ran over a pedestrian who was in the middle of the motorway that connects Palma de Majorca with Son Sant Joan, near exit 6 for Cala Estancia. 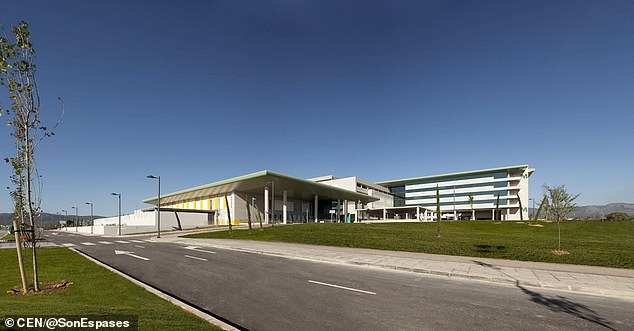 The 22-year-old British man was left lying on the ground.

After calls were made to the emergency services, patrol cars from the Spanish Civil Guard and medical services sped to the scene to attend the emergency.

The paramedics confirmed that the victim was suffering from serious injuries.

Once he was stabilised, The man was taken to Son Espases hospital where he arrived in a serious condition.

He reportedly remains in the hospital with serious injuries.

The Spanish Civil Guard has opened an investigation to determine the cause of the accident.

It is unclear if the driver has been questioned or arrested by the police and the investigation is ongoing.

Watch out BT and Virgin Media! Vodafone is offering ultrafast broadband for free