Britney Spears has a new haircut, house and husband.

On Wednesday, the pop star, 40, shared an update with her followers on Instagram for the first time since she married longtime boyfriend Sam Asghari on June 9.

“Haven’t been on my honeymoon yet,” she wrote alongside the photos of herself sporting a shorter hairstyle. “Got married and moved into a new house around the same time… not the smartest thing to do… 🤧🤧🤧🤔🤔🤔”

Spears added the recent changes in her life are “coming together.”

RELATED: Britney Spears’ Father Wants Her to Sit for Deposition at Next Conservatorship Hearing: Court Docs

“It’s so weird I wake up and everything is new,” she shared. “New pool… new kitchen … new bed … I think I’m in shock !!! Figuring out a couple of things … I definitely like being outside but I also like being inside too … my yard is sick so my dogs are in pig heaven 🐷🐷🐷 !!!” 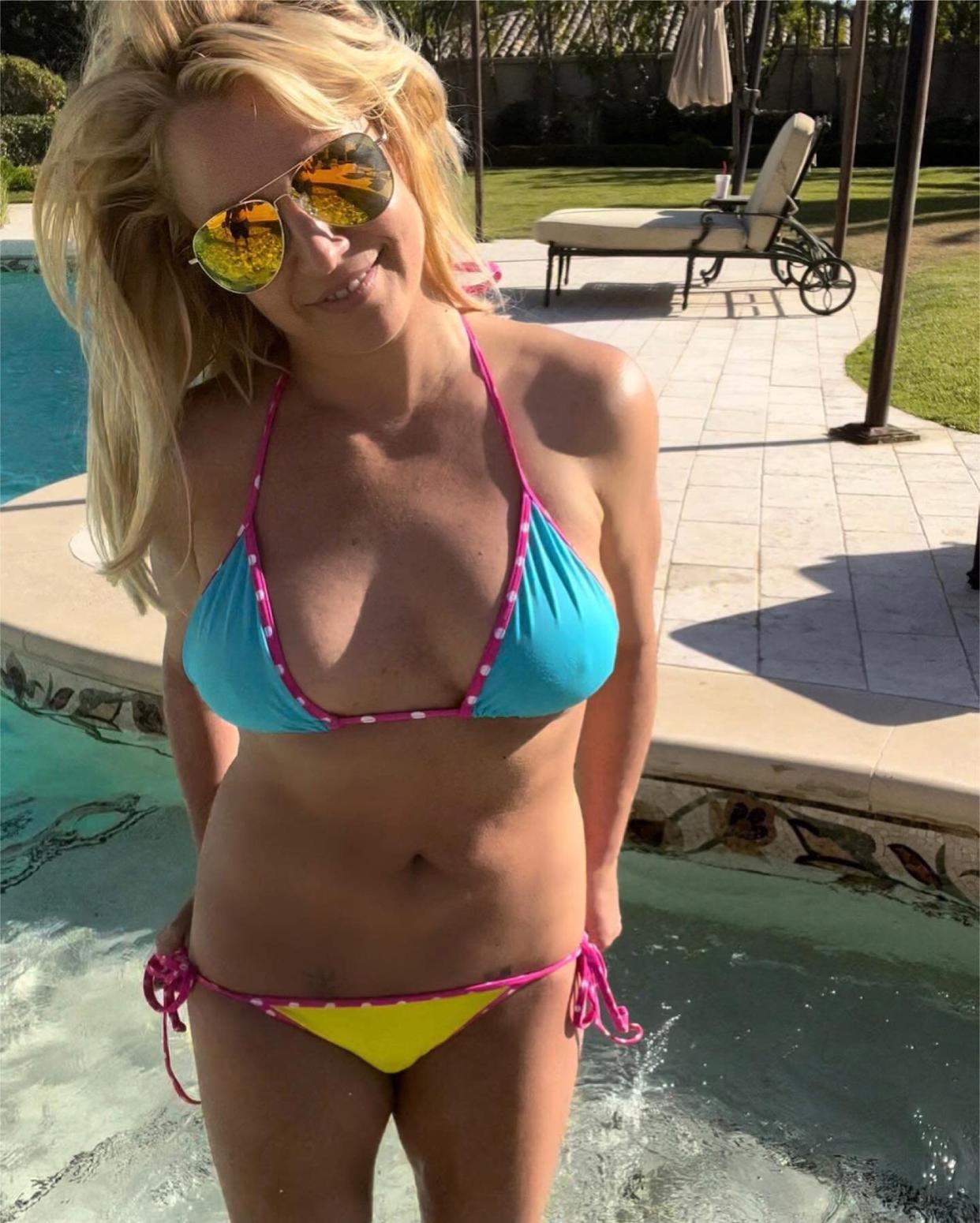 The “Toxic” singer also shared that she was taking time to relax after a busy few weeks.

“I took a nice dip in my pool … it’s so bright and it has a nice chill spot … and a slide … I went down it 4 times already … it’s hella fast,” she said. “I cut all my hair short and my husband just made me a steak.”

Never miss a story — sign up for PEOPLE’s free daily newsletter to stay up-to-date on the best of what PEOPLE has to offer, from juicy celebrity news to compelling human interest stories.

Making the union official, the couple exchanged custom bands by Stephanie Gottlieb. The bride received two platinum eternity bands to complement her engagement ring. The first is classic round diamond band in a shared prong setting, and the second a marquise diamond band set east-west in a bezel eternity band. The gems in both bands are just under two carats in total weight per ring.

In a classic choice, the groom got a classic platinum 5mm band with comfort fit.

Spears’ ex-husband, Jason Alexander, was arrested on the day of Spears’ wedding after he broke into Spears’ home and attempted to crash the wedding.

Alexander, 40, was arrested by the Ventura Sheriff’s Department prior to the Grammy Award winner’s planned nuptials; as a result, Spears’ lawyer Mathew Rosengart told PEOPLE that her restraining order against Alexander “was granted.” Rosengart added that “he was charged with felony stalking and is incarcerated.”

Joey Lawrence on Melissa Joan Hart's Past Drug Use: Everybody Makes Mistakes

Aaron Sorkin Says Scott Rudin 'Got What He Deserves'