BRITS desperate for a holiday have reportedly been warned that foreign trips won't be allowed until August at the earliest. 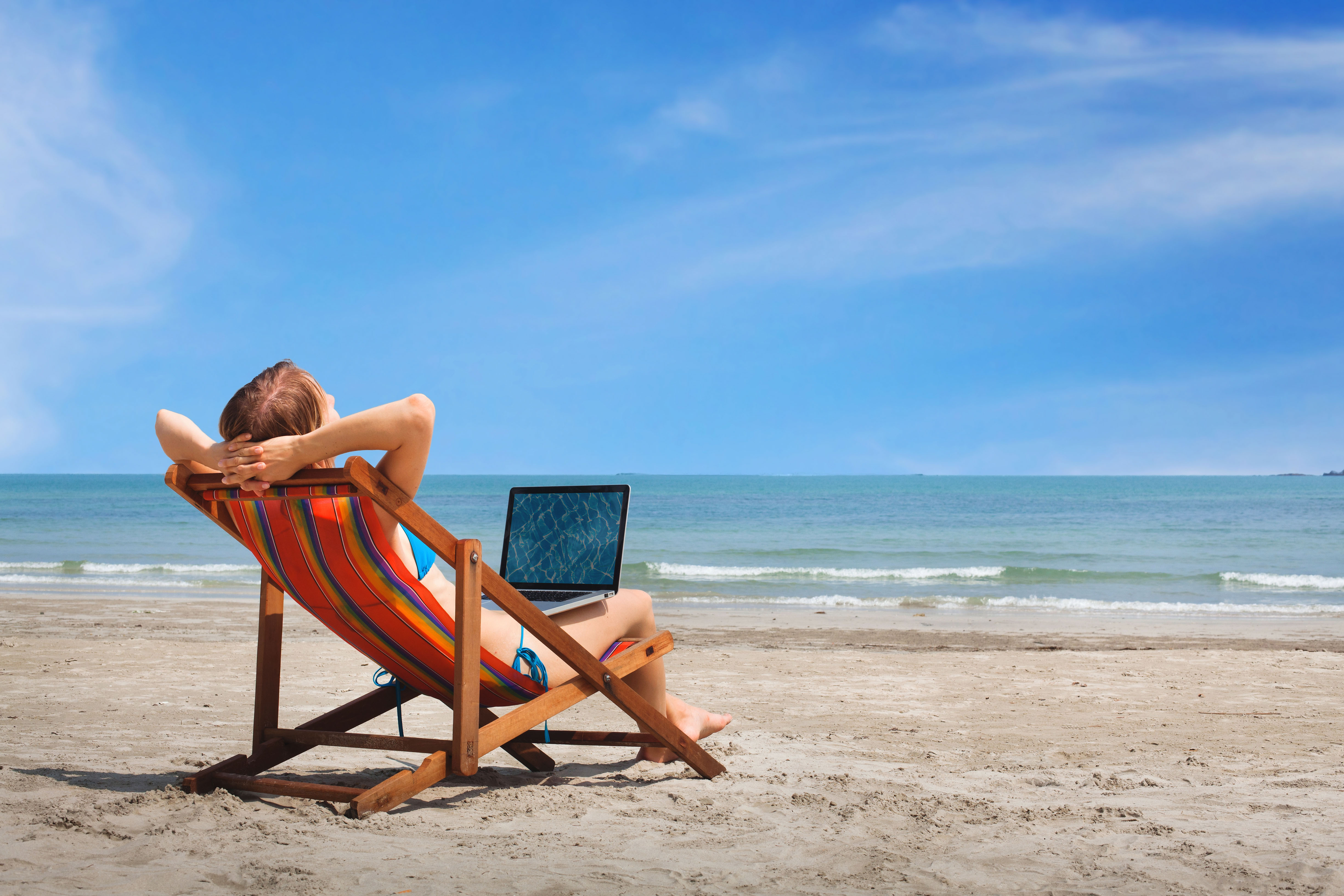 A source told The Times: "August is looking like the most likely moment."

According to the government's road map out of the Covid lockdown, the earliest people could take holidays overseas will be May 17.

On Monday, a law will come into force which will see anyone who leaves England before June 30 without a "good reason" fined £5,000.

Officials also warned that even when the travel restrictions are lifted, travellers will only be able to visit countries with high vaccination rates and no virus mutations.

A Whitehall official reportedly said: "There will be a system of travel corridors to green-list countries with good vaccination rates.

A plan being considered is for people who return from "green-lit" countries to take a lateral flow test when they get back to Britain.

The lateral flow tests can give results in just 15 minutes.

Ministers are mulling over a three tiered warning system with the world carved up into Covid zones alongside rapid testing for all to allow those with vaccine passports or recent test results to jet away and return safely.

Arrivals from green countries would require hardly any restrictions for travellers apart a 15 minutes lateral flow test – likely taken when arriving in the UK.

Amber nations will likely require negative PCR tests before travel and some form of quarantine, as well as a lateral flow test on arrival.

But hotel quarantine will continue for all red list nations.

The cost of the test – usually around £30 – will have to be forked out by the passenger.

Vaccines Passports or recent tests are still likely to be needed by most holiday destinations, with Virgin Atlantic becoming the latest airline to announce a trial.

Unlike last year’s travel corridors, the system will be based on the prevalence of vaccine busting variants and jab roll outs rather than simple infection rates. 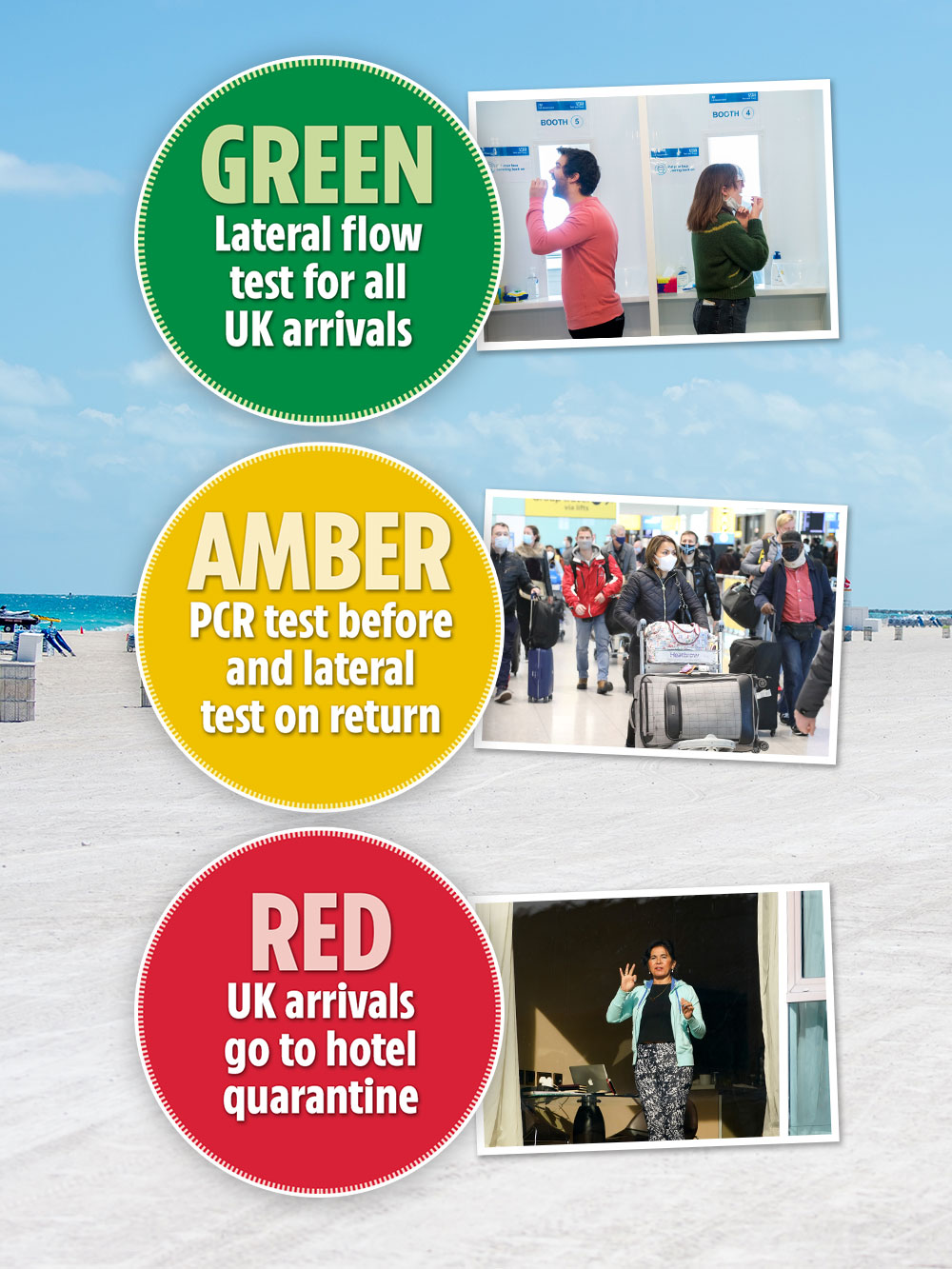 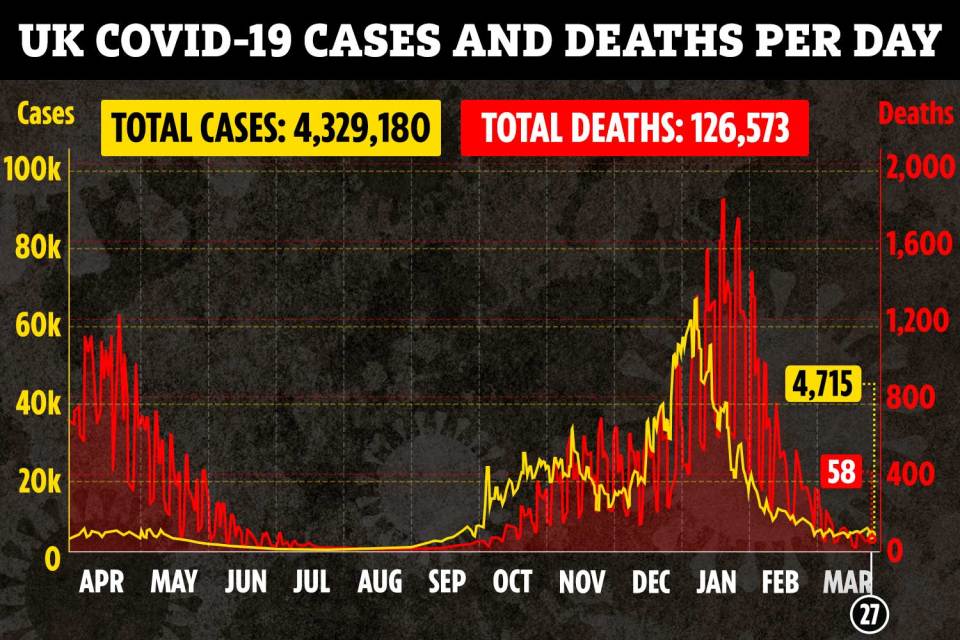