Bride, what bride? Little brother tears up the dance floor at his sister’s wedding with show-stealing routine

A little brother stole the show at his sister’s wedding when he broke out the moves and started twerking to the delight of guests.

Fans screamed and cheered as he got down to the beat of the top 50 song Savage by Megan Thee Stallion and Beyonce, video reveals.

It was uploaded to TikTok by taylorgouldd with the caption: ‘It’s his wedding now, his sister just happened to get married at it.’ The nuptials were taking place in the US. 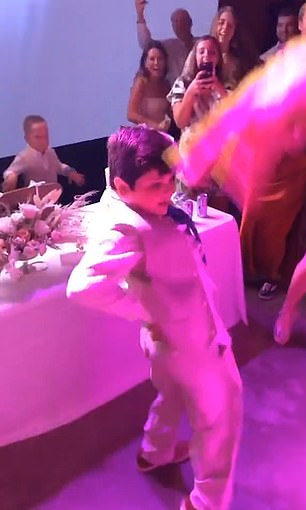 In the 15-second clip the boy is seen dancing as the lights are switched to a dark blue and pink.

Guests wearing their evening finery have arranged themselves around him, and hold their hands up in celebration as he dances.

Another child can also be seen jigging in the background, attempting to emulate the stunning moves.

On his Instagram account he uploaded an image of the dance with the caption: ‘Savage dance in the making’.

The video has been liked more than two million times on TikTok. It was filmed on July 25 this year. 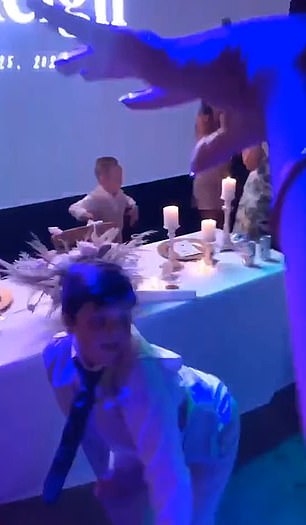 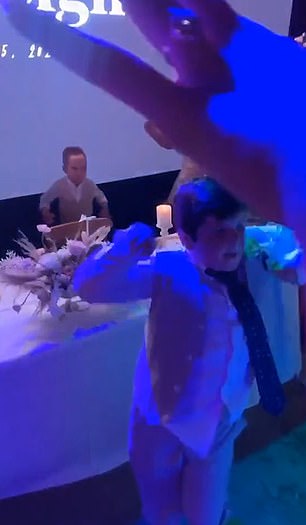 As he danced another child could also be seen jigging in the background, attempting to copy the stunning moves

One ecstatic viewer of the clip wrote: ‘I am screaming! He popped off on every move!’

A second said: ‘The fact that he threw it back better than all these girls on TikTok…’

And a third added: ‘He came to slay and serve!’

Le Creuset Factory to Table Sale: Get a Dutch oven for 40 percent off and more