Two bungling brothers who tried – and failed – to blow up the same cash machine twice have been jailed.

David Culshaw, 49, and Michael Culshaw, 51, were caught by police after leaving their DNA at the scene.

The siblings, from Leigh, Greater Manchester, were caught on camera attempting to blow up the ATM outside a Spar store in Warrington, Cheshire, on September 24 last year. 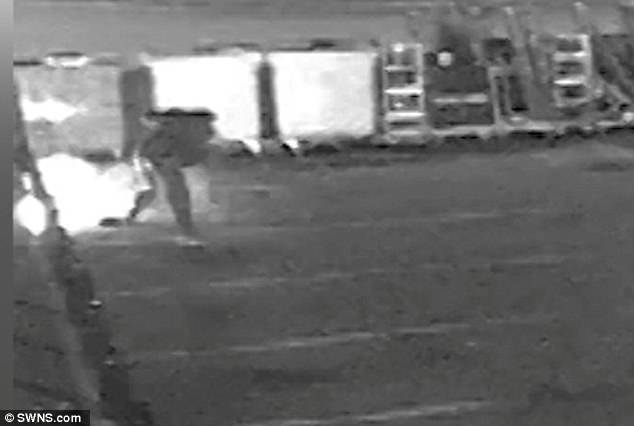 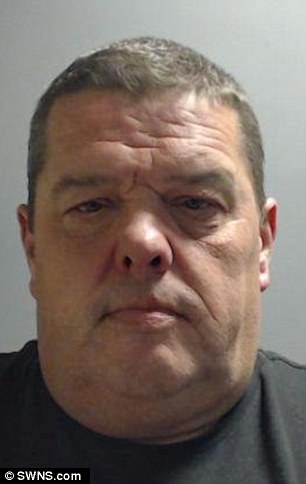 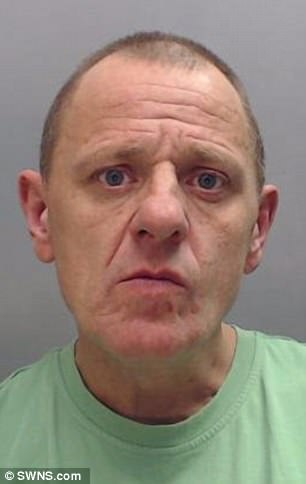 David Culshaw, 49 and his brother Michael, 51, right, twice attempted to blow up an ATM in Warrington, Cheshire in an effort to steal the cash inside the machine 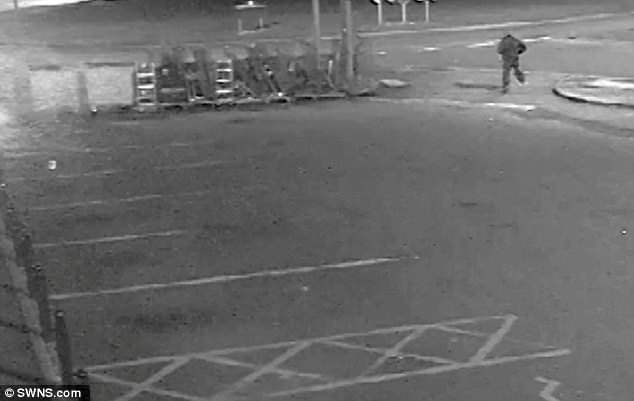 The pair ran away after unsuccessfully trying to blow up the machine, however, police found DNA evidence at the scene which enabled them to track down and capture the two brothers

They failed, causing only minor damage to the machine, and fled empty handed.

Several weeks later, on October 16, the brothers went back to the same cash machine and tried again to blow it up using a gas canister.

This time their plan was partly successful and there was an explosion which caused thousands of pounds worth of damage to the front of the store.

But it wasn’t strong enough to blow open the ATM, and again they fled with nothing.

While making their getaway, Michael Culshaw, of Wilkinson Street, left behind a black glove and towel which contained traces of his DNA.

David Culshaw’s DNA was also found on a black tube used to cause the explosion.

On October 30, police raided the brothers’ homes in Leigh and found evidence linking them to the incidents, as well as equipment indicating they had been planning further attacks.

The Culshaws were arrested and charged with a number of offences, including attempted theft from a cash machine, arson and causing an explosion likely to endanger life.

David Culshaw, of Rugby Road, was also charged with possession of a class A drug.

They both appeared at Liverpool Crown Court yesterday where they were sentenced to 10 years in prison after pleading guilty to attempted robbery.

Following sentencing, Sergeant Alison Howarth, of Cheshire Police, said: ‘The Culshaws believed that they were above the law, attempting, and failing to steal money from the same ATM machine on two separate occasions.

‘I commend the diligence of the detectives involved in pursuing all lines of enquiry to identify them as suspects.

‘The brothers failed to engage with officers during the investigation and denied any involvement. It was down to the tenacity of the investigators who secured the evidence to prove beyond doubt their involvement and build the case which led to the guilty pleas.

‘The brothers believed that crime would pay and help eradicate debt.. The sentences passed today prove that this isn’t the case and has landed them behind bars.’

Detective Constable John Parry, the officer in charge of the case, added: ‘This store was local in the heart of a small tight knit community, and the devastation of these incidents should not be underestimated.

‘Not only did they cause thousands of pounds worth of damage, but they also had a profound impact on other businesses and residents within the local area.

‘The substantial sentence handed to the brothers today recognise this impact and send a clear message to offenders that Cheshire detectives will pursue all lines of enquiry to detect crime that hurts the very heart of our communities and puts innocent members of the public at risk.’