Home » World News » Brussels has no Plan B to cope with financial chaos of no-deal Brexit, EU's budget chief warns

Gunther Oettinger said eurocrats were relying on Michel Barnier to reach a deal with the UK so that we continue to contribute to the club's coffers. 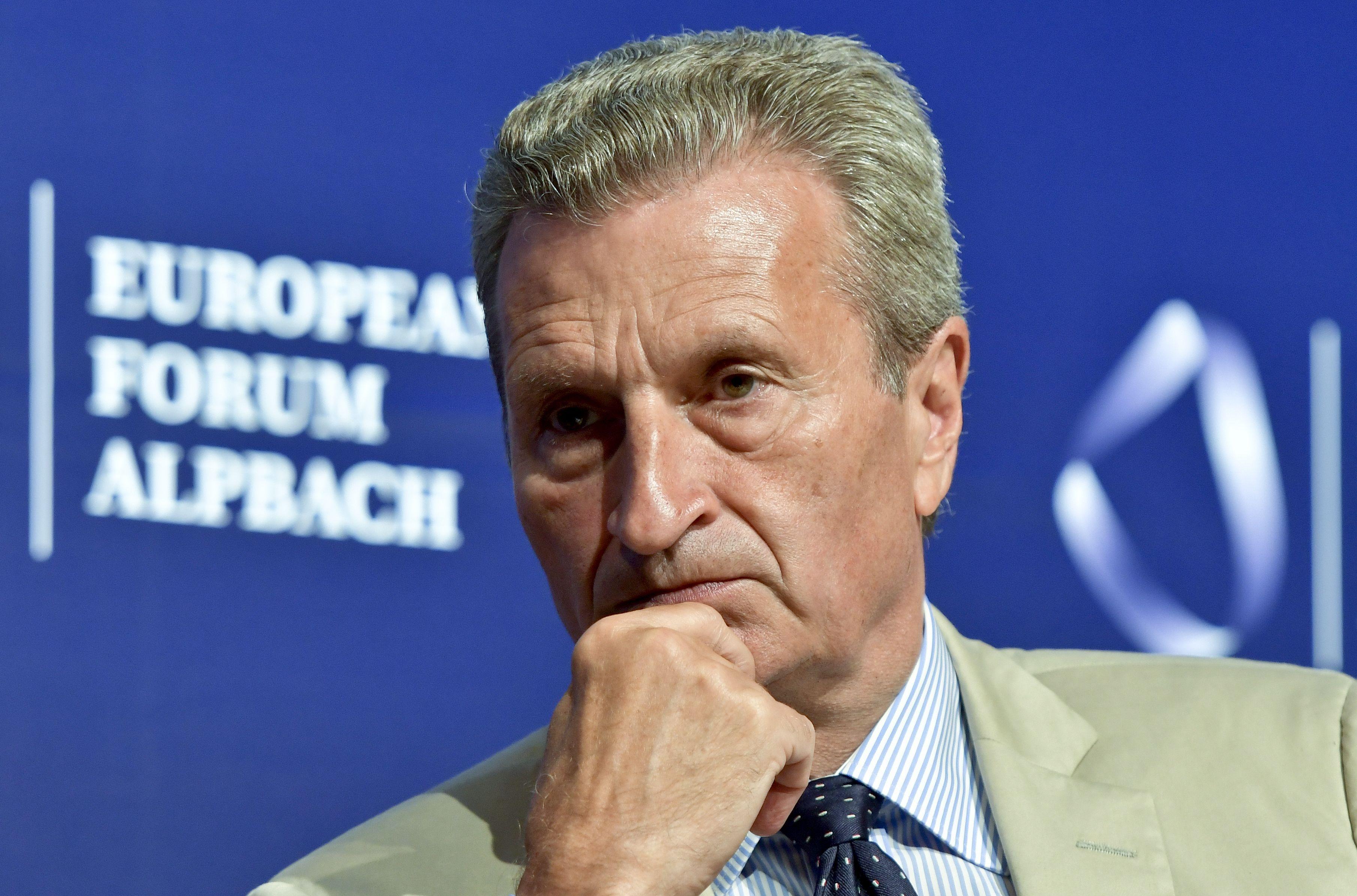 The German eurocrat is desperately scrambling to plug a shortfall of up to £12.7billion a year caused by Britain's departure.

But member states are bitterly divided over the size of the bloc's next seven-year budget, known as a Multi-Annual Financial Framework.

The EU Commission wants more cash from capitals to maintain current levels of spending even without its second largest net contributor.

But a group of countries centred around the Netherlands, Austria and Sweden say the budget should be reduced to reflect Britain's departure. 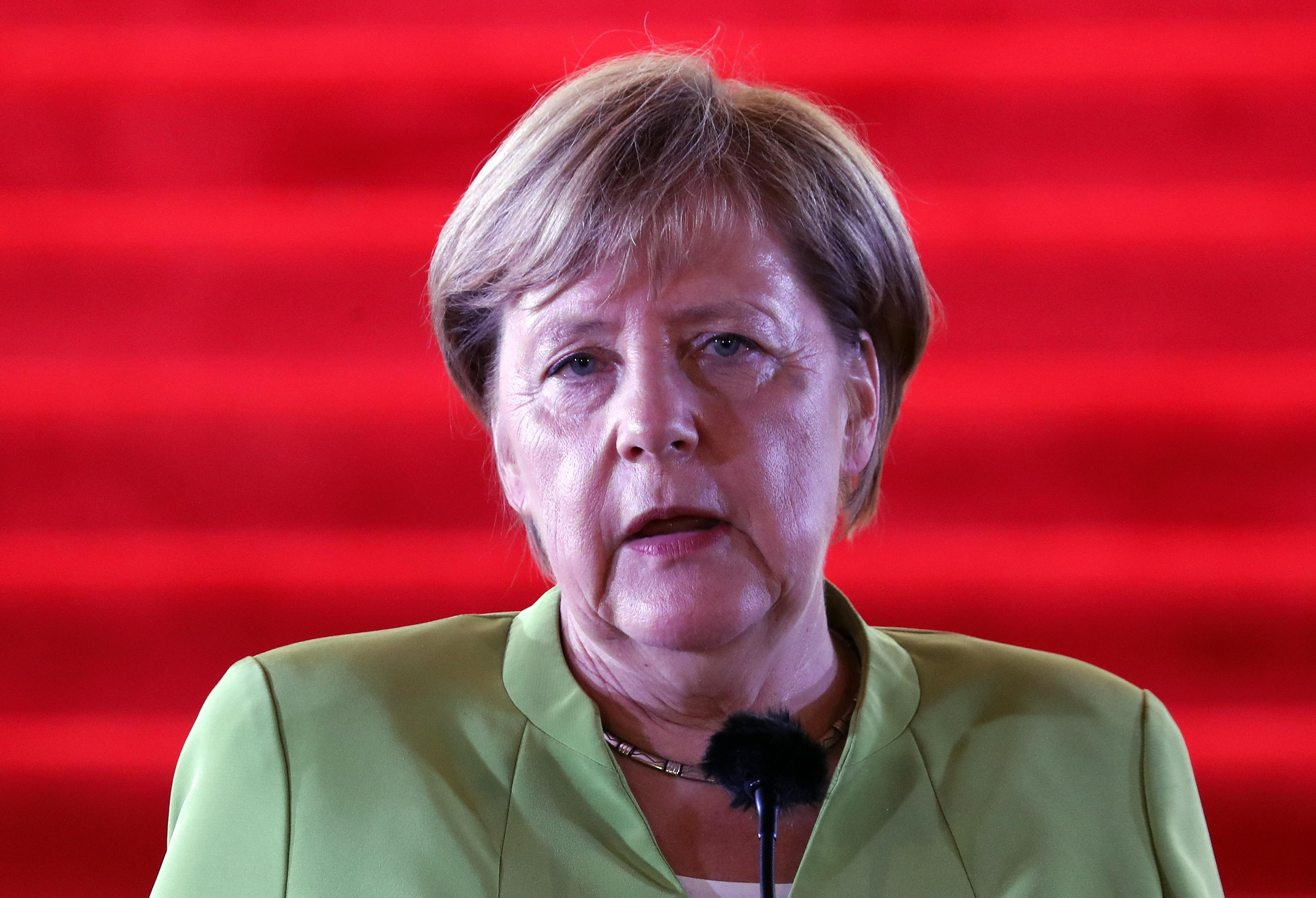 If the UK leaves without a deal the EU's financial situation will become even more precarious, with next year's spending severely affected.

But speaking at an event in Brussels, Mr Oettinger said: "Our expectation is the UK is willing to fulfil all obligations of an existing MFF which was accepted by David Cameron.

"We are optimistic the Brits are willing to fulfil these obligations and use these rights and we have for the moment no reason to develop a plan B."

Asked if he expected Britain to honour the £39 billion Brexit bill even if there's no deal, he said there "never ever was a destructive intervention from the UK’s side" in the talks.

He added: "So we have for the moment no reason to expect a totally different position in the next days, weeks or months."

The influential German commissioner, who is close to chancellor Angela Merkel, also said he expects the UK and EU to agree a "smart Brexit".

He said: "No doubt it’s a polar game at this moment, and there are different interests.But in our EU27 I know nobody who would prefer a hard Brexit.

"We have to do our best to defend and to bring our legal and financial and political arguments but not to come to a worst case scenario."

His remarks came as Sweden’s foreign minister says the bloc still holds out hope that Britain will reverse its decision to leave altogether.

Speaking at a meeting in Vienna, Annika Soder said it would be a “good idea” for the UK to halt the Brexit talks now and stay in the club.

She said: “You know that we wanted to keep you and we look at the polls and we see there may be some hesitation.

"We hope we can find a way forward to have a soft Brexit because a hard Brexit wouldn’t serve anyone. We won't give up on a soft Brexit even if that tiny hope is still there.

Its budget chief says there’s no Plan B. They’re relying on us carrying on paying.

Which betrays incredible complacency. And shows why we would be insane to help them out by handing over a bean without anything in return.

There is steel behind Brexit Secretary Dominic Raab’s threat that without a deal the exit “bill” will not be paid in “the same shape, or speed, or rate”. We need that strength from Theresa May.

She cannot compromise beyond her already over-generous Chequers offer without fatal damage to her Government. Her ex-guru Nick Timothy is publicly warning her off, and rightly so.

Our approach has been compromised by fear. It needs to be replaced by belief and confidence: we will thrive come what may.

"But still, and this may be not very polite, we hope there will be a solution where the UK will still be in the EU."

Ms Soder, who could lose her job after next week's election in Sweden, refused to support a second referendum saying she didn't want to interfere.

But she added: "For the EU, if we look at our perspective and the Swedish perspective, of course we would want to have the UK as a partner.”

Check in with grandparents during coronavirus lockdown, WHO says

'The Mandalorian' Mystery Character Could Be Another Famous Mandalorian; The Season 2 Trailer Shows New, Hooded Woman