A BUDDHIST monk beheaded himself with a DIY guillotine hoping it would bring him good luck in the afterlife, reports claim.

Thammakorn Wangpreecha, 68, had been planning the bizarre ritual sacrifice for more than five years, followers said. 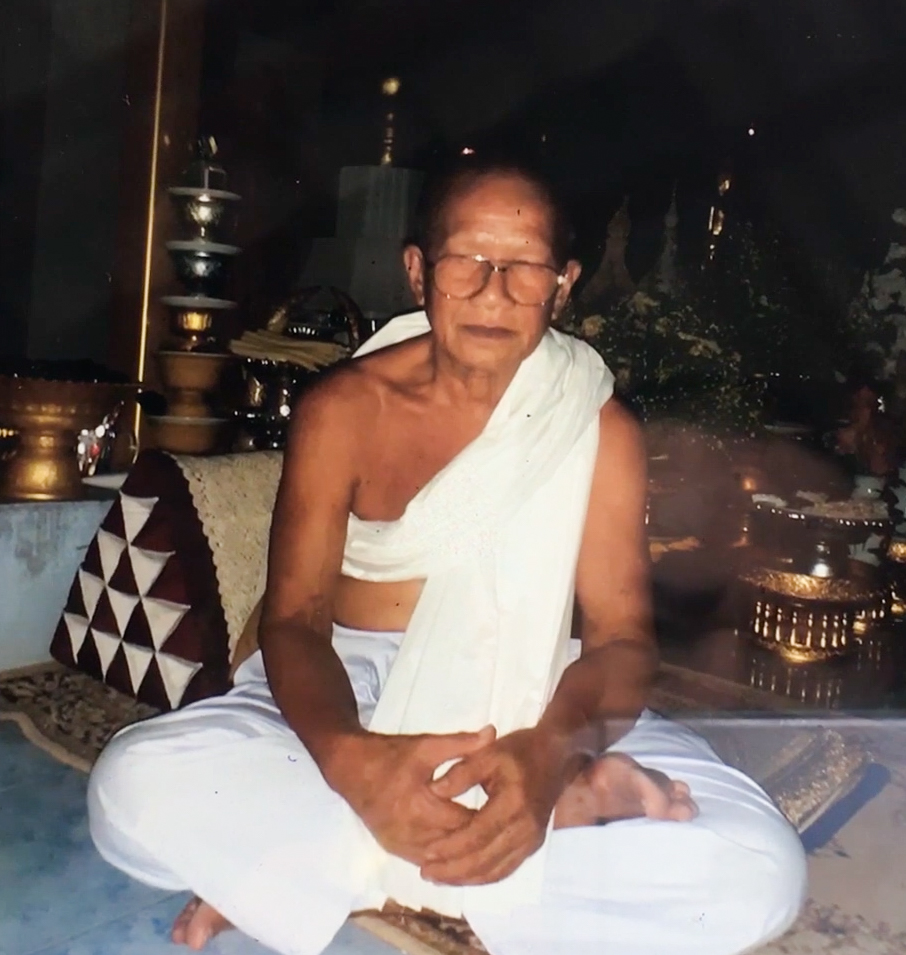 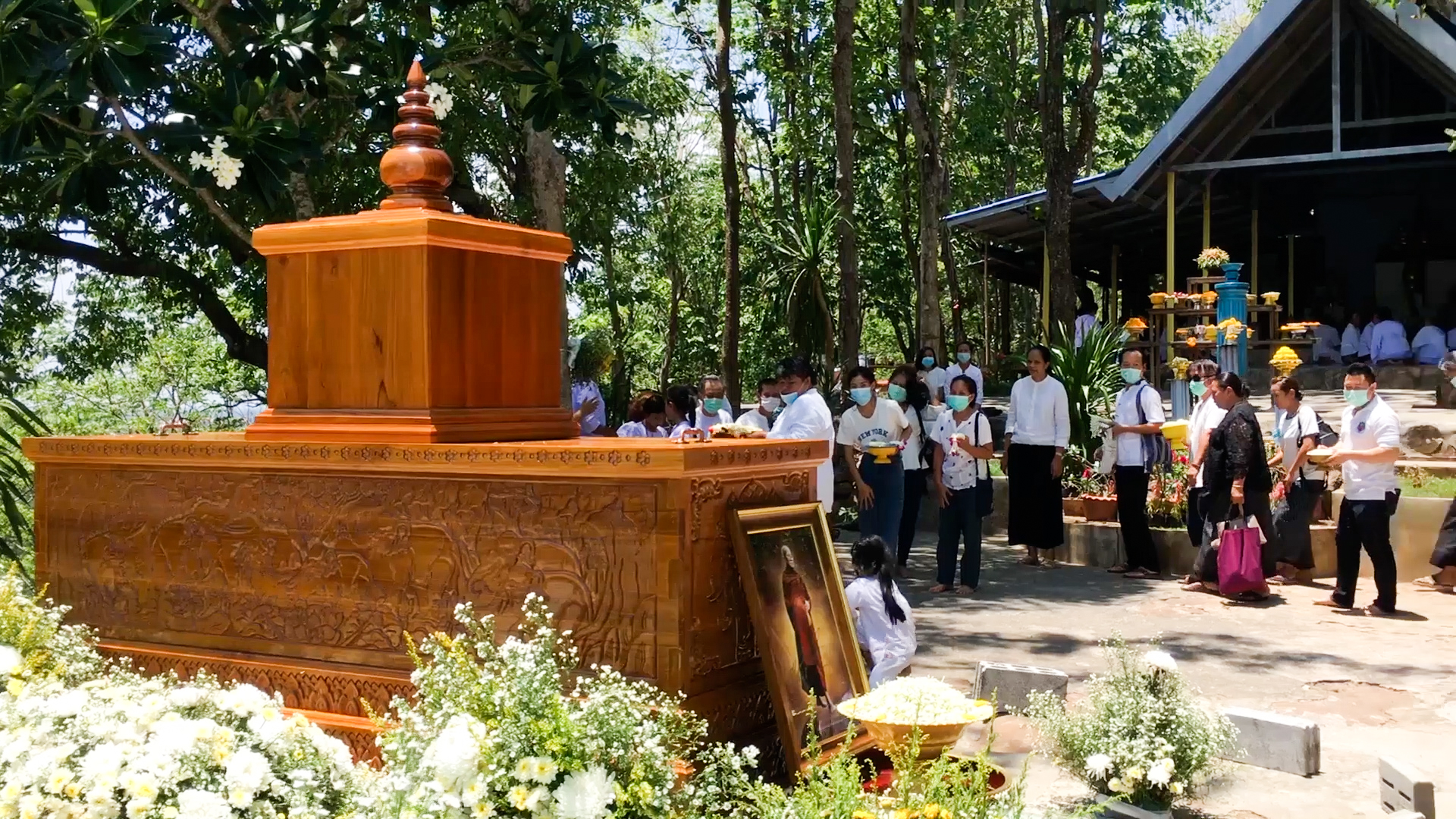 Thammakorn, who was abbot of Wat Phuhingong monastery in northern Thailand, ended his life last Thursday.

He is said to have positioned his makeshift guillotine next to a Buddha statue so it would appear the deity was holding his severed head.

Then he reportedly lay under the device and cut the ropes to bring the 3ft blade down on his neck.

His nephew Booncherd Boonrod, who found the body, said there was also a slab of inscribed marble nearby explaining his plan.

He told local media: "In the letter it was stated that chopping his head off was his way of praising Buddha.

"He said that he had been planning this for five years now.

"His wish was to offer his head and his soul so that the Lord could help him reincarnate as a higher spiritual being in the next life."

Thammakorn, who had served at the temple for 11 years, is said to have believed the offering would bring him good luck in the afterlife.

Before making the sacrifice, the abbot reportedly informed his followers he was leaving the monkhood but did not tell them about the guillotine. 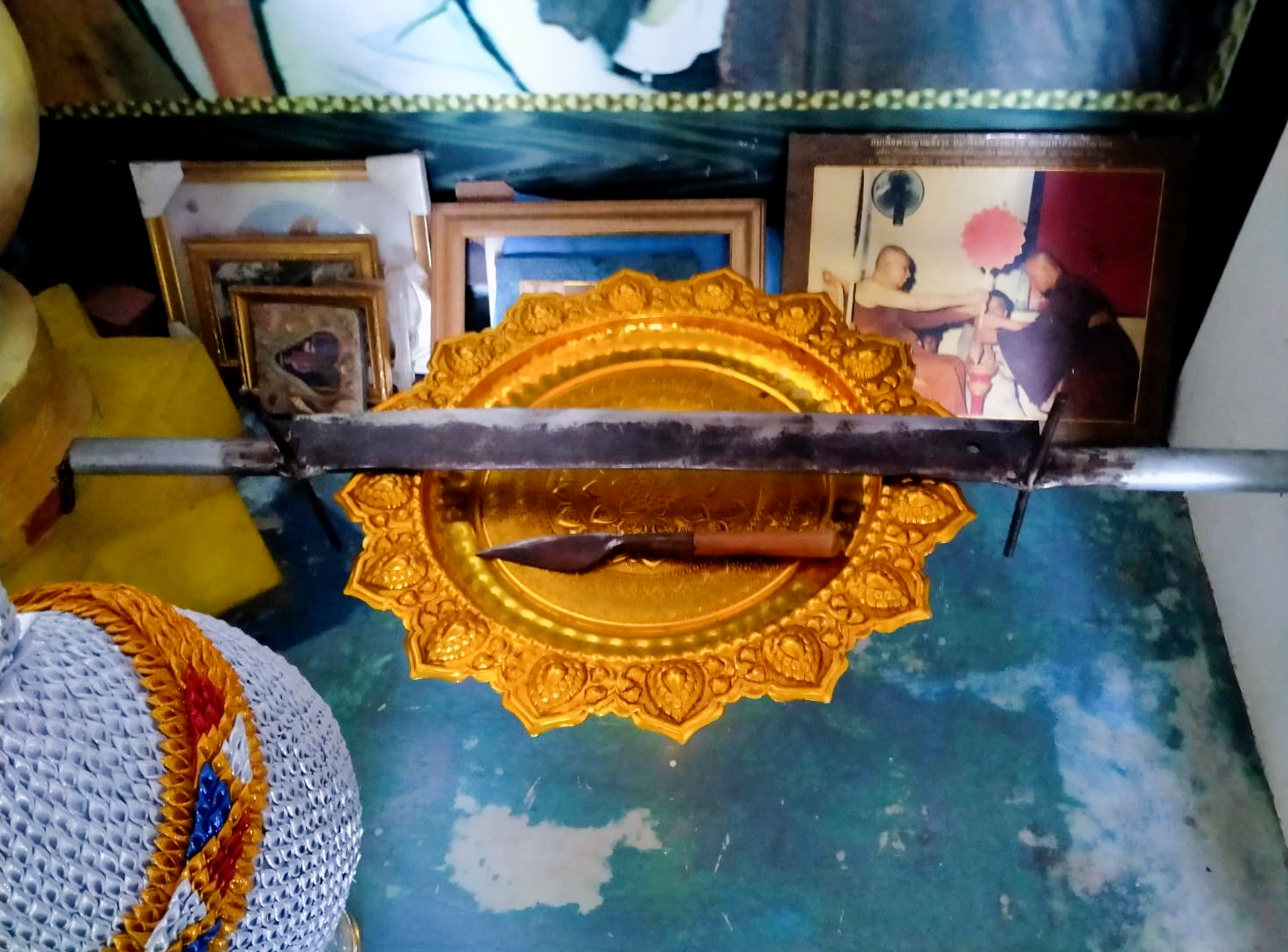 Following news of the grisly the death, more than 300 local devotees arrived at the temple to prepare the dead monk’s body for funeral rites.

Police intervened and took the body to a hospital for a post-mortem to ascertain the cause of death before returning it to his family.

According to one report, the monk's body was laid inside a coffin while his head was displayed in a jar.

Followers and family members then carried his remains to a forest where they were cremated.

Yu, one of the abbot's followers, said: "He had been planning this for five years now.

"He fulfilled his goal and met enlightenment."

Despite some followers praising Thammakorn, religious authorities warned such self-sacrifice was not encouraged.

Sipbowon Kaeo-ngam of Thailand's National Office of Buddhism said the abbot may have been misled to perform the ritual, reports the International Business Times.

"We have to prevent such unpleasant situations from happening again," he said.

"Temple executives and abbots should review their practices and look after other monks in their temples. This incident is possible evidence of neglecting to do so."

He added the government religious authority would distribute correct, beheading-free teachings to temples across Thailand.

Buddhists believe that carrying out good deeds is a way of praising the Lord Buddha, and will bring them good karma in the next life.

Many believers give money or free captive birds as a form of offering, called "making merit" for the afterlife.

Last month five-year-old twins were forced to marry in Thailand because their superstitious parents believed it would avoid bad luck. 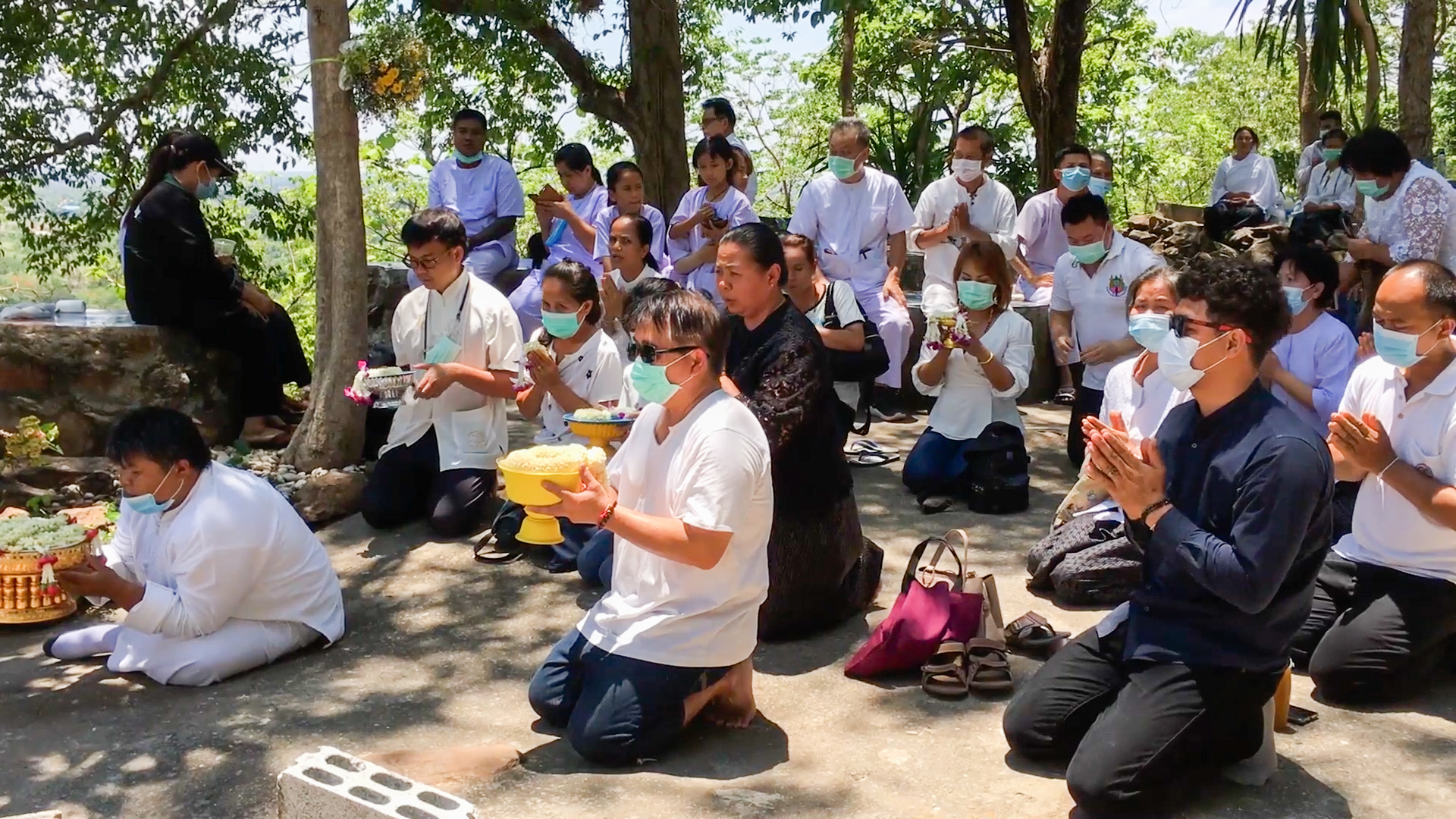 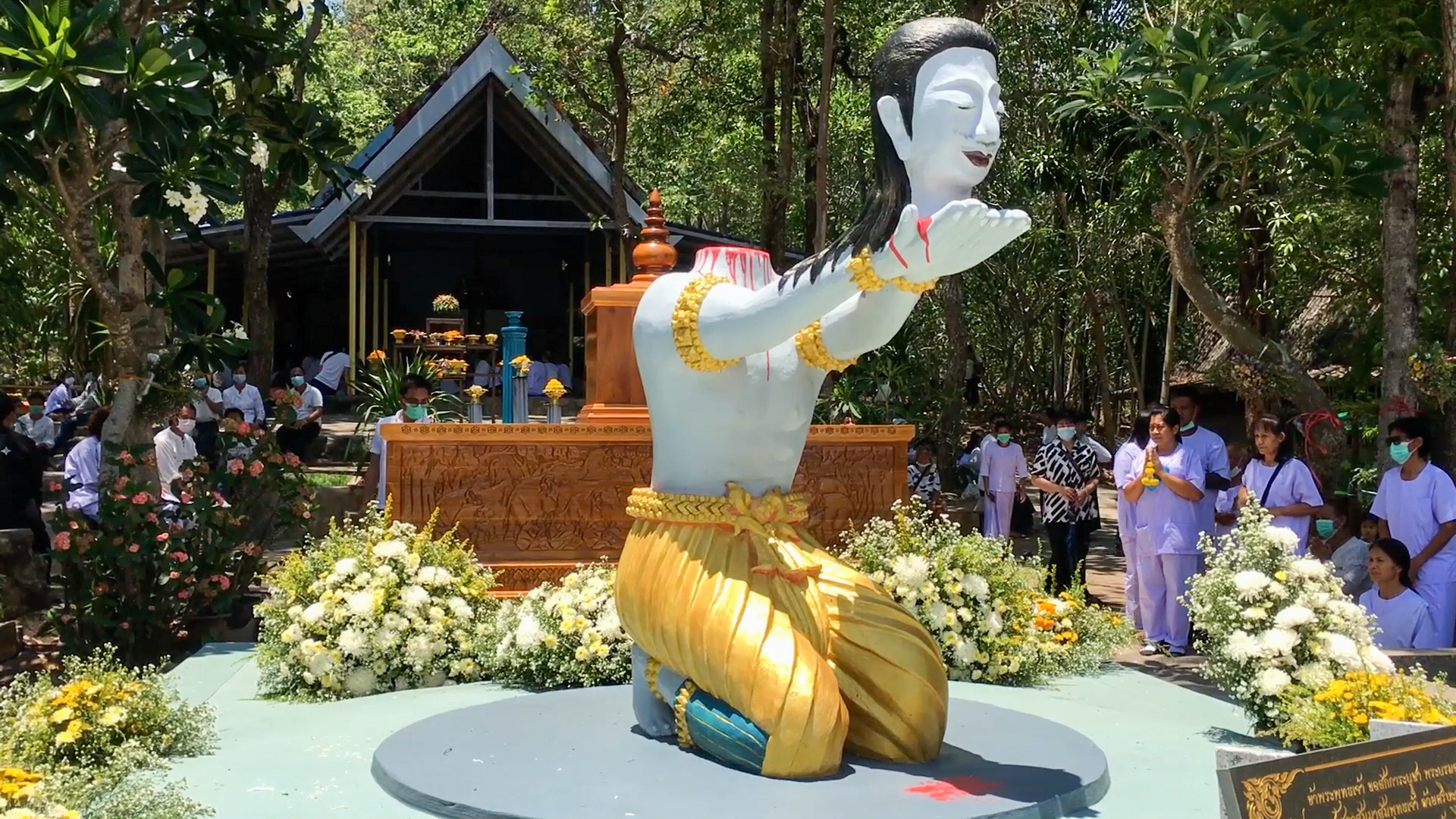 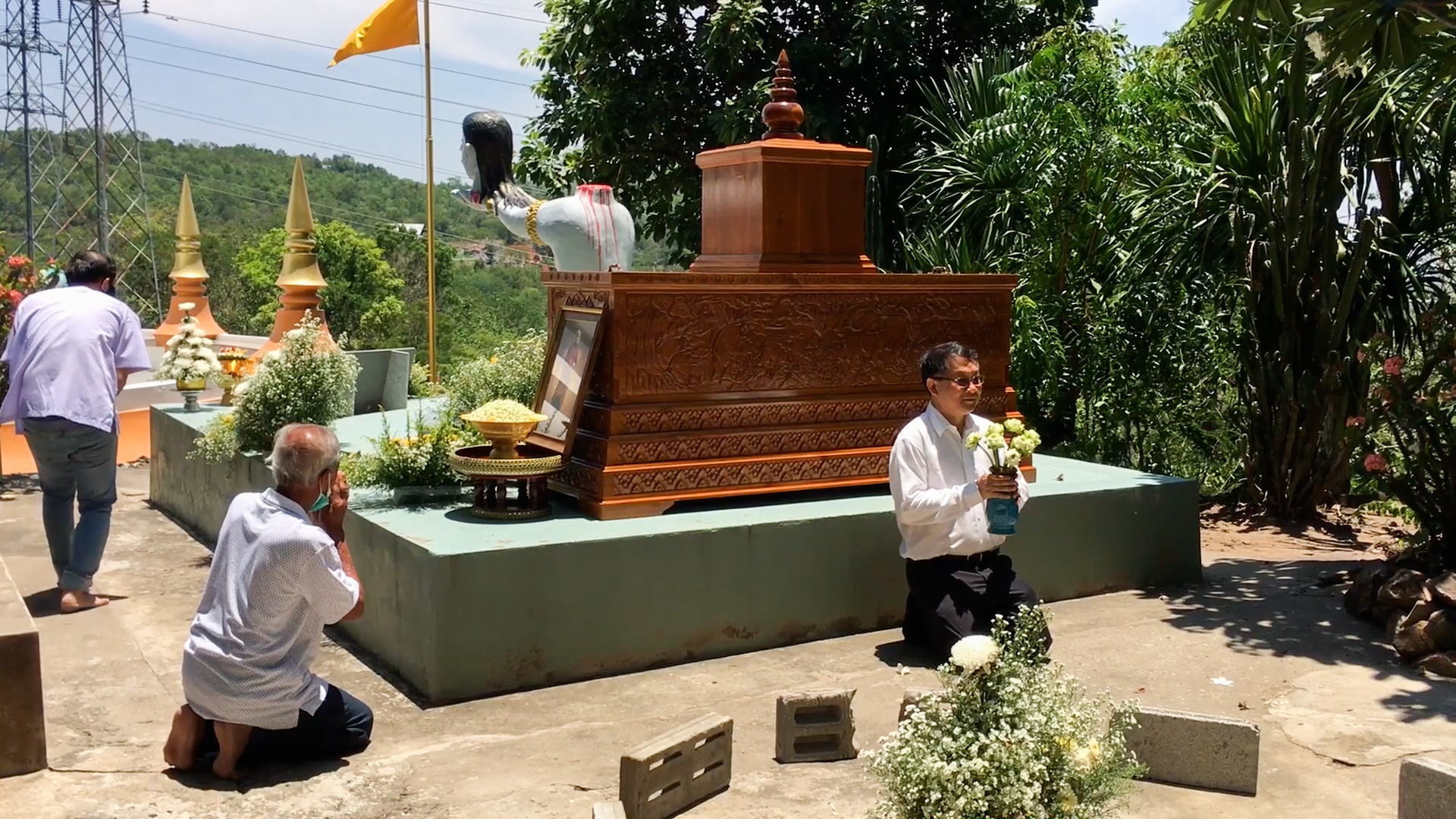 ‘The Challenge’ Recap: Cara Maria Finds Out About Ashley & Kyle’s Hookup In The Worst Way Possible