Car shoots out a large cloud of smoke on a busy road and then disappears – so can you figure out what happened to the vanishing vehicle?

A car has been captured cruising along a highway in Australia before vanishing in a cloud of smoke.

Dashcam footage shows the white car travelling behind a truck on a two-lane road through Camden, New South Wales.

The car shoots out a puff of smoke as the truck in front can be seen veering into a different lane. Moments later the white car is gone. 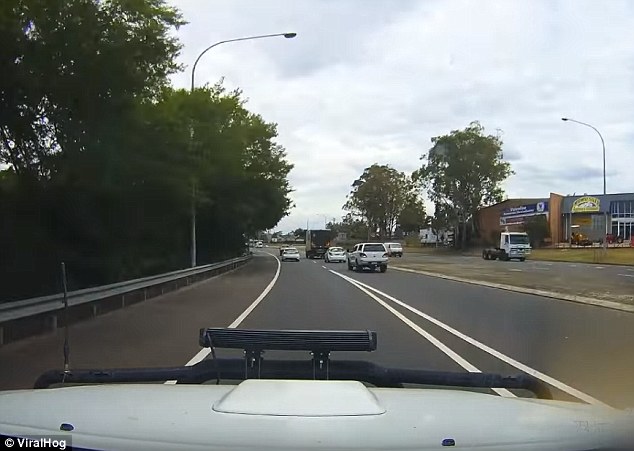 Dashcam footage reveals the moment a car in New South Wales disappearing. One moment its there and then its not

‘(It’s the) back to the future car,’ one person commented on the video that was shared on Youtube.

The video has had 880 views since it was uploaded on Monday.

Unfortunately, it seems to be just camera tricks that created the magical moment.

According to the driver who filmed the mysterious disappearing act, there was a more reasonable explanation for the puzzling footage.

‘The car actually goes in front of the truck and reappears in the turning lane, this bit is cut from the video to create the effect of it disappearing completely,’ they wrote. 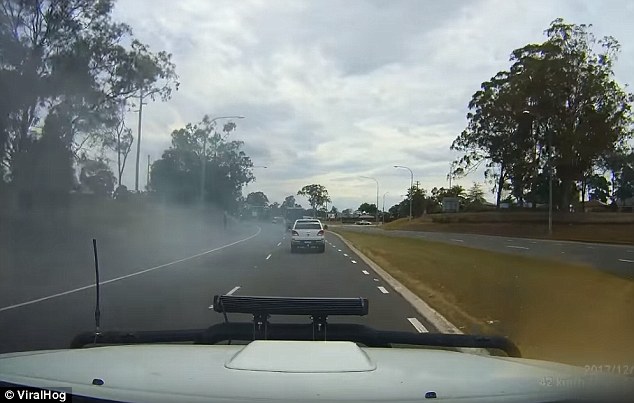 The dashcam footage was captured along a motorway in Camden New South Wales. The white car appears to vanish in a cloud of smoke

Les Moonves' Sexual Assault Accuser Illeana Douglas: 'I Thought of Him as a Father Figure'

10,000-year-old skeleton challenges theory of how humans arrived in America

Coronavirus symptoms: 5 early warning signs of Covid-19 and how to tell if it’s NOT cold or flu – The Sun