Carole Middleton has broken a thirteen year silence to reveal why she has stopped reading stories about herself, amid an oft-spun narrative that she is a pushy parent.

Explaining why it has taken her so long to be interviewed, The Duchess of Cambridge’s mother told The Telegraph that her life is simply ‘really normal – most of the time.’

Her discretion, though a natural instinct and obviously in the best interests of her daughter and the royal family, is also the product of some less-than favourable media coverage. 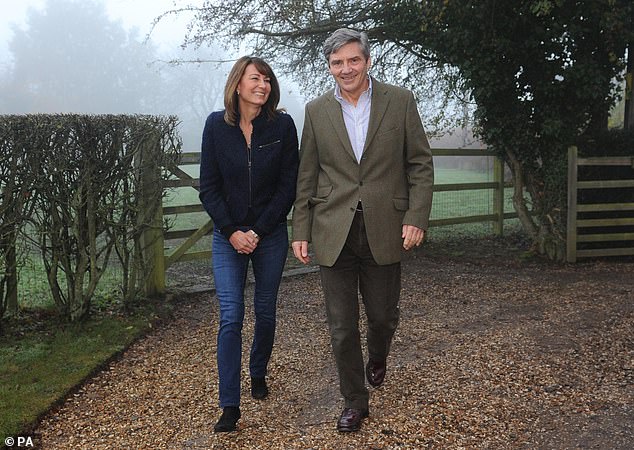 The parents of Kate Middleton, Michael and Carole. Carole has revealed in her first ever major interview how she is cautious about what she says these days, and no longer reads stories about herself online

‘Over the years, it’s proved wise not to say anything,’ she says.

Indeed, it has been suggested that, on learning that William was to study at St Andrews University, Carole pressed her daughter to enrol there.

Then, in the run up to the wedding of her eldest daughter to Prince William, reports surfaced that some among William’s circle had dubbed her ‘Meddling Middleton’.

Typically it is she, rather than her husband, who has been portrayed as pushy, twee and interfering. She has even been dogged by allegations of ‘social climbing’ and giving away her middle-class by using words such as ‘toilet’ rather than ‘lavatory’. 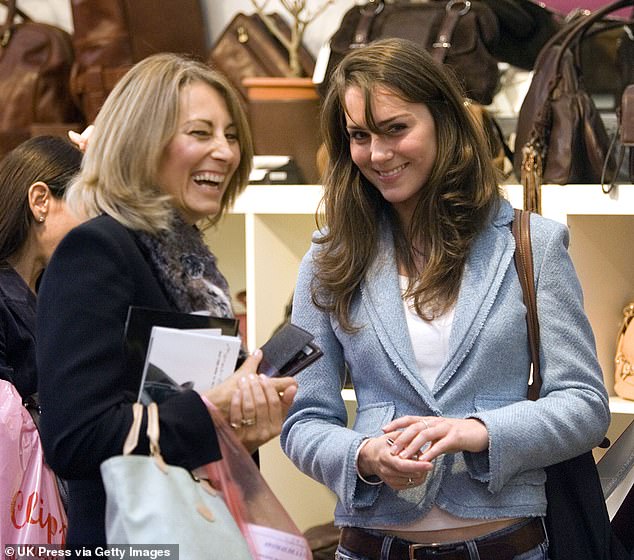 Her silence is a response to a narrative that painted her as pushy, ‘meddling’ and a social climber

But The Telegraph’s Lisa Armstrong says her voice far from put-on, nor is it affected.

Now, Carole prefers not to read any stories about herself online – a rule she has stuck to for more than a year.

‘Well, I thought it was better to know what people thought. But it doesn’t make any difference. I’m not really sure how I’m perceived now,’ she says.

But some of the ingrained cautiousness still persists, even if she doesn’t read the stories – when discussing how she likes to have as many Christmas trees as possible in the house, she takes a moment to reflect before saying: ‘That makes me sound as though I live in a mansion, doesn’t it?’

Later, when asked where she most likes to shop, she pauses again to ask: ‘How’s this going to make me sound?’ 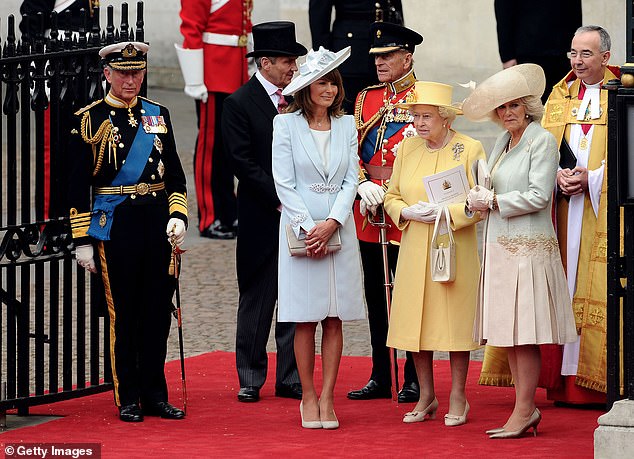 Carole keeps herself busy by running her business Party Pieces – a one-stop shop for party supplies including costumes, cakes and decorations.

It has been going for over thirty years and was born out of a ‘this strong feeling that I hadn’t achieved anything,’ Carole said. ‘I got married at 25, had Catherine at 26…’

She created the business year her she had her son James, in 1987 and the website now sells around 7,000 products.

‘Running a business is really very simple: you buy things and sell them for a profit,’ she says, but you have to have a good idea.

‘And it was a good idea or it wouldn’t have taken off.’

She enjoys her line of work (‘I do love a good party’) and prefers to be on the ground with her 30-strong team rather than holed up in a private office.

‘It’s better to be with everyone so you can see what’s going on,’ she says, but she always confesses to being a ‘chatterbox’ and a ‘hurricane’ about the office.

And the hurricane shows no signs of slowing down. ‘I don’t see myself stopping,’ she says. ‘If I did I’d have to have so many projects on.

‘I’ve got a billion ideas I still want to do.’

Get fit in 15 minutes: The best exercise to blitz ‘love handles’

90 Day Exclusive: Is It a Happy Reunion for Chantel & Pedro?