A woman has been left ‘completely broken’ after her pet cat had its head cut off in a sickening attack.

Police are now investigating the gruesome slaying amid fears the animal’s killer is looking for more victims.

Ms Parsons said she is sure it was an intentional attack by a human – not a fox or an accidental hit-and-run – as there was evidence a ‘sharp implement’ was used. 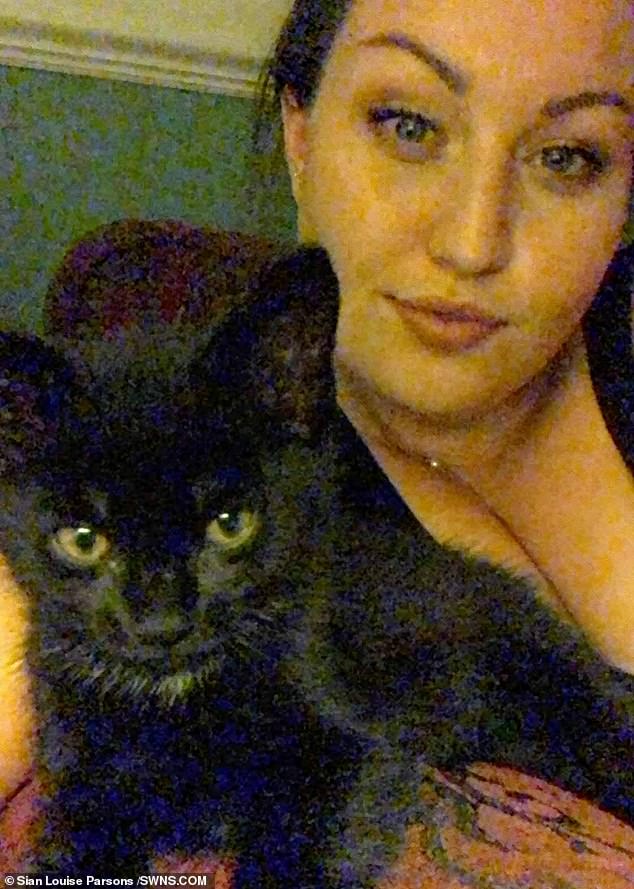 Sian Parsons found her beloved seven-month-old kitten Neo (both pictured) decapitated in a street in Brackley, Northamptonshire, on January 29

She revealed the vile attack on Facebook, writing: ‘Last night my kitten Neo was killed up the Tree Estate, Brackley.

‘He had his head cut off by someone. He was only seven months old and didn’t deserve such an awful fate. I am completely broken right now.’

Ms Parsons pleaded for information to help track down those responsible in a post shared more than 1,600 times – with hundreds of comments of condolences.

‘It honestly means the world to me and my family that so many people care about my poor little man,’ she wrote, pleading for more shares to bring Neo justice.

She said the police told her that Neo’s head is yet to be recovered.

‘Our cats have always been allowed to roam whatever time of day or night they wished, due to this our cat flap was open for them to come and go and Neo had been using it,’ Ms Parsons said.

‘I thought I lived in a safe quiet area on a good estate and never even considered something like this would happen here let alone to me.’

Northamptonshire Police said the attack is thought to have happened sometime between 9.30pm on Tuesday and 11am the next day.

‘This is obviously a very concerning incident and we are investigating what happened,’ a spokesperson said.