The Catholic Education Commission of Victoria will open half a dozen schools in Melbourne’s fast-growing outer suburbs in the next two years.

Six Catholic schools will open in 2022 and 2023 – in Cranbourne, North Cranbourne, Craigieburn and Greenvale, with a primary and a secondary school in Melton South. 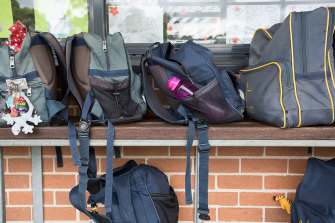 Catholic schools will open in in Cranbourne, North Cranbourne, Craigieburn, Greenvale and Melton South over the next couple of years.Credit:Michele Mossop

A further seven primary schools and two secondary colleges are planned to open by 2025, and the commission wants state and federal funding to open more schools in growth areas.

But Trevor Cobbold, of state school lobby group Save Our Schools, said the request was a “greedy grab” for taxpayer funding by an educational system that had lost market share in Victoria.

The Catholic Education Commission of Victoria has shut a handful of inner-city primary schools in recent years because of low enrolments, including St Benedict’s in Burwood and St Kevin’s Primary School in Ormond.

Victoria is nearing the halfway mark of the Andrews government’s pledge to build 100 new government schools by 2026, mostly in the fastest-growing parts of the state. Twenty-three schools or campuses – 14 state, six independent and three Catholic — opened their doors this year across Victoria, predominantly in growth areas such as Armstrong Creek, Aintree and Eynesbury.

Education expert Peter Goss said Victoria was in the middle of a school population boom on a scale not seen for at least half a century.

“For about 20 years, the school population was flat or shrinking. That switched in about 2011, driven by a population boom that started in 2006, plus immigration,” Dr Goss said.

“That wave swept through primary schools from about 2011 and the front of that wave is clearly now hitting high schools, which are projected to grow faster even than primary schools over the next few years.”

Catholic Education Commission of Victoria executive director Jim Miles said one of the Catholic system’s key challenges was keeping up with demand in growth areas “due to capital funding constraints”.

“We continue to work closely with both state and federal governments to further assist us with developing this community infrastructure,” Mr Miles said.

The latest official data showed the number of students enrolled in Victorian independent schools grew 2.67 per cent last year, compared with a 0.65 per cent rise at Catholic schools. State schools increased enrolments by 1.65 per cent. 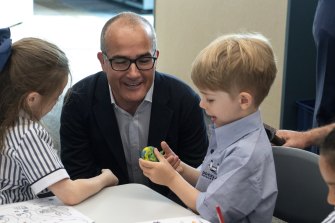 He said the commission welcomed the “increasing investment in education infrastructure by the Andrews and Morrison governments and continues to seek ongoing review of the level of investment in Catholic education to ensure choice of schooling for Victorian families can be maintained”.

“Catholic schools are much better placed to fund their own capital expenditure because they have received a massive boost in recurrent funding from special deals by the Morrison government,” he said.

“This increase frees up income from fees and donations to be spent on infrastructure.”

RMIT associate professor Melanie Davern said while she welcomed the new schools, Victoria would “never catch up” with demand because of the lag between large numbers of people moving to a new suburb and schools being built.

“Our current planning system really says, ‘The people have to arrive and once we get to a number … then we will build a school,’ ” Dr Davern said.

”It’s great to see these schools go in and decent public education should be there as a basic right. But the first schools to go up are the independent schools and the Catholic schools, because they know they have a captured market.”

Dr Goss, formerly school education program director at the Grattan Institute, said: “This stuff isn’t easy to plan but actually, of all the things that a government has to plan for, the demography of children is among the easiest. Babies become little kids, little kids become big kids.”

Melissa McCarthy Says Her Husband Has 'Fallen Pretty Hard' for Harry Styles: 'Not a Bad Choice'