Lisa Roussos was with eight- year-old Saffie-Rose when a terrorist struck at the Ariana Grande concert in May 2017.

Saffie-Rose died and Lisa had to learn how to walk again after the attack.

She was surrounded by friends and family as they walked the course to raise money for a charity in her daughter’s memory. 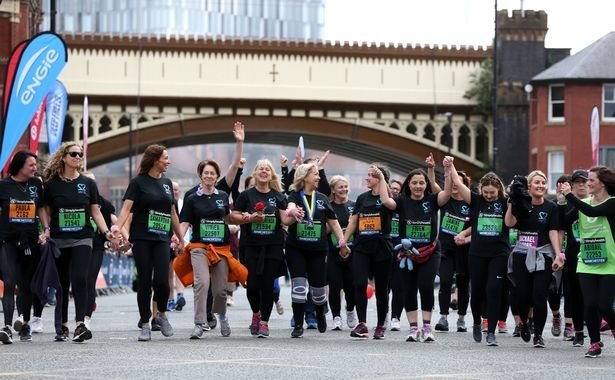 Fire fighter Aaron Lee ran after pledging to complete 22 races – one for each victim.

Former Manchester United footballers Ryan Giggs and Michael Carrick and city mayor Andy Burnham were among the stars to complete the race.

The 10 Republicans who voted to impeach Trump

Cops blasted after admitting they have stopped chasing moped thieves

Chloe Madeley says if your boyfriend is jealous of your sex toy, use it together