A child with a leading role in the new John Lewis advert lost his father when he died in a gun battle in Afghanistan when he was a baby.

This year’s pre-Christmas advert for John Lewis features a school band doing their own version of Queen’s Bohemian Rapsody.

Charlton Taylor, nine, appears from inside a box to sing a line of the song. 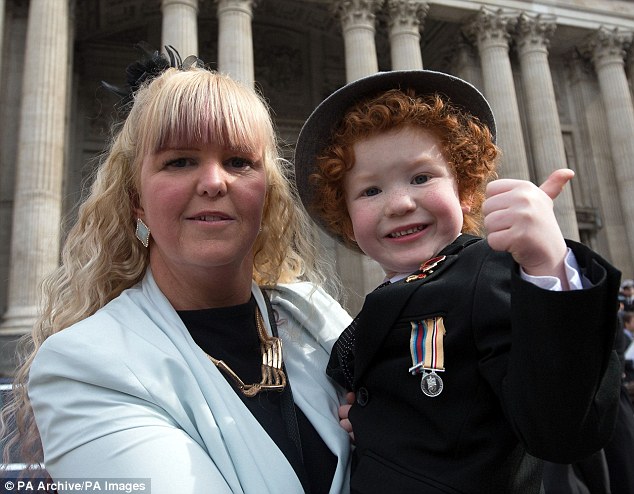 Charlton Taylor, nine (pictured with his mother Sonia Flemming) appears from inside a box to sing a line of Queen’s Bohemian Rapsody in this year’s pre-Christmas John Lewis advert

It debuted on TV last night during the new episode of the Great British Bake Off on Channel 4.

But while his mother Sonia Fleming was proudly watching at home, his father Michael Taylor couldn’t.

The 30-year-old was killed in a gun battle as he fought with Charlie Company, 40 Commado Royal Marines in Afghanistan’s Helmand Province in June 2010. 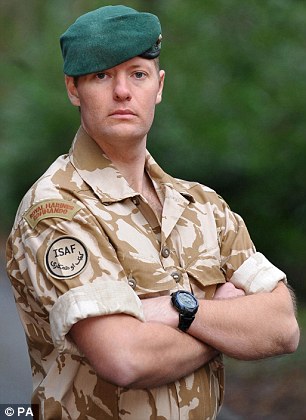 His father Michael Taylor, of the 40 Commando Royal Marines, died in combat in 2010 in Afghanistan

Little Charlton was just 10-months-old and his brothers Ethan and Wesley 13 and 11.

His mother, of Rhyl in Denbighshire, told The Mirror: ‘Michael didn’t sing or dance, he was shy like me, so I have no idea where ­Charlton’s talent comes from.

‘But Michael would have been so proud. He does ask about his dad a lot, it is hard because he has no memory of him.

‘It’s heartbreaking he never got to know his great dad like the others did but me and his older brothers tell him all about Michael.’

The family set up the Rhyl Commandos Junior Football Club in Michael’s memory.

They also set up an annual event where his friends and former colleagues visit and come to watch the game.

Charlton is part of a local stage school and auditioned for his John Lewis role more than a year ago.

He already has his own agent who got him the part at a school in London.

The Mail on Sunday revealed this week that Elton John paid £5million for his famous ‘Your Song’ to appear on this year’s iconic Christmas advert.

Child star: Little Charlton is dressed up as a martian in the new department store advert

Photos emerge of Sir Ernest Shackleton and his Antarctic expedition

Adopt A Pal: A trio of puppies get the week started

'The Young and the Restless': What You May Have Forgotten About Sabrina Costelana Newman