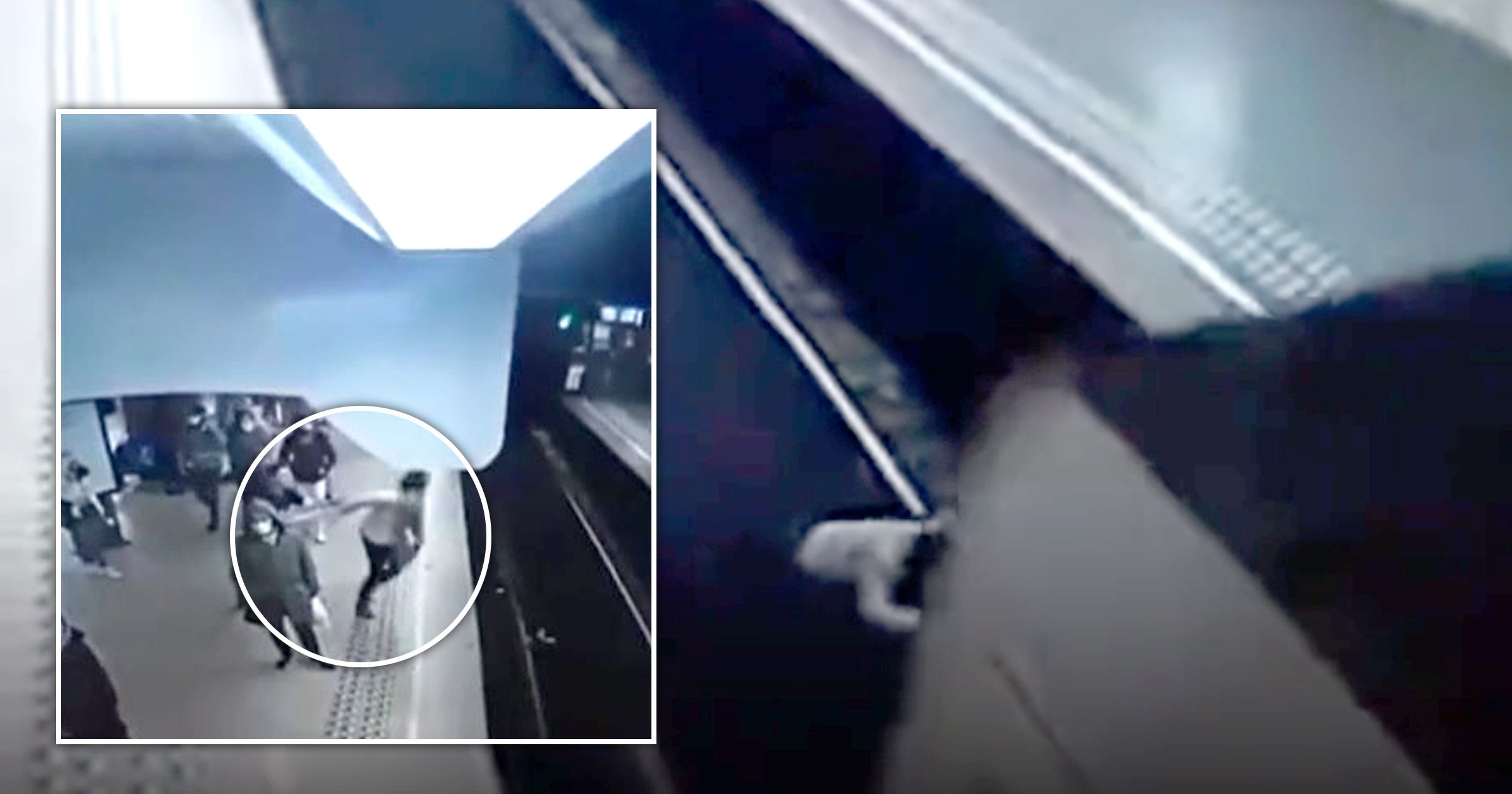 A woman was very nearly killed when she was pushed onto the tracks in front of an oncoming train.

The shocking moment was captured on CCTV at the Rogier underground station on the Brussels Metro on the evening of January 14.

The footage shows a man wearing a backpack looking anxiously around the crowded platform before sneaking up behind the woman and violently pushing her onto the track.

She’s seen hitting her head on the rails before a train arrives.

However the metro driver was able to brake just in time and avoided crashing into the woman.

A 23-year-old suspect, who has not been named, has been arrested for attempted manslaughter after the incident.

An Van hamme, spokesperson for the Brussels transport company STIB, said: ‘The metro driver was able to brake just in time and thereby avoid a collision.’

The woman, who is 55, was not reported to have suffered any serious injuries and was taken to hospital in shock.

Van hamme said: ‘Our metro driver was also in shock and also had to go to hospital.’

Local media said the suspect was beaten by an outraged passenger and fell on the tracks.

Sarah Durant of the Brussels public prosecutor’s office said: ‘The perpetrator crossed the tracks and then fled through one of the exits of the metro station.

‘Thanks to the police’s dissemination of the suspect’s images, he was intercepted a few minutes later while he was at De Brouckere metro station.’

The investigating judge also appointed a psychiatrist to evaluate the suspect’s mental wellbeing. In the interest of the investigation, the Brussels public prosecutor’s office said it will not comment further at this time.

Making robots nearly as nimble as human hands, with tech powered by AI