A 43-year-old chimpanzee has been seen cradling her newborn baby at Chester zoo for the first time.

Expectant mother Mandy gave birth to the tiny chimp on August 21, and has kept her baby hidden from keepers until now.

Primate experts at the zoo are yet to determine the sex of the new arrival, but have declared the birth is ‘hugely significant’ for the western chimp subspecies.

Estimates suggest as few as 18,000 of the characterful primates remain in the wild in Africa. It is the first chimpanzee subspecies to be added to the list of critically endangered species. 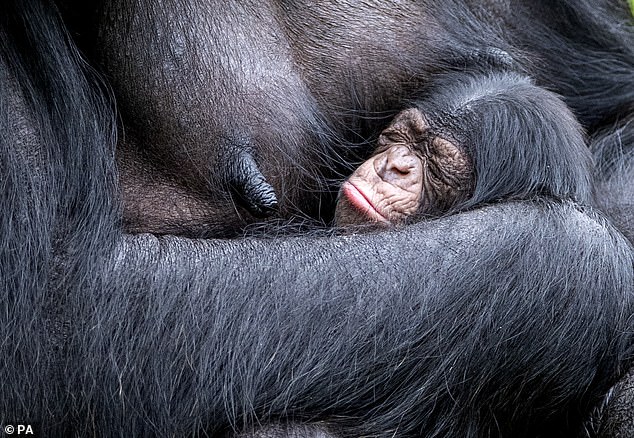 Mandy gave birth to the baby chimp, pictured, at Chester zoo on 21 August 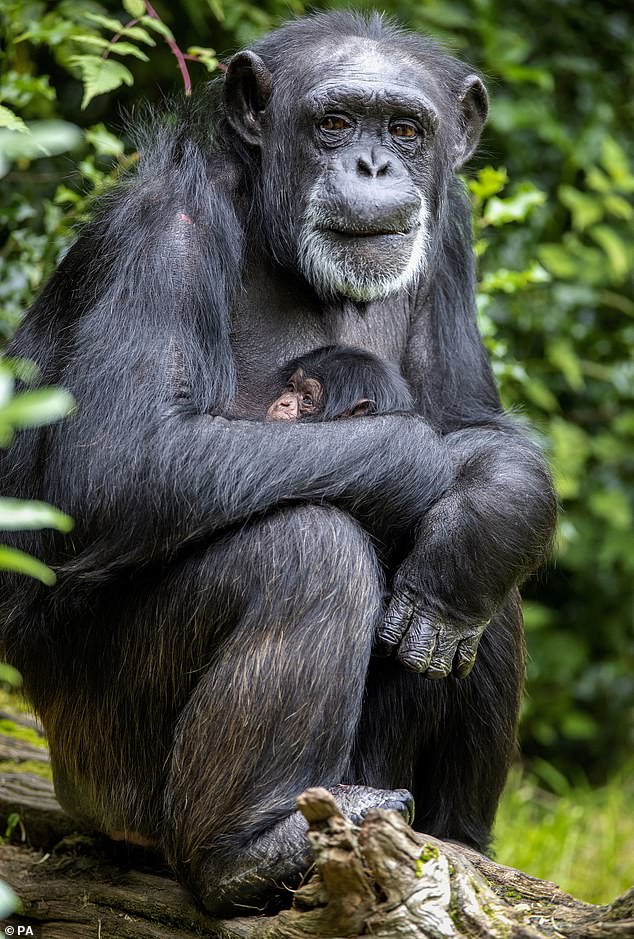 ‘She’s bonded instantly with her new baby and can be seen protectively cradling it in her left arm at all times.

‘It’s a little too soon to tell if her new arrival is male or female as a newborn chimpanzee will remain in the arms of mum for several months until they develop the confidence to start exploring independently.

‘Most importantly though, it’s bright eyed, alert and getting stronger by the day.

‘A new arrival always creates a lot of excitement – it’s a real extended-family affair as many of the females in the group often want to help to take care of the newcomer while, for some of the juvenilles, seeing a mum with a new baby is a completely new experience.

‘It’s great to see the other youngsters watching Mandy closely and learning from such a natural mother.’ 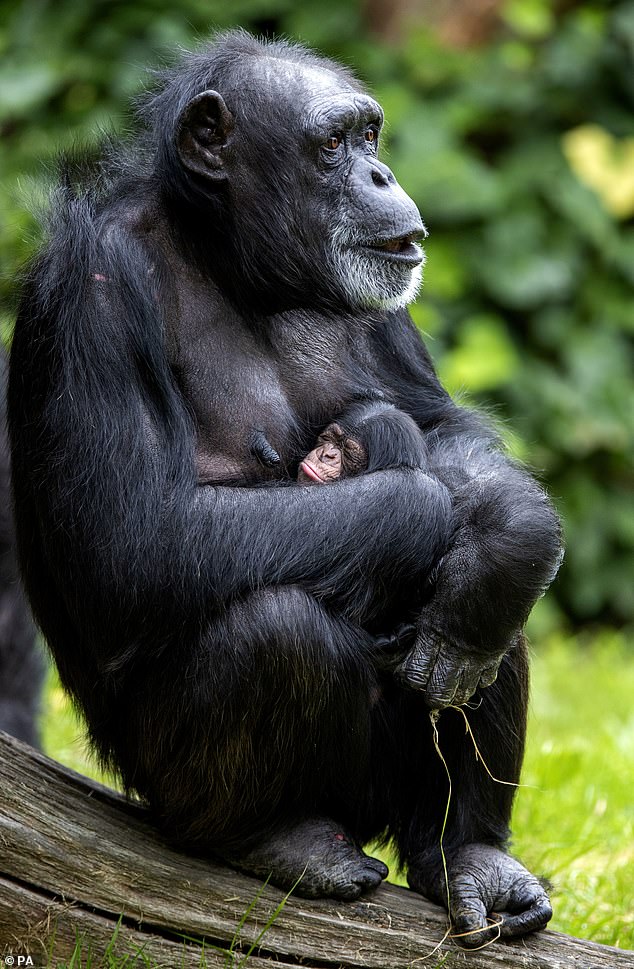 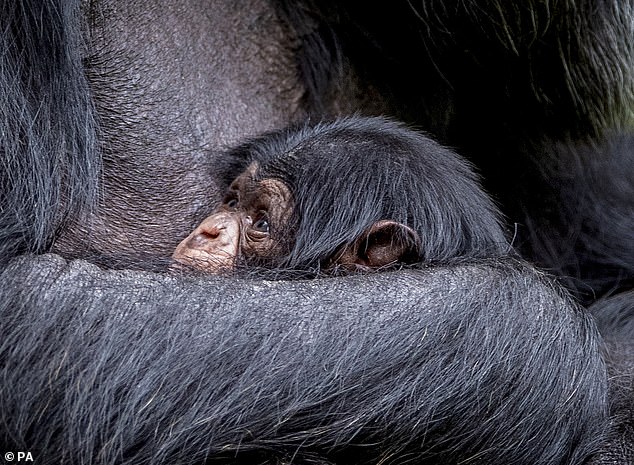 Less than 18,000 members of the subspecies remain in the wild. They are considered to be critically endangered, according to animal experts

A scientific research project, carried out over a decade, has carefully assessed the genetics of all the chimpanzees living in European zoos.

The study has confirmed that the genetic make-up of the group at Chester Zoo is vital to the future of the Western chimpanzee subspecies.

Mike Jordan, animal and plant director at the zoo, added: ‘We’re incredibly proud to see a precious new baby in the group – it’s a hugely significant addition and a big boost for this species.

‘The chimpanzees here at Chester are a key part of the international efforts working to ensure there’s a viable safety-net population of these critically endangered animals. 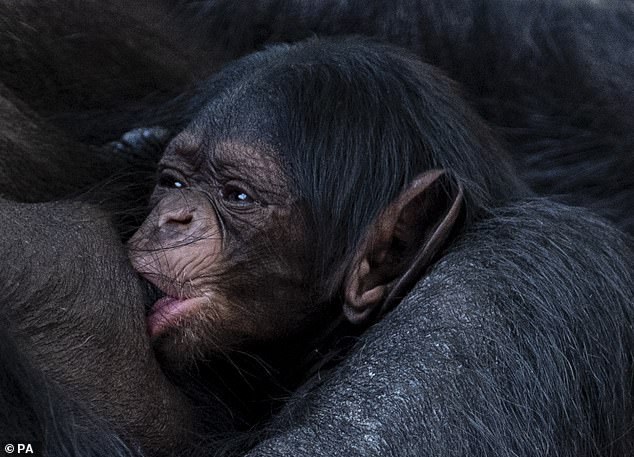 ‘In the wild, the Western chimpanzee is under huge threat from hunting, the illegal bush meat trade and extensive habitat loss – all a result of human activity.

‘Western chimpanzee populations have declined extremely quickly and continue to do so – with little or no prospect of this decline halting.

‘It makes the conservation populations in zoos extremely important for the future.’

Windows 10 update is here, but Microsoft has warned some PC users to avoid it

Demi Lovato Is Stable and Alert After Apparent Overdose