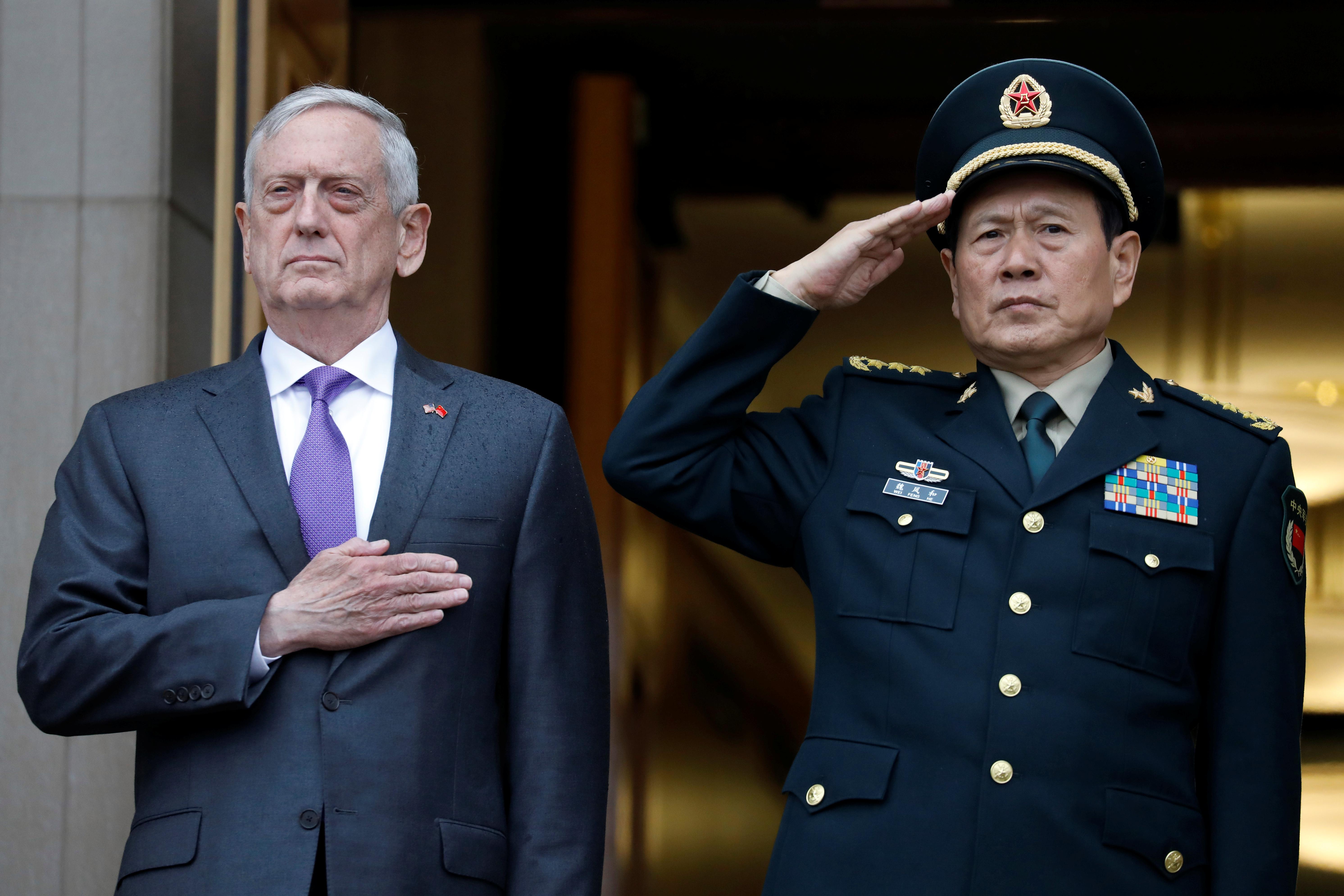 U.S. President Donald Trump said this week he would replace Mattis two months earlier than expected, after he resigned the previous week over policy differences with Trump.

Trump on Monday criticized Mattis and his view of alliances, saying the Pentagon chief failed to recognize the true costs of America’s military support around the world.

In his resignation letter, Mattis said he believed the United States “must be resolute and unambiguous in our approach to those countries whose strategic interests are increasingly in tension with ours”.

He identified Russia and China as countries that “want to shape a world consistent with their authoritarian model”.

“At the same time, while Secretary Mattis was in office he made positive efforts towards making the China-U.S. military relationship a stabilizer in bilateral ties,” he said.

Deputy Defense Secretary Patrick Shanahan will take over from Mattis on an acting basis from Jan. 1.

Wu said that under Shanahan’s leadership, China expected military ties would continue to develop in a healthy and stable way.

Relations between the world’s two largest economies have plumbed new depths under Trump amid a bitter trade dispute and disagreements over Chinese-claimed Taiwan, the South China Sea, and other geopolitical flashpoints.

Worried that weak ties between major militaries could lead to misunderstandings that snowball into conflict amid tense relations, U.S. officials had said Mattis was attempting to forge a relationship with Chinese military leaders.

One Chinese official previously told Reuters that Beijing regarded Mattis as a “wise man”, experienced enough in war to know it is best avoided.

However, as Mattis tried to cultivate ties to contain crises, the Pentagon ramped up activity that irritates the Chinese government, such as “freedom of navigation” operations in the disputed South China Sea.

Still, in a sign China wants its military relationship with the United States to progress, Wu said Chinese naval chief Shen Jinlong had spoken last week with Chief of U.S. Naval Operations Admiral John Richardson and invited him to visit.

Are they telling the truth? We fact check Trump and Biden's claims