Beijing’s chief medical advisor has claimed that the coronavirus pandemic will likely reach a turning point at the end of the month.

The prediction comes from Dr Zhong Nanshan, the leader of a team of experts appointed by Beijing to tackle the health crisis.

The epidemiologist, 83, also forecast that China would not see a second wave of infections ‘due to our powerful monitoring system’. 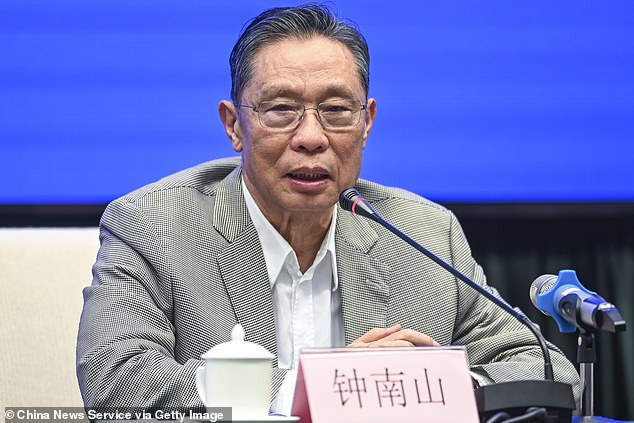 ‘As more countries have imposed strong measures, I estimate that it should be around the end of April when [the number of new confirmed cases] would decline,’ Dr Zhong said to a reporter

Dr Zhong made the comments during an interview with Shenzhen Television Station today.

He said: ‘To deal with [the novel coronavirus pneumonia], which is highly infectious and has, we should say, a high mortality rate… there are two methods.

‘One is to suppress [the transmission rate] to the lowest level and stop it from spreading, and then buy more time.

‘The other is to delay [the transmissions] and reduce the number of patients through some methods.

‘As more countries have imposed strong measures, I estimate that it should be around the end of April when [the number of new confirmed cases] would decline.’

Dr Zhong also dismissed claims that the country is facing a looming new outbreak due to the so-called ‘silent carrier’, who are infected with the virus but show no symptoms.

He said no evidence showed that asymptomatic cases have a high transmission rate. 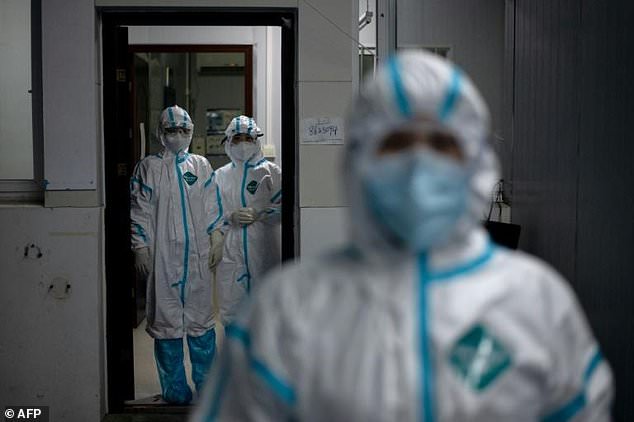 Since emerging in China in December, COVID-19 has spread across the globe, claiming over 43,000 lives and infecting more than 860,000 people

People in China have also feared that those who test positive again after being declared recovered could bring risks to their communities.

Commenting on that, Dr Zhong said the chances of recovered patients being infected again were small due to the antibodies in their bodies.

And even they do test positive once more in rare cases, the transmission rate of these people would be low because ‘no live viruses have been cultivated from test samples of such cases’.

The coronavirus pandemic has claimed more than 30,000 lives in Europe alone, a global tally showed on Wednesday, in what the head of the United Nations has described as humanity’s worst crisis since World War II. 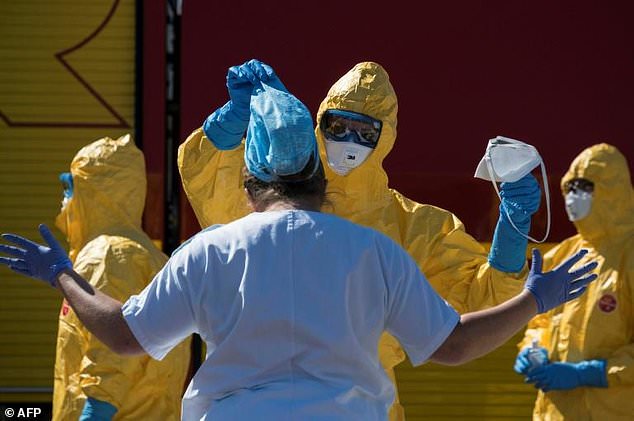 Italy and Spain bore the brunt of the crisis, accounting for three in every four deaths on the continent, as the grim tally hit another milestone even though half of the planet’s population is already under some form of lockdown in a battle to halt contagion.

Spain reported a record 864 deaths in 24 hours, pushing the country’s number of fatalities past 9,000.

The toll is only dwarfed by Italy’s, where the virus has killed nearly 12,500 people. 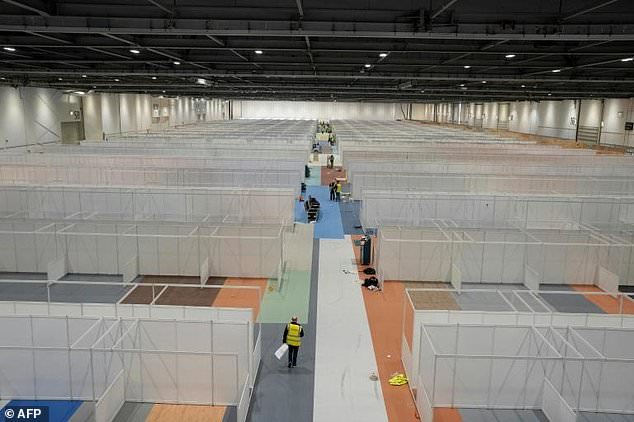 Countries around the world are setting up extra medical facilities to cope with the pandemic, such as this Nightingale hospital in Britain

The US coronavirus death toll soared to more than 4,000 last night, doubling within three days, according to a tally from Johns Hopkins University.

Yesterday, the US exceeded the number of deaths reported in China (3,309) where the virus is believed to have emerged from a wet market in Wuhan in December.

Kaitlyn Finally Addressed Those Split Rumors, So ‘Bachelor’ Nation Should Really Listen Up

Jeffrey Epstein in danger of being murdered before his trial