Sea Lake was a little known town in north-west Victoria with a doubtful economic future when a nearby salt lake suddenly became a darling of Chinese social media in 2014.

Photographs of Lake Tyrrell showing the dramatic reflective surface of the lake went viral on the WeChat platform, sparking a Chinese tourism stampede and a rush of local investment in tourism businesses.

But when the coronavirus pandemic put a sudden end to international travel last year, local tourism operator Julie Pringle worried the boom was about to go bust. 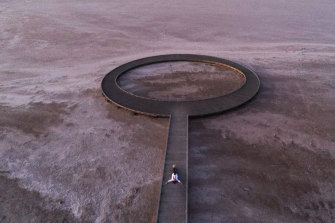 “My whole world stopped. It was just so scary,” she says.

Her fears began to subside when Victorians were freed from their extended lockdown and began exploring the Mallee town in greater numbers.

“The lockdown certainly encouraged people to travel to regional Victoria.”

Local tourism is giving new hope to business owners in Sea Lake that they will have a future even though there is little prospect of international travel resuming any time soon.

Ms Pringle, who runs accommodation and tour group businesses, says domestic tourism cannot replace what has been lost during the pandemic but it has provided a much-needed economic boost for many operators.

Before tourism took off in Sea Lake the town’s future appeared bleak as businesses folded and locals worried there was little to keep young people from being lured to bigger population centres. 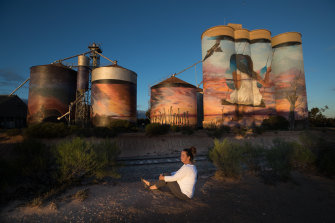 Sea Lake has also joined the silo art trail, helping to consolidate its place on the local travel circuit.

A group of locals banded together to rescue the Royal Hotel on the main street. A range of accommodation is now available and houses have sold so they can be listed on AirBnB.

Mr Mott had already been running a successful accommodation business for a couple of years. But he concedes the decision to open the gallery in 2020 may have seemed a little odd.

“A lot of people looked at us and thought ‘what the hell are you doing? Why would you have a gallery in Sea Lake’?” he says.

But Mr Mott says he saw an “opportunity greater than international tourists” for the town.

Mr Mott says finding staff to work is now among his biggest problems but he is still planning to install a kitchen in the gallery so he can add a cafe. 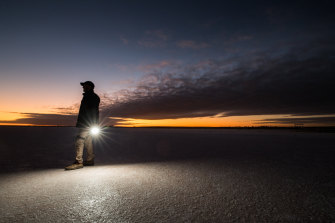 “We think this is a sustainable industry and certainly has growth potential.”

“It kicked them hard,” he says.

But he believes communities are “cautiously optimistic” that domestic tourism will continue and the signs so far are positive.

“Caravans are everywhere,” he says. “People are out and about.”

And Cr Warren says real estate agents are reporting they cannot get enough houses to sell while some young people who left the region are starting to move back.

But he credits local tourists with helping to preserve Sea Lake’s tourism-based economy.

“It’s the Victorians who kept it going once we came out of hard lockdown.”

‘The House With A Clock In Its Walls’ Ticks To $840K Thursday & Will Keep September B.O. Clicking